Last night, Democratic contenders for the presidential nomination debated in New Hampshire. AP offers a form of a fact check.  On Iraq, they note:


BIDEN, saying President Barack Obama asked him to get 156,000 troops out of Iraq: “I did that.”
THE FACTS: True, but that's not the end of the story. Obama asked Biden to take the lead in efforts to withdraw troops and coordinate efforts to maintain stability in Baghdad. What Biden did not mention was that some of the troops had to go back.
Obama and Biden failed to win agreement from the Iraqi government to keep a limited number of U.S. troops there after December 2011. That was the deadline for a complete U.S. pullout under a deal negotiated by the Bush administration in late 2008. Biden was still vice president when Obama was compelled to return American troops to Iraq in 2014 after the rise of the Islamic State extremist group.


Joe Biden was also responsible for overturning the 2010 election and installing Nouri al-Maliki for a second term after the Iraqi people voted him out as prime minister.


For some reason, the press never wants to pursue that issue.  A more in depth fact check can be found at THE WASHINGTON EXAMINER.

In Iraq, the protests continue -- as do the attacks on the protesters. 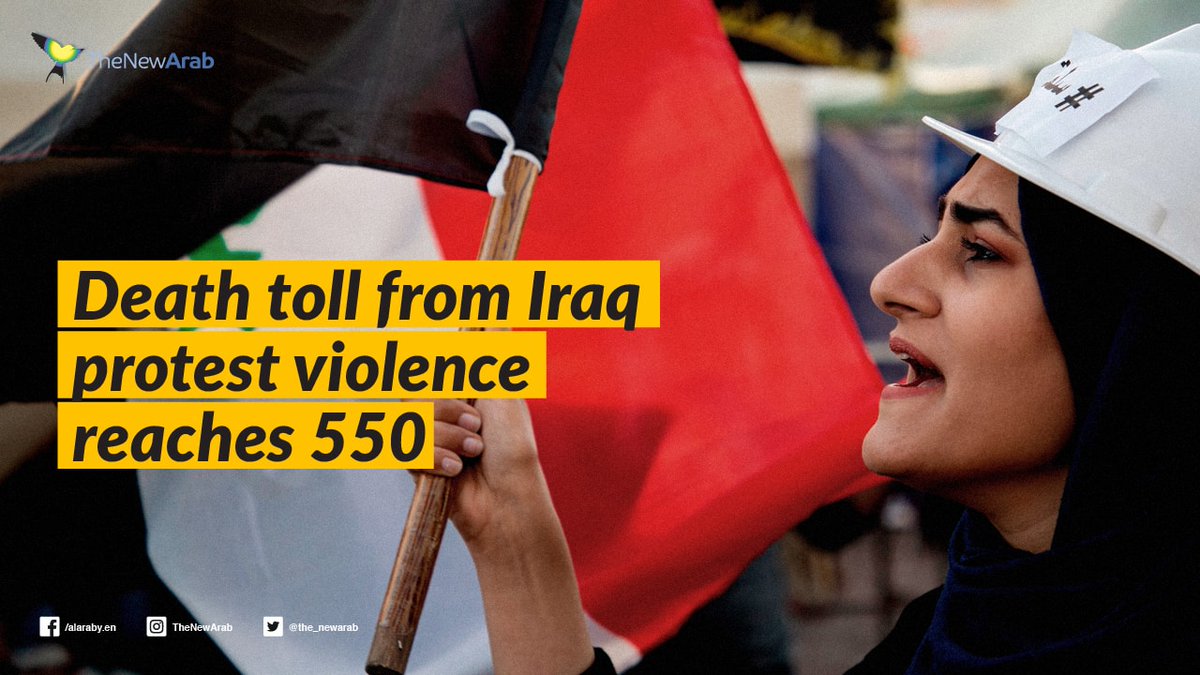 
Attacking the protesters?  The goons of cult leader Moqtada al-Sadr.

Moqtada has fled to Iran.  He's hiding like a chicken does.  Poor Moqtada.  Once upon a time, he could have been a leader.  Now he's just a coward who flees the country.  Sofia Barbarani (ALJAZEERA) notes:


And while he inherited his father's followers, not everyone trusted that al-Sadr could live up to the Grand Ayatollah's iconic image.
His volatile nature and poor academic record - young Muqtada did not complete his religious studies - were well known among the Iraqi public and many, including politicians, as well as neighbouring Iran remained sceptical.
His powerful family ties helped him maintain his position of authority and in the wake of the 2003 US-led invasion of Iraq, al-Sadr made a bid to expand his political power. Harnessing nationalistic sentiment in the country, he began to build his eponymous political movement along with an anti-US militia, successfully appealing to millions of followers from low-income areas by offering education and health services.
The young religious scholar's often reckless decision-making did not deter old and new followers alike from backing him as he built a political base, lending him the popular support that would later make him a key power broker in Iraqi politics as the head of the Sairoon Alliance.


The protesters are not buying the push for Mohammed Allawi as the new prime minister.  That's for many reasons.  But one reason is noted by Ibrahim Zobeidi (ARAB WEEKLY), "Suffice it to know that al-Sadr, whose brother happens to be married to Allawi’s daughter, ordered his thugs to impose Allawi’s nomination on the masses of protesters at Tahrir Square in Baghdad, by force of arms and batons and just plain rude hooliganism, to have an idea about the monstrosity of the fraud."


After the agreement between the major parliamentary blocs, Iraqi President Barham Salih appointed Mohammed Allawi as prime minister-designate, moving forward with a candidate to replace former Prime Minister Adel Abdul-Mahdi who was effectively forced to resign because of his violent mishandling of the protest movement that has rocked Iraq since last October.
Salih charged Allawi with forming a new cabinet within a month and Allawi promised a government staffed with ministers who are competent and not compromised by their political connections.
While all of this sounds promising to outsiders unfamiliar with Iraqi political affairs, the protesters made it abundantly clear they are not interested in buying whatever Allawi has to sell.
Within minutes of the announcement of his appointment February 1, demonstrators filled the streets of Baghdad, chanting “Allawi is rejected! Allawi is rejected!” This gave a clear picture that the new PM-designate is viewed no differently than the rest of the political class, despite his entreaties to the protesters to keep up their demonstrations “because if you are not with me, I [Allawi] won’t be able to do anything.”
The fact that Allawi had to admit to being powerless to make substantive changes without massive pressure external to Baghdad’s halls of power vindicated the protesters’ position that he is an unsuitable candidate.
Allawi very much embodies the “new order” class of Iraqi political elites that emerged following the US-led invasion that toppled decades of Ba’athist rule in 2003.
Allawi, a 65-year-old Shia Arab, began his political career in the aftermath of the US-led invasion and twice served as communications minister under Iraqi Prime Minister Nuri al-Maliki. He resigned both times, alleging corruption and interference in personnel appointments in his ministry.
If he knew Maliki was corrupt the first time, the question remains why he agreed to work for him again. After all, it is not as though Maliki, who ruled Iraq for eight years in an orgy of sectarian bloodlust, made any attempt at showing he was reformed.

Some Tweets from Bernie Sanders