The people are standing in line for food, millions without healthcare coverage, millions unemployed and Congress heads home. Where is the street heat demanding the state safeguard the human rights of the people to be able to live with dignity? Both parties are playing games.
12:44 PM · Nov 19, 2020

Where is the US Congress?  Where's the leadership?  Jimmy Dore rightly noted Nancy Pelosi's ridiculous claim -- her angry snit fit with CNN's Wolf Blitzer -- that "we feed them!"

The only person Nancy Pelosi's helping is that doctor who keeps agreeing with her that more plastic surgery is the option and that she looks 'good.'

The American people are suffering and the Congress has done nothing.

At least US House Rep Ro Khanna Tweeted the following:

That's more than Nancy can or will do.  Stop pointing at Donald Trump.  He's on the way out.  The Congress has failed the people.  Christmas is around the corner and people are struggling right now to eat, to pay rent and the Congress is doing nothing.  They're failures and they're frauds.

They are supposed to be serving the American people and they're not doing their damn job.

The faux 'resistance' doesn't give a damn about the rest of the world.  That's why they ignore the ongoing wars.  But if you pay attention to the world, Donald's response wasn't the worst out there and it wasn't really all that different from what took place in other countries.  The CDC didn't even the same response back then that they have now.

Maybe it was because there was a mask shortage, but people were being told at the start that masks weren't necessary.  The response changed as it went a long, as people learned more.

Krystal Ball: If you actually care about the people who are lining up at food banks, the kids who are going hungry, the families who are about to get their lights and gas shut off heading into the bitter winter months, the restaurant owners whose dreams are all going up in smoke, the airline workers who've been kicked to the curb by the thousands, this is about as good as it's going to get. And Pelosi?  She's just rejected it flight out.

See the video below.

People are suffering and Nancy Pelosi is failing them.  She's going to continue as Speaker of the House despite that.  There's no accountability.  Once upon a time, the Speaker of the House was a real leader who did things to help the American people.  Tip O'Neill, Sam Rayburn, William B. Bankhead -- they were notable and strong Speakers.  Nancy? She's a failure.  "She's a first!"  Only in gender.  In terms of history, she's another Nicholas Longworth who ruled as Speaker during the Great Depression and attacked the progressive wing of his party (GOP) while arguing for balanced budgets and tax cuts.  He didn't work for the people, not at all.  Longworth died in office April 9, 1931 (a month after he went from Speaker to Minority Leader when his party lost control of the House) -- of pneumonia.  Reading over his UNITED PRESS obituary, written by Foster Eaton, it's easy to see Nancy in it -- someone born into wealth who married into prominence and delivers nothing:

His triumphs were those of a personality which cut through the fact that he was a son-in-law of the dynamic Theodore Roosevelt, the husband of the glamorous Alice Roosevelt, a rich man's son, an epicure, fond of spats, an artist on the violin, piano and pipe organ, in appearance a natty club-man type, in taste almost a dilettante -- the whole load enough to blight the average political career.

Yet he fought his way up in a man's game where the rough and tumble goes to the strongest and the quickest.  He not only won the speakership, but promptly made it again by force of his personality much the same powerful office it was in the days of Reed and Cannon, although without the aid of the old-time rules which made their czardoms easier.

His obituary ran on the front page of newspapers, on the second page, they noted the death of Margaret Frances Beery -- mother of actors Noah and Wallace Beery.  That's about what Nancy can expect when she passes away.  Remembered one page ahead of some celebrity's mother and then quickly forgotten because she did nothing for the people.  Remembered today?  It should be for being a powerful member of Congress who, during Prohibition, formed the 'Board of Education' with other members of Congress -- a drinking club that violated the very law Congress passed.  (Yes, Prohibition was the 18th Amendment -- it was an amendment aided by several Congressional measures -- most notably, the Volstead Act.  Or maybe he's remembered for his war on progressives in his party and how that led to the GOP losing House seats in the 1930 election?  Nance can relate.

Nancy's done nothing, Nicholas did nothing.  The more things change, the more they stay the same.

Speaking of losers,  this 2012 Tweet of Barack Obama's is being noted:

This didn’t age well. Obama and Biden promised to end the US wars in Afghanistan and Iraq. Instead, they expanded Bush’s wars from 2 to 7, and increased drone strikes ten fold.

Sarah's right.  So many idiots are wrong -- or lying.  They've lied for years to pretend that Barack ended the Iraq War.  He didn't.  Now partisans on both sides lie.

Note this from Infidel Angela:

Why isn’t anyone talking about the fact that President Trump ended the Iraq and Afghanistan war??
6:23 PM · Nov 21, 2020

Trump hasn't ended the Iraq or Afghanistan wars.  Quit lying -- or are you so stupid that you think a drawdown is a withdrawal?  It wasn't in 2011 and it's not today.

Let's talk e-mails to the public account where 45 people insist that Donald Trump ended the Iraq War.  And then they add that I celebrated the drawdown Barack did.

Are you insane or just liars?  I didn't just call out Barack's drawdown when it happened, I have called it out every year -- over and over every year -- since it took place.  This site is only still posting -- years after I wanted it ended -- because the Iraq War did not end.

No, I did not praise Donald Trump this week.   Had he announced a withdrawal from Iraq, I would have.  I was afraid I was going to have to.  Donald's not anyone I like.  But I was prepared to offer him praise.  And it would have been deserved praise if he'd ended the Iraq War.  But removing 500 US troops from Iraq is not a withdrawal, it's a drawdown.

I won't praise that and pretend it's a withdrawal.  Other than the Pentagon in 2011 and 2012, no one used the term "drawdown" more than we did here.  Everyone else -- certainly our 'brave' (lying) media didn't use it, it was all about withdrawal! withdrawal! -- lied.  I didn't lie for Barack and there are some who will never forgive me for it.  I marvel over BUZZFLASH repeatedly sending me things they want posted here.  When Barack was president, they flat out ignored me.  When Bully Boy Bush occupied the White House, Buzz and Buzz's Mark e-mailed constantly.  They even highlighted and linked to this site.  I lost that for telling the truth about Barack.

Guess what?  I'm okay with that.  I'm the one who refused to go along with bullying children and asked child bullier ALTERNET to remove this site from the permanent links.

But don't show up in 2020 and tell me that I was easy on Barack and that I pretended his drawdown was a withdrawal.

The Iraqi people and their suffering matter more to me than any partisan bulls**t in this country.  More and more, I feel like I'll be dead before the Iraq War ends -- both because there's no end in sight and because I'm on chemo these days -- but if I'm alive, I feel I'm doomed to forever cover this forever war.

Some 50 prisoners in Iraq face possible execution on Monday following conviction on terrorism-related crimes in unfair trials, according to the United Nations human rights experts.

In a joint statement released on Friday, UN experts urged the Baghdad government to immediately halt all mass executions, noting that 21 prisoners had been executed in October, followed by a further 21 last week in Nasiriya Central Prison, also known as Al Hoot.

I'm looking at e-mails in the public account and figured we'd do a talking post.  Today's big topic?  I'm promoting my friend Patty Smyth with the following:

Patty's not my friend.  I know Tatum O'Neal -- and I love Tatum.  I almost didn't note Patty at all as a result.  (Tatum was John's first wife, among other things.)  But she (Patty) has a new album out and I thought I'd note her for that reason.  I actually like "The Warrior" (Holly Knight co-wrote the song and Holly is someone I consider a friend).  "Goodbye To You" I remember seeing on MTV.  I thought Patty did a pretty solid job with the "Lullaby Sessions" and on Jimmy Fallon and I think she nails "Ode to Billy Joe."  I hope her album is successful.

Valerie Simpson is a friend.  When her album came out, I noted it only once.  :(  I wish I'd done more.  We didn't post videos then.  We're doing that because it's the pandemic.  When that's over, we'll drop the amount of postings here.  I try to have new stuff up here during the pandemic in the same way that we never went on vacation.  Christmas came about two months into this site's run.  And people were e-mailing asking if we would have content over the Christmas break?  Never thought about it but said sure, why not.  Turns out a lot of sites went on vacation.  Some people, like Krista, weren't able to go home for the holidays, etc.  So it's a pandemic and we're posting more often as a result.

Biden’s First Priority: Undo the Damage Done by Trump | Joe Biden Owes His Victory to the Left, No Matter What the Democratic Party Says 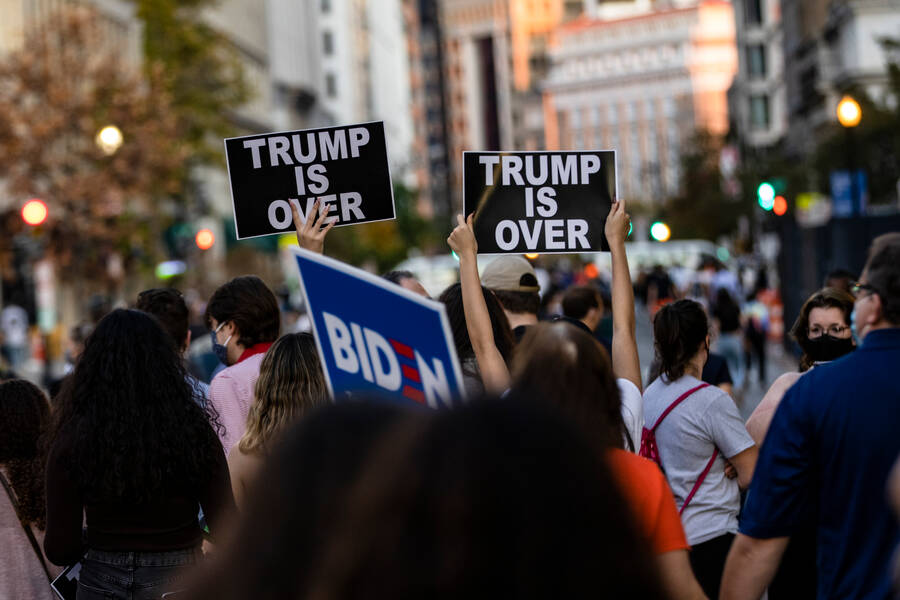 Joe Biden Owes His Victory to the Left, No Matter What the Democratic Party Says

Organizers, not consultants, delivered key states like Pennsylvania, Arizona and Georgia. Democrats ignore this reality at their peril.

Biden Must End the War He Helped Start

Yemenis call on the president-elect to stop the onslaught.

The Message from this Election? Bring the “Ruckus on the Democratic Party.”

Don’t believe the establishment: The 2020 election results are a vindication of the Left’s inside-outside strategy.

Democrats Are Scared to Use Their Best Leverage

In a Functioning Democracy, Pelosi and Schumer Would Have Already Been Tossed from Democratic Leadership

Dean Spade on How Mutual Aid Will Help Us Survive Disaster

We have to fundamentally reimagine community if we want to avoid “intensive, uneven suffering followed by species extinction.”

The MAGA Army Tries to Drag America to Hell

My Grueling Search for Asylum From an Undeclared War

A member of the Honduran resistance movement tells his story.

What You Need to Know About BDS

On the global, nonviolent movement for Palestinian freedom.

BY IN THESE TIMES EDITORS

Lessons from the tumultuous election in 2000 are still relevant 20 years later.

BY IN THESE TIMES EDITORS

Millions of U.S Workers for Walmart, McDonald’s and Other Corporate Giants Rely on Food Stamps and Medicaid

A new report commissioned by Bernie Sanders shows that corporations are soaking up profits—while paying workers so little they depend on government assistance to survive.

As a 501(c)3 nonprofit publication, In These Times does not oppose or endorse candidates for political office. All donations are tax-deductible up to the extent of the law (EIN: 94-2889692).