Talk about War Crimes in Iraq and Twitter will silence you

U.S. Dept. of Fear ‏@FearDept  2h2 hours ago
In her memoir, Hard Choices, Hillary said she'd learned from her mistaken Iraq War vote and wouldn't be so reckless again. Then came #Libya.


And then came Libya.

HARD CHOICES -- I always felt Bill suggested the title to her.

I don't know what suggested to Kenneth Roth that he was sober enough to Tweet.

Kenneth RothVerified account ‏@KenRoth  4h4 hours ago
If Iraq must deploy sectarian militia, in the middle of the desert is a good place--harder to persecute civilians. http://bit.ly/2f6xc4X 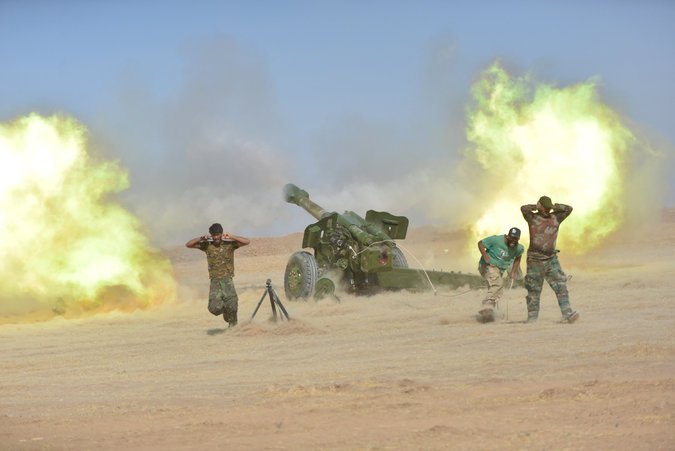 
The link goes to a report by Tim Arango (NEW YORK TIMES):


As the two-week-old campaign to reclaim Mosul, Iraq’s second largest city, from the Islamic State grinds on in outlying villages, the role of the Shiite militias, controversial because of their history of abuse toward the Sunni population, was part of a delicate set of negotiations involving the Iraqi government and the American-led coalition. Iraq’s prime minister, Haider al-Abadi, agreed to allow the militias a secondary role of sealing off the desert areas west of Mosul, but not entering the city itself.
That seemed to placate the Americans as well as Sunni leaders, especially because the militias, known as the Hashd al-Shaabi, or Popular Mobilization Units, could prove useful in catching Islamic State fighters trying to flee Mosul, as well as any reinforcements the terrorist group might try to send in from Raqqa, its de facto capital in Syria.

How is this good, Roth?

Because they'll be in the desert around Mosul and not in it?

I'm sorry where are the civilians going to be fleeing?

So who will they bump into?

Grab a clue, Kenneth Roth, there are plenty lying around on the floor.

Equally true, he doesn't seem at all concerned that of the 'military' leading the offensive, it includes a group under War Crimes investigation.


It's cute the way that got silenced, right?

And speaking of silences, where's the objection to the silencing of an Iraqi woman by Twitter?

Sticking up for Sunnis.

An important voice has been silenced.


Isaiah's THE WORLD TODAY JUST NUTS "Hillary and the FBI" and Kat's "Kat's Korner: Chris Brown's all mixed up on his mixed tape" went up earlier today. Another comic by Isaiah will be going up after this and new content's going up at THIRD.  Also Stan updated with "INFERNO."