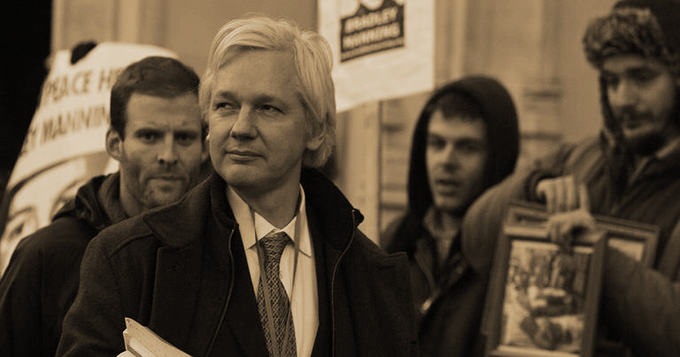 US President Joe Biden continues his ongoing persecution of Julian Assange.   Julian's 'crime' was revealing the realities of Iraq -- Chelsea Manning was a whistle-blower who leaked the information to Julian.  WIKILEAKS then published the Iraq War Logs.  And many outlets used the publication to publish reports of their own.  For example, THE GUARDIAN published many articles based on The Iraq War Logs.  Jonathan Steele, David Leigh and Nick Davies offered, on October 22, 2012:

A grim picture of the US and Britain's legacy in Iraq has been revealed in a massive leak of American military documents that detail torture, summary executions and war crimes.
Almost 400,000 secret US army field reports have been passed to the Guardian and a number of other international media organisations via the whistleblowing website WikiLeaks.

The electronic archive is believed to emanate from the same dissident US army intelligence analyst who earlier this year is alleged to have leaked a smaller tranche of 90,000 logs chronicling bloody encounters and civilian killings in the Afghan war.
The new logs detail how:
• US authorities failed to investigate hundreds of reports of abuse, torture, rape and even murder by Iraqi police and soldiers whose conduct appears to be systematic and normally unpunished.

• A US helicopter gunship involved in a notorious Baghdad incident had previously killed Iraqi insurgents after they tried to surrender.
• More than 15,000 civilians died in previously unknown incidents. US and UK officials have insisted that no official record of civilian casualties exists but the logs record 66,081 non-combatant deaths out of a total of 109,000 fatalities.

James Goodale, former general counsel and vice chair of The New York Times, has called on editorial boards throughout the country to condemn the prosecution of Assange. To Goodale, who represented the Times in four U.S. Supreme Court cases — including the landmark Pentagon Papers case — the true danger lies in moderate figures, such as Biden, perpetuating Trump’s repressive, anti-journalism policies.

Attorney General Merrick Garland’s failure to reject the Trump-era indictment against Assange risks the erosion of the First Amendment safeguards that protect reporters and publishers. Even if Assange is never convicted, the chilling effect on investigative journalism increases with each day that Assange remains locked in a maximum-security London prison fighting extradition. If he were to be flown to the United States for trial, the damage to press freedom would be immeasurable.

Biden backers often portray the president’s legacy in opposition to Trumpism, and Biden himself has called journalists “indispensable to the functioning of democracy.” With the midterms approaching, if Biden truly wishes to roll back the authoritarian abuses of the Trump era, he should have a problem with “the New York Times problem.”

Outlets such as the Tribune must follow the lead of the Times and the Guardian, increasing the pressure on Biden to dismiss the charges against Assange and to return us to safer, saner territory.

The report details 12 total deaths from U.S. forces in “a declared theater of active armed conflict,” which the report defines as Afghanistan, Iraq, Somalia, and Syria. All of the deaths occurred in Afghanistan in support of Operation Freedom’s Sentinel. “DOD does not assess other U.S. military operations in 2021 resulted in civilian casualties,” the report says, and only actions “attributed to the use of U.S.-operated weapons” are listed.

Included are the 10 deaths on Aug. 29 from the case of mistaken identity that killed a family during America’s rushed withdrawal from Kabul. In addition, approximately five civilians were injured by American forces in 2021, two in Afghanistan and three in a Jan. 1 airstrike in Qunyo Barrow, Somalia. Three cases of potential civilian casualty incidents in 2021 in support of Operation Inherent Resolve in Iraq and Syria “continue to be under assessment,” according to the report, which Congress has mandated since 2018.

The report details 10 deaths and 18 injuries from American strikes that occurred in Syria from 2018 to 2020 that previous annual reports did not account for [Chris Gordon, “Pentagon Releases Report Detailing Civilian Casualties in 2021,” Air and Space Forces Magazine, 2022.09.27].

You can be sure it's an undercount.  It certainly doesn't include Zainab Essam Majed al-Khazali.
15 year-old girl Zainab Essam Majed al-Khazali was just killed by US forces in Iraq, you won't hear any big news outlets talking about it because the crimes of western imperialism get a pass. BRING HOME THE DAMN TROOPS FROM IRAQ!
5:19 PM · Sep 26, 2022
It's been a week since she was killed and the only US news outlet to cover the death is WSWS.
Turning to politics, earlier this morning, Julian Bechoocha (RUDAW) reported:

Iraqi parliament’s leading Sunni bloc on Tuesday affirmed confidence in the legislative body’s Speaker Mohammed al-Halbousi, urging MPs to vote against vacating his post as he prepares to submit his resignation letter in the legislature’s first session after intra-Shiite clashes.

The Sovereignty Alliance in a statement said it stands by Halbousi as parliament speaker and called “on political parties and independent MPs to reject his resignation request," while hailing his position in straying the country away from “several woes.”

The Iraqi parliament will convene on Wednesday in its first session since June 23. Parliament meetings were suspended due to concerning protests in Baghdad when supporters of powerful Shiite cleric Muqtada al-Sadr stormed the legislature building and demanded the dissolution of parliament and early elections amid suffocating political unrest in the country.

The parliament's agenda includes voting on Halbousi's resignation, however, many expect the vote to fail.

"We do not expect Halbousi's resignation to be accepted," Shakhawan Abdullah, second deputy speaker of the Iraqi parliament, told Rudaw on Monday.

Halbousi's decision to call quits comes as the main Kurdish, Sunni, and pro-Iran Shite political blocs are expected to announce the formation of a new coalition with Iraq approaching a staggering one year without a permanent cabinet.

The new coalition, expected to be titled Running the State Coalition, does not include the Sadrist Movement, mounting fears that protests once again will ensue in the Iraqi capital by Sadrist loyalists due to dissatisfaction with Iraq's political system.

ASHARQ AL-AWSAT offers this take on the Speaker's moves:

Several political parties, starting with the Framework, have expressed their skepticism over Halbousi’s resignation, speculating that it was just a political maneuver to undermine the grouping and ensure his re-election to his post with a vast majority.

A Sunni official described as “very smart” Halbousi’s move to resign, noting that the Framework was going to sack him as soon as parliament convened because of his alliance with Sadr that had led to divisions among Shiites.

Speaking on condition of anonymity to Asharq Al-Awsat, the official explained that had the alliance with Sadr been successful, the Shiites would have lost their majority in parliament.

“The Framework would have never allowed this,” he stressed.

Moreover, the official said the Framework then worked on encouraging Halbousi’s rivals to “rebel against him” and even name an alternative for the position of parliament speaker.

However, Halbousi was one step ahead of them and joined the new alliance with the Framework. This move not only thwarted the plan to dismiss him, but also forces those who sought his sacking to back his re-appointment as speaker because his resignation would lead to the collapse of the new alliance before it is even officially announced, explained the official.

A leading member of the Framework confirmed that Halbousi’s resignation announcement throttled the group’s plan to unveil the new alliance.

It takes a special kind of hubris for a president of the United States to speak at the United Nations, the place where international law is supposed to be upheld and defended. Yet the representative of the worst violator of international law predictably shows up every September when the United Nations General Assembly holds its annual session. The late Venezuelan president Hugo Chavez got it right when he spoke in 2006:

“Yesterday, ladies and gentlemen, from this rostrum, the president of the United States, the gentleman to whom I refer as the devil, came here, talking as if he owned the world. Truly. As the owner of the world. I think we could call a psychiatrist to analyze yesterday’s statement made by the president of the United States. As the spokesman of imperialism, he came to share his nostrums, to try to preserve the current pattern of domination, exploitation, and pillage of the peoples of the world.”

Chavez is no longer with us, and Joe Biden is the third man to serve as U.S. president since George W. Bush was compared to the devil. But the words are as true now as they were then. This year Biden’s speech was replete with the usual drivel about the United States being some sort of guarantor of peace. Among other things, he said that permanent members of the Security Council should “...refrain from the use of the veto, except in rare, extraordinary situations, to ensure that the Council remains credible and effective.”

Perhaps Biden thinks that the rest of the world has amnesia. Every time the members of UN General Assembly condemn Israeli apartheid it is the U.S. that predictably steps in with a Security Council veto to protect its ally and partner in crime. Twelve of the 14 U.S. vetoes since 2000 were made on behalf of Israel. Any U.S. proposal calling for change in the Security Council structure is intended to weaken China and Russia’s veto power and to bring in its own puppets such as Germany and Japan.

Of course, Russia bashing was the focus of Biden’s speech with false claims of a nuclear threat, unprovoked attack, and accusations of war crimes. He didn’t mention well documented Ukrainian war crimes such as the shelling of civilians in Donetsk. Worse yet, there was no acknowledgement that Ukraine and Russia were negotiating until the U.S. and the U.K. intervened and scuttled the talks. Biden’s speech was full of projection and every condemnation leveled against Russia or Iran or Venezuela was instead an indictment of U.S. behavior in the world.

In the US, Will Lehman is running to become the next president of the United Auto Workers union.  His campaign issued the following:
The following sites updated:
Posted by Common Ills at 5:30 AM