Tuesday, December 29, 2020.  Iraq comes in second as deadliest place to be a journalist in 2020 per Reporters Without Borders, Jake Sullivan gets slapped on social media, and much more.

As the year winds down, Reporters Without Borders looks back at 2020.  OPB notes, "More journalists are being killed outside of war zones, and the overwhelming majority of this year’s grim total of at least 50 dead were deliberately targeted, many of them murdered while investigating organized crime, corruption and environmental degradation, Reporters Without Borders said Tuesday."  Rayhan Uddin (MIDDLE EAST EYE) points out, "Iraq was the world’s second deadliest country for journalists in 2020, according to an annual report published by Reporters Without Borders (RSF) on Tuesday. " ALJAZEERA offers this context, "The total number of journalists killed in 2020 was slightly lower than the 53 reported in 2019, although RSF said fewer journalists worked in the field this year because of the COVID-19 pandemic."

On Iraq, Reporters Without Borders notes:

Iraqi journalists risk their lives when they cover protests or investigate corruption, and the dangers have grown since the start of an unprecedented wave of anti-government protests in October 2019. Journalists who dare to report the demands of the protesters are liable to be harassed, abducted, physically attacked or even killed by unidentified militias. The threats come from all quarters and are designed to deter them from investigating or publishing the fruits of their research. Coverage of political or religious figures still regarded as untouchable can lead to prosecution or to media bans for disrespecting “national or religious symbols.” Murders of journalists go unpunished because they are not investigated or, if there is an investigation, it goes nowhere, relatives say.

The state’s powerlessness increases the dangers and makes it impossible to determine whether what the many militias are doing suits the government, whether the government has given them the go-ahead, or whether it has no control over the situation. The authorities have, however, banned live reporting from the protests, disconnected the Internet and, in a decision by the Media Regulation Commission, banned ten media outlets from covering the protests. Journalists are also worried by a proposed cyber-crime law providing for prison sentences (including life imprisonment) for online posts that endanger “the independence, unity or integrity of the country, or its economic, political, military or security interests.” The vagueness of this wording is alarming and liable to discourage the emergence of a truly free and independent press.

On RWB's World Press Freedom Index, Iraq comes in at 162.  And they note, "In Iraq, three journalists were killed in exactly the same way: by a shot to the head fired by unidentified gunmen while they were covering protests. A fourth was killed in Iraq’s northern Kurdistan region while trying to flee from clashes between security forces and demonstrators."  Khazan Jangiz (RUDAW) identifies the six journalists killed (if you're a media assistant or whatever we count you as a journalist here and have since the site started):

Two of the journalists were killed in Basra. Prominent Iraqi journalist Ahmed Abdul Samad and his cameraman Safaa al-Ghali were shot dead by unknown gunmen in their car while covering Iraq’s ongoing protests for Dijlah TV in January.

Yussef Sattar, a journalist and activist, was killed during protests in Baghdad, also in January.

Hunar Rasool, a Kurdish journalist for Gali Kurdistan TV died from injuries in Ranya, Sulaimani province on August 12 after he tried to escape clashes between protesters and security forces.

From the Committee to Protect Journalists, we'll note another 2020 murder that's Iraq related:

In a case of direct and public killing of a journalist by a government, on December 12 Iran executed journalist Roohollah Zam by hanging after sentencing him to death. Zam’s website and Telegram channel, Amad News—which he ran from exile—had reported critically on Iranian officials and shared the timings and locations of protests in 2017; Telegram shut down the channel in late 2017, but the account later reemerged under a different name. CPJ classifies Zam’s killing as a murder, based on methodology that defines murder as the targeted killing of a journalist in direct reprisal for their work. Iranian intelligence agents detained Zam in Iraq in October 2019 and took him to Iran, according to CPJ research; authorities aired a video of him apologizing on a state television. He was convicted and sentenced to death in June on 17 charges including espionage, spreading false news abroad, and insulting Islamic values and the supreme leader; the sentence was confirmed on December 8. In announcing his execution, Iranian state media referred to Zam as “the leader of the riots,” referring to protests in the country in 2017, according to The Associated Press.

A record number of journalists were imprisoned globally for their work in 2020 as authoritarian nations arrested many covering COVID-19 or political instability. Amid the pandemic, governments delayed trials, restricted visitors, and disregarded the increased health risk in prison; at least two journalists died after contracting the disease in custody.

In its annual global survey, the Committee to Protect Journalists found at least 274 journalists in jail in relation to their work on December 1, 2020, exceeding the high of 272 in 2016. China, which arrested several journalists for their coverage of the pandemic, was the world’s worst jailer for the second year in a row. It was followed by Turkey, which continues to try journalists free on parole and arrest new ones; Egypt, which went to great lengths to keep custody of journalists not convicted of any crime; and Saudi Arabia. Countries where the number of jailed journalists rose significantly include Belarus, where mass protests have ensued over the disputed re-election of the long-time president, and Ethiopia, where political unrest has degenerated into armed conflict.

This marks the fifth consecutive year that repressive governments have imprisoned at least 250 journalists. Lack of global leadership on democratic values – particularly from the United States, where President Donald Trump has inexhaustibly denigrated the press and cozied up to dictators such as Egyptian President Abdelfattah el-Sisi – has perpetuated the crisis. As authoritarians leveraged Trump’s “fake news” rhetoric to justify their actions – particularly in Egypt – the number of journalists jailed on “false news” charges steadily increased. This year, 34 journalists were jailed for “false news,” compared with 31 last year.

Within the United States, no journalists were jailed at the time of CPJ’s prison census, but an unprecedented 110 journalists were arrested or criminally charged in 2020 and around 300 were assaulted, the majority by law enforcement, according to the U.S. Press Freedom Tracker. At least 12 still face criminal charges, some of which carry jail terms. Observers told CPJ that the polarized political climate, militarized law enforcement, and vitriol toward the media combined during a wave of protests to eradicate norms that once afforded journalists police protection.

CPJ has published recommendations to the incoming administration of President-elect Joe Biden for restoring U.S. press freedom leadership globally, which include ensuring accountability for the domestic attacks on journalists as well as instructing diplomats abroad to attend trials of journalists and speak out in support of independent media. CPJ found the lack of trust in media in the U.S. to be particularly dangerous during the global pandemic.

In related news, NRT reports a crackdown on freedom of expression in the KRG:

The Peace and Freedom Organization (PFO) said on Sunday (December 27) that there were at least 207 major instances in the Kurdistan Region where freedom of the press and expression were violated during 2020, a shocking 133 percent increase compared with 87 the previous year.

Head of the PFO Sangar Yousif told a press conference for the report’s release that the numbers in some categories are certainly higher because the organization largely dealt with collective cases, rather than individual violations. For instance, if a reporting team with several journalists was prevented from covering an event, it was counted as one violation.

Jake Sullivan is Joe Biden's nominee for National Security Advisor and, when Joe Biden was Vice President, Jake was Joe's National Security Advisor.  That meant, since Joe was tasked by Barack Obama with Iraq, Jake should be something of an expert on Iraq.  His ability to do any job was called into question when Jake took to social media and tried to preen and posture on the topic with a Tweet:

Saudi Arabia’s sentencing of Loujain al-Hathloul for simply exercising her universal rights is unjust and troubling. As we have said, the Biden-Harris administration will stand up against human rights violations wherever they occur.

If the video doesn't show above, click here.  The assailants are captured on camera but no arrests.  Jake Sullivan thought he could preen and posture and he got slapped in the face with the reality that, in Iraq, you can murder a journalist, get caught doing so on camera and still get away with it.

Idiots like Jake Sullivan are embarrassments and should think before they Tweet.  In Iraq, no one ever solves the murder of a journalist.  Doubt me?  From the United Nations Economic, Scientific and Cultural Organization:

Staying with the topic of violence . . .

According to the Iraqi sources on Tuesday two US convoys were targeted in the southern provinces of Iraq.

A convoy was targeted in Al-Diwaniyah province in the south of Iraq, Sabrin News reported.

Al-Sumaria news also reported that the convoy was affiliated with the international coalition and was targeted on the Al-Diwaniyah international Road.

The Shafaq News quoted a security source as saying that a bomb had exploded in the path of the convoy, damaging one of the vehicles.

Minutes after the news was reported, Saberin News announced that another US convoy had been targeted in the city of Samawah in Muthanna Province.

One person was killed and another was injured in Diyala governorate when an unidentified armed group attacked Um Hunta village in northern Jalawla sub-district on Tuesday evening (December 29).

A leader in Shia leader Muqtada al-Sadr’s movement was shot dead in southern Iraq on Tuesday, according to an Iraqi police officer.

No group has yet claimed responsibility for the assassination.

A senior member/commander of Muqtada al-Sadr’s Saraya al-Salam assassinated in Diwaniya province. The assassination coincides with an IED attack on US-led coalition logistics convoy by a militia cell affiliated with Sadr in the province a day earlier —
@TomtheBasedCat
. #Iraq 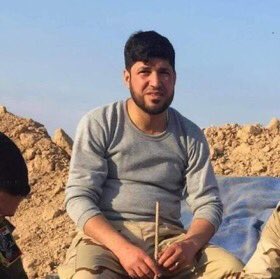 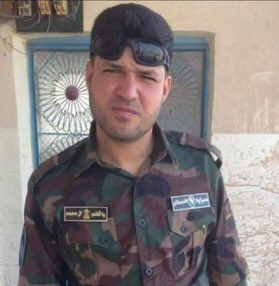