Kat: For such a sucky year, 2020 had some surprisingly strong albums. 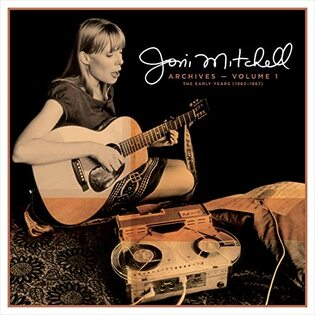 "Eastern Rain" and "Strawflower Man" alone make this a must-have.  It also charts how a good songwriter develops into a great one. 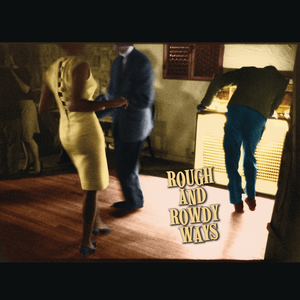 My top three were close and if anyone wants to argue on the order, I'll certainly agree it could have fallen another way.  Bob Dylan, who I long ago gave up on, shocked me by turning in not just a good album but a great one, in fact, it's in my top ten Dylan albums of all time -- which is really saying something.  Top ten?  Make it top five, it really is that great. 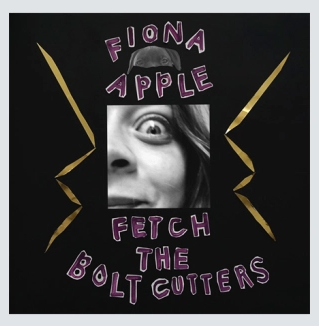 Imagine how different Fiona's career could be.  "Criminal" was a great song and you can be sure EPIC just wanted a full of album of that for her follow up, instead, she charted her own way and that's why she is the artist she is today.  She's always surprising us, she's always engaging us.  Again, if you argued on the top three, on what should fall where, I do understand.  The top three albums were all amazingly strong. 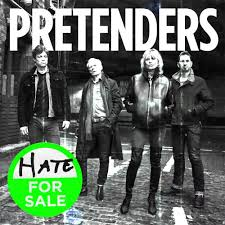 4) The Pretenders' HATE FOR SALE.

Can someone tell me how Pretenders ended up one of the best rock bands of this century?  U2 imploded, of course, so that probably helped.  But equally true, Chrissie's been on an artistic renaissance since 2014 that's helped the band become more relevant than they were at their LEARNING TO CRAWL peak.  It'd be great if, before this creative burst dims, the band captured this magic on a live album -- one featuring some of their more recent masterpieces like "Alone," "Maybe Love Is In NYC," "You Can't Hurt A Fool," "Crying In Public," "Never Be Together" and Chrissie's solo output including "Dark Sunglasses."  With any luck, it could be as strong an achievement as ISLE OF THE VIEW. 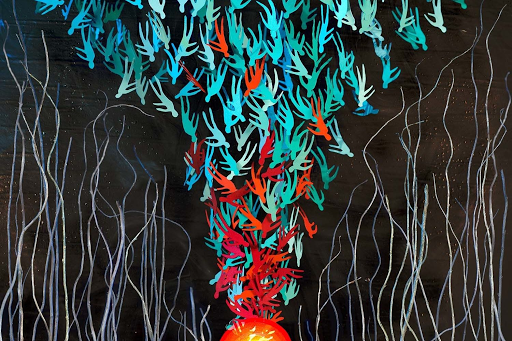 5) Bright Eyes' DOWN IN THE WEEDS, WHERE THE WORLD ONCE WAS.

It only took nine years but Conor Oberst and company finally returned with a new Bright Eyes album. Fourteen strong songs explore emotions and colors in a way that THE PEOPLE'S KEY didn't.  In fact, DOWN IN THE WEEDS, WHERE THE WORLD ONCE WAS is so strong it makes you want to be Victoria Principal in "Return to Camelot," the first episode of season ten of DALLAS, where Pam finds Bobby in the shower and realizes that everything before (the entire 9th season of the show) was a dream. 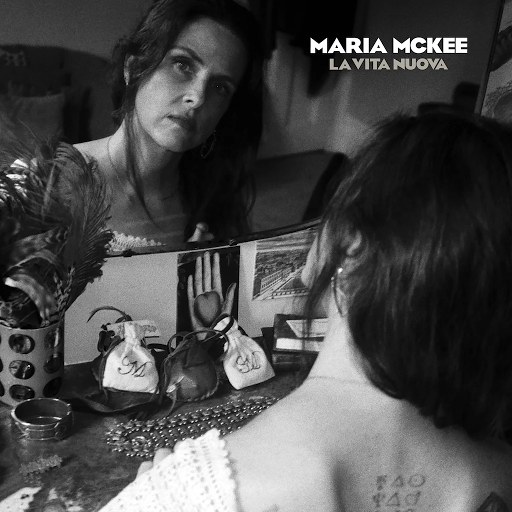 A reboot of one of the most dazzling singers in music.  Maria's back with a new album filled with songs that only she could write, a true original.  This album kicks off strong  and never lets up but the way her voice soars on "Paper Cups" may be the standout. 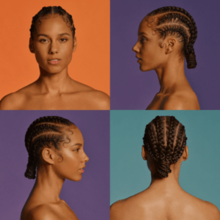 This album never got a real review from me.  I planned to review it and was working on some main ideas and jotting down some scraps with the plan of reviewing it when . . . Supreme Court Judge Ruth Bader Ginsburg died.  I even noted:

Third, no, I'm not giving up on Alicia Keys.  My plan was to review her album (that came out Friday) last weekend.  But Friday night was the news of RBG and I just lost all interest.  In anything.  I spent most of Saturday sleeping -- I'm talking about 12 hours.  I was depressed.

And I don't think RBG was Oliver Wendall Holmes.  But it was still depressing.  I'm over it or trying to be.  My hope is to review ALICIA this weekend.

At the end of October, I finally had to throw in the towel:

Alicia Keys released a strong album: ALICIA.  And I was all set to write about it and how she gathered various strands (including Amy Winehouse) together to produce something unique and moving.  And then?  The weekend I was going to write my review, Ruth Bader Ginsburg died.  Ruth was not a superhero.  She was not the return of Christ, Muhammad or Buddha.  She wasn't even the return of The Dancing Baby from ALLY MCBEAL.  In a true and lengthy history of the Court, RBG certainly would not rank as the most liberal member of the court.  But she was the finest jurist serving on it in 2020 and her death did shatter me to various degrees, no matter how hard I tried to keep it in perspective.

I can't listen to Alicia right now, it brings up that horrible weekend and probably will for some time. I will probably always now associate that album with the death of Ruth Bader Ginsburg and, while it's not on the level of 'where were you when JFK was murdered,' it's certainly more important than 'where were you when Poppy Bush threw up all over the lap of Japan's Prime Minister Kiichi Miyazawa.'

"Love Looks Better," "Underdog" and "Time Machine" are my three favorite tracks on the album -- and in that order.  It's a strong album but I still connect it with the death of RBG.  Maybe in a year, I'll feel differently or maybe, forever more, whenever I think of ALICIA or listen to it, I'll think of RBG dying?  I don't know.  But I do know this is a strong album. 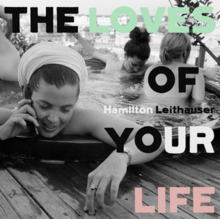 8) Hamilton Leithauser's THE LOVES OF YOUR LIFE 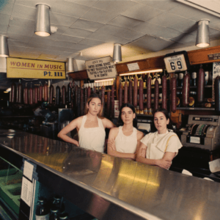 Again, a surprisingly strong year.  If you want to argue Haim should be higher on the list, you may be right.  But wherever you place the album, it earned a spot in the top ten.  Every now and then it seems like the RIP rock theme circles but then an album like this comes along and it's obvious that rock isn't dead -- just some of the people posing as rockers are.  Three sisters show how rock is supposed to throw down and destroy you.  Must listen tracks?  "3 A.M." and "Gasoline" are the ones to start with.  After you've listened to the album for at least three times, all the tracks become must listen ones. 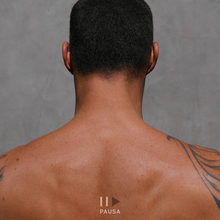 In my review, I noted:

"Simple" kicks things off -- a duet with Sting that reminds me of the intoxicating groove Alicia Keys captured with "In Common."  It's got that sleepy time, sexy feel to it.  Then comes a strong ballad ("Recuerdo") with Carla Morrison.  "Recuerdo" is not the Edna St. Vincent Millay poem but it is a tight song where Ricky and Carla sing about sharing the emotions within, the ones that cause your breath to catch.  Pedro Capo shows up for "Cae de Una," Residente and Bad Bunny for "Cantalo" and Diego El Cigala for "Quiereme."  The tracks are tight and solid.

It stood out then and it stands out now.  This past fall, it was up for two Grammys at the Latin Grammy Awards -- Album of the Year and Best Pop Vocal Album -- it won Best Pop Vocal Album.  January 31st, we'll see if it wins Best Latin Pop or Urban Album at the US Grammys.  It really has been a career resurgence for him.

Ricky recorded it after the pandemic started.  I need to note the pandemic.  A lot of people were scared, too scared to release an album.  For months, it really was just Fiona Apple who wasn't going to blink.  More came along, thankfully.  But I do need to note Sam Smith's awful album.  That wasn't an embarrassment.  It's the sort of filler and garbage that the music industry thought they were getting away with in 1981 -- there's a reason music sales had plummeted prior to Michael Jackson's THRILLER.  It didn't have to be that way.  Sam could have released the album he'd planned and worked on.  But the pandemic spooked him -- like Brian Wilson got spooked when he was recording SMILE? -- and he kept messing with the album and messing with it until it came out as something embarrassing and artistically beneath him.

I also need to note that this is the year where vinyl albums overtook CDs in terms of sales.  Yes, in 2020, more people bought albums on vinyl than on CD.  (The most popular form of purchase was, of course, digital downloads or streams.) 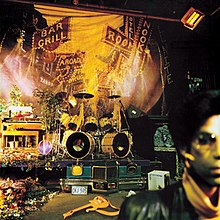 Prince's SIGN OF THE TIMES.  First released in 1987, this classic album got a deluxe reissue this year that only underscores (a) how talented Prince truly was and (b) how important this album remains.  Betty's "POP MATTERS is a joke" and Elaine's ""5 tracks the prove SIGN O' THE TIMES is one of the great albums of all time" are only two recent pieces praising the album. 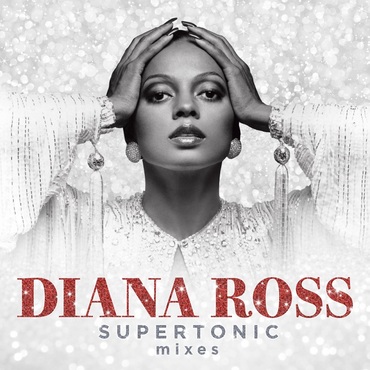 I'm putting this one under "reissue."  I'm not really sure where to put it.  It's a solid collection.  Some of Diana's best known songs are remixed.  Nine tracks.  One is "Upside Down/I'm Coming Out" which bridges the two tracks from 1980's diana into one mega dance track.  The other eight?   They include six remixes of some of her best work with Ashford & Simpson -- including "No One Gets The Prize," "Remember Me," "The Boss," "It's My House" and "Surrender."  It's an album that will have you dancing -- even if that means you're dancing around your own living room since the pandemic has left you without a club to bust a move in.