Kat: "Kat! Kat!" Betty's oldest son was calling to me as we got back from the airport Saturday. "You've got to review an album! You've got to!"

Okay, okay, I will. Seriously, I didn't care if it was a Disney Kid's album, when someone's that excited about an album, it probably needs to be reviewed. It wasn't a Disney Kid, it was Prince. Yeah, I panned Prince's last album, but I was eager to hear this one, mainly because of the excitement factor. 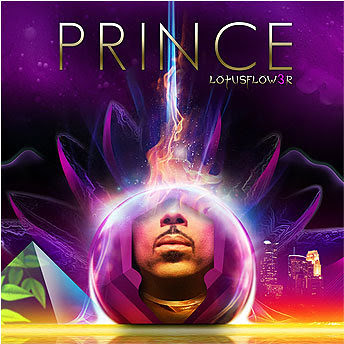 "Can I play you my favorite song?" he was asking but already cueing up the CD player so no answer was needed. "This is a great song, it's probably the best thing he's ever written. It's about clovers." As the chords came on, I recognized it. You probably will immediately as well:

I don't hardly know her
But I think I could love her
I hope she walks over
Cause I've been waiting to show her
Crimson and clover
Over and over . . .

Tommy James and the Shondells hit with it back in the sixties, Joan Jett in the eighties. Prince has woven in "Wild Thing" and a bit of "Foxy Lady." But, thing is, it really does sound like one of the best thing Prince's ever written. "4Ever" is the track that's immediately after and it finds Prince doing some of best guitar work and best songwriting work. That's lyrically and musically but a caveat: On the chorus, you'll note Prince's jazz chords. This may be the beginning of his jazz phase, the one Joni ran through in the late seventies.

The album opens with an instrumental entitled "From The Lotus" which owes a lot to jazz and closes with ". . . Back 2 The Lotus" which is basically an instrumental (Prince talks over it) that sounds like someone attempting to inject Jimi Hendrix into jazz and then, at two-minutes and twenty-seconds, a bit of Thin Lizzy with a return of Jimi about twenty seconds later. Of the two, I prefer the album closer.

If you're not grasping my caveat, not only did you not live through Don Juan's Reckless Daughter and Mingus, you haven't heard "Love Like Jazz" which sounds like the Burt Bacharach and Hal David classic "You'll Never Get To Heaven (if You Break My Heart)" as smoothed over by a band whom things "elevator music" is the ultimate compliment. It ends with a throb sound which goes into "77 Beverly Park" for several measures before your apparently supposed to picture yourself at your favorite Mexican food eatery with Prince going table to table as he strums on his guitar. "Wall of Berlin" finds Prince remembering most people purchase a Prince album because of his vocals. What's he singing about? I have no idea. If you can figure it out, good for you.

That's not necessarily a bad thing. For the bulk of the new album, LOtUSFLOW3R, he appears to be either attempt to reconsider Donovan (I'm a huge Donovan fan) or on who knows what but get me some pronto because it's got to be good. "$" is an example there and it's one of the best tracks on the album. "How many times do you look for happy and never see the rich folks there? But if the dee jay really dropped the needle all the truth players just don't care?" No idea. "Everybody's dancing" he snaps throughout and they should be.

"Dreamer" finds him rocking out as does the second track "Boom" and they are probably the ones that will make longterm fans happiest. Prince hasn't rocked out like this on an album in sometime. Of the two, I prefer the guitar work on "Dreamer" but, overall, find "Boom" to be stronger. ("Dreamer" finds him lyrically attempting something similar to the Temptations classic "Ball of Confusion"). Betty's son prefers "Dreamer" and was rocking out on an electric guitar while it played. As he and Prince wound down, I said I'd review it and he started telling me it was one of three discs. I'm sure he saw my grimace, the involuntary shudder. Three discs?

Prince managed to serve up a disc worth listening to and now I was about to tempt fate by expecting he had the goods for another or two more? Fortunately the third disc is is Bria Valente's Elixer and I could rule it out as not being Prince's disc. That left MPLSOUND.

"(There'll Never B) Another Like Me" is Prince in a boastful mood and with enough energy to back it up. That's not always the case and boasts from a lethargic pose convince no one, but Prince's got enough fire on this track that you believe him and believe that's a bad thing. It's strong enough to make you wish it was 1985 all over again and every radio station your turned to was playing either Prince or, more likely, the latest Prince wanna be. "Chocolate Box" follows up and I'm starting to wonder if this might actually be the better of the two discs?

By the time "Dance 4 Me" (and it's musical allusions to his "Erotic City") starts blasting, it's obvious this is the stronger disc. And, remember, LOtUSFLOW3R was no piker. But this one leaves out the jazz flirtations and the instrumentals to just rock out. It's like Prince's done wandering the desert and has returned to the world. He tosses out "U're Gonna C Me" next and it's been so very, very long since Prince has done a ballad worth listening to. For me, you probably have to drop back to "The Greatest Romance Ever Sold" (1999's RAVE un2 the joy fantastic) but it's quickly followed by "Here" which not only contains some of Prince's most passionate singing, it also comes closer to carrying off the syncopation "Love Like Jazz" can't. The ballads are so strong, it's as if Prince's returning to the studio after a smoke break during the recording of Sign of the Times.

"Valentina" works as a rock song and paean to Salma Hayeck and has some wonderful syncopation going on. It's over so quickly and it's so good that it really doesn't feel like it last 3:57. "Better With Time" follows and reminds that no one can croon like Prince when he wants to. "Ol' School Company" has a bedrock groove on which Prince offers some of his most pointed lyrics including: "Everybody talking bout hard time like they just started yesterday, People I know they been struggling -- at least it seems that way, Fat cats on Wall St. they got a bailout while somebody else got to wait, 700 billion but my old neighborhood nothing changed but the date." This gives way to the album closer "No More Candy 4 U" which finds Prince in a hard driving move that recalls Fats Domino. All in all, an amazing disc.

The three disc package is currently available only at Target where its price is $11.98. I have no time to listen to Bria Valente and write a review that's going up on Sunday so I'll point out the obvious: Prince has called the shots for a lot of women. Some, like Sheila E., had talent on their own. But listen to The Glamorous Life with headphones and you'll notice Prince singing every note as though he had laid down a guide track that someone accidentally mixed in. Then there were the ones who had no real talent such as Apollonia 6 and Prince took over completely in the studio. I have no idea whether Bria Valente has talent or not but even if she's Apollonia 6, they still managed to produce "Blue Limousine" and "Sex Shooter" under Prince's guidance. You've got 21 tracks by Prince for $11.98, Bria could be as untalented as Keith's girlfriend in that episode of The Partridge Family and it wouldn't matter, you've already gotten your money's worth. And then some. If you're interested in downloading the album, you can check this Prince site and if you'd like to get the album on disc(s) and do not have a Target in your area (or don't feel like visiting one), click here for Target's webpage for the three-disc set (note, the page says 28 tracks on the three discs, I count 31 tracks on the discs in my hands).

the common ills
Posted by Common Ills at 9:29 AM