Kat's Korner: Devendra's back, if you want him

Kat: "Never seen such good things go so wrong," sings Devendra Banhart on the song of the same name, "And everywhere we turn they're playing our song." They certainly should be playing this one from Devendra's just released Mala. 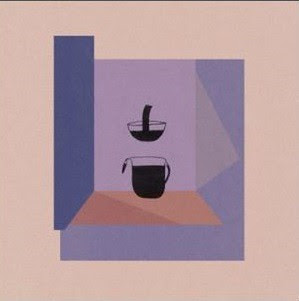 But they probably won't.  They'll probably skip the gorgeous "Mi Negrita" as well.  And if they do, that won't be anyone's fault but Devendra's.

He's on Nonesuch with Mala, a division of Warner Bros., true.  But not Warner Bros. -- that's also true.


That's where he was last time.  But 2009's What Will Be was a huge disappointment.  Not only did it chart lower than 2007's Smokey Rolls Down Thunder Canyon, it did so on one the industry's largest labels.  His 2007 release, by contrast, had been issued by the England-based XL Recordings.

A stumble can be forgiven from time to time.

He pissed off the execs at the Warner Bros. label.

They liked What Will Be and they loved "Foolin'" which they thought was a track with big hit potential.

But then came the video.

An uptempo pop song suddenly had an X-rated, hardcore image.

In the video, Devendra decides to enter into a master-slave relationship with a large male.  Devendra is the love slave and this may not be obvious in the new cuddling but it becomes obvious when Devendra is tied to posts and gets his butt whipped resulting in bleeding lash marks on his rear end.  It will get worse.  One of his fingers will get chopped off by his master and a woman will use the blood from it as lipstick.

It was as if Vanessa Carlton had turned in a music video of Deep Throat for "A Thousand Miles."  The label was leery and leery of being accused of censorship -- most of all they were worried what kind of press Devendra's manager Elliot Roberts might drum up if they refused to release the video.


And Warner Bros. wasn't the only one nervous.  Devendra had turned out his finest work to date and had built up a following.  But even they did some walking away.


Maybe they'll return for Mala?  "A Gain" would probably be best appreciated by them.  Non-long-terms will be less patient with this sing-song track that trades on everything including "Mockingbird."


"Cristobal Risquez" will probably be more pleasing for everyone:


But whether it's "Hatchet Wound" or "Won't You Come Home," it feels like a new Devendra or at least a more focused one.  Mala is enticing in a way that previous albums haven't been.  In the past, you might have marveled over his cleverness, for example, without grasping that I'm-so-clever is a way of distancing yourself from what's being revealed in a song.

Mala has no barriers and no facades.  It feels like a natural work of art, it flows.