War Criminal Steven D. Green is dead.  AP's Brett Barrouquere, who has long covered Green, reports  the 28-year-old Green was found dead in his Arizona prison cell on Saturday and that, currently, the operating belief is that it was a case of suicide. 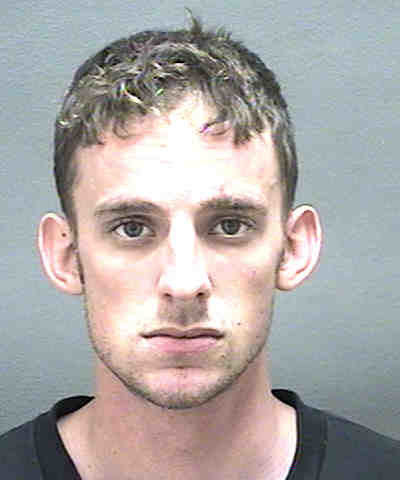 May 7, 2009 Steven D. Green (pictured above) was convicted for his crimes in the  March 12, 2006 gang-rape and murder of Abeer Qassim Hamza al-Janabi, the murder of her parents and the murder of her five-year-old sister while Green was serving in Iraq. Green was found to have killed all four, to have participated in the gang-rape of Abeer and to have been the ringleader of the conspiracy to commit the crimes and the conspiracy to cover them up. May 21, 2009, the federal jury deadlocked on the death penalty.

Alsumaria explained, "An ex-US soldier was found guilty for raping an Iraqi girl and killing her family in 2006 while he might face death sentence.  . . . Eye witnesses have reported that Green shot dead the girl’s family in a bedroom while two other soldiers were raping her. Then, Green raped her in his turn and put a pillow on her face before shooting her. The soldiers set the body afire to cover their crime traces."

Evan Bright reported on the verdict:


As the jury entered the court room, Green(red sweater vest) let out a large sigh, not of relief, but seemingly of anxiety, knowing the weight of the words to come. As Judge Thomas Russell stated "The court will now publish the verdict," Green interlaced his fingers and clasped them over his chin. Russell read the verdict flatly and absolutely. Green went from looking down at each "guilty" to eyeing the jury. His shoulders dropped as he was convicted of count #11, aggravated sexual abuse, realizing what this means. A paralegal at the defense table consoled Green by patting him on his back, even herself breaking down crying at the end of the verdicts.
After Russell finished reading the verdicts, he begged questions of the respective attorneys. Wendelsdorf, intending to ensure the absolution of the verdict, requested the jury be polled. Honorable Judge Russell asked each juror if they agreed with these verdicts, receiving a simple-but-sufficient yes from all jurors. Green watched the jury flatly.


Green went into the military to avoid criminal charges on another issue.  He was one of many that the military lowered the standards for.

May 28, 2009, the family of Abeer gave their statements to the court before leaving to return to Iraq. WHAS11 (text and video) reported on the court proceedings:


Gary Roedemeier: Crimes were horrific. A band of soldiers convicted of planning an attack against an Iraqi girl and her family.

Melissa Swan: The only soldier tried in civilian court is Steven Green. The Fort Campbell soldier was in federal court in Louisville this morning, facing the victims' family and WHAS's Renee Murphy was in that courtroom this morning. She joins us live with the information and also more on that heart wrenching scene of when these family members faced the man who killed their family.


Renee Murphy: I mean, they came face to face with the killer. Once again, the only thing different about this time was that they were able to speak with him and they had an exchange of dialogue and the family is here from Iraq and they got to ask Steven Green all the questions they wanted answered. They looked each other in the eye. Green appeared calm and casual in court. The victims' family, though, outraged, emotional and distraught. Now cameras were not allowed in the courtroom so we can't show video of today's hearing but here's an account of what happened. (Video begins] This is a cousin of a 14-year-old Iraqi girl raped and killed by Steven Green. He and other family members in this SUV were able to confront Green in federal court this morning. Their words were stinging and came from sheer grief. Former Fort Campbell soldier Steven Green was convicted of killing an Iraqi mother, father and their young daughter. He then raped their 14-year-old daughter, shot her in the head and set her body on fire. Today the victim's family was able to give an impact statement at the federal court house the young sons of the victims asked Green why he killed their father. an aunt told the court that "wounds are still eating at our heart" and probably the most compelling statements were from the girls' grandmother who sobbed from the stand and demanded an explanation from Green. Green apologized to the family saying that he did evil things but he is not an evil person. He says that he was drunk the night of the crimes in 2006 and he was following the orders of his commanding officers. In his statement, Green said if it would bring these people back to life I would do everything I could to make them execute me. His statement goes on to say, "Before I went to Iraq, I never thought I would intentionally kill a civilian. When I was in Iraq, something happened to me that I can only explain by saying I lost my mind. I stopped seeing Iraqis as good and bad, as men, women and children. I started seeing them all as one, and evil, and less than human." Green didn't act alone. His codefendants were court-martialed and received lesser sentences. Green will be formally sentenced to life in prison in September. [End of videotape.] The answers that Green gave were not good enough for some of the family members. at one point today, the grandmother of the young girls who were killed left the podium and started walking towards Green as he sat at the defendant's table shouting "Why!" She was forcibly then escorted to the back of the court room by US Marshalls. She then fell to the ground and buried her face in her hands and began to cry again. The family pleaded with the court for the death sentence for Green. but you can see Green's entire statement to the court on our website whas11.com and coming up tonight at six o'clock, we're going to hear from Green's attorneys.

Others should have been as well.  The fact that others were not does not make Green any less of a War Criminal.

He killed an entire family and Abeer could hear her parents and sister being killed in the other room as she was gang-raped.  Then Green came in and took his turn in the gang-rape before killing her.  14-years-old and she's gang-raped as she hears her family killed and then she's killed herself at the end of it.

At which point, Green attempted to set Abeer's body on fire to destroy the evidence.

It was originally reported as an act of 'terrorism' and blamed on Iraqis.


It was only after Iraqis retaliated on US service members