Kat: Friday, Taylor Swift's latest album, LOVER, dropped.  The day also saw the release of WHILE I'M LIVING by Tanya Tucker, a woman whom Taylor has been compared to before.


Both women are blondes, both scored many hits and both started out in the country music business before they were adults.

Both are hit makers.  Tanya's garnered 10 Grammy nominations along the way, scored 55 top forty country hits (that includes her participation in Dolly Parton & Friends' "Romeo"), and saw ten of the 55 hits go all the way to number one.

Tanya was 13 when she scored her first hit, "Delta Down."  She was part of the Outlaw Country movement (along with Waylon Jennings, Emmylou Harris, Johnny Cash, Jessi Colter and Willie Nelson -- among others).  She flirted with rock on her 1978 album TNT.  She had a lot of fun during her long career and did a lot of living -- sometimes in rather public relationships -- such as when she was with Andy Gibb and when she was with Glenn Campbell.

Though that may sound somewhat like Taylor, there are many differences.  The primary one?  Tanya's not really a songwriter.  She covered songs written by John Prine, John Phillips, Mike Chapman, Dickey Betts, Linda Hargrove, Kris Kristofferson, Phil Everly, Don Henley and Glen Frey, Bobby Darin, Jimmy Webb, Vicki Wickham, Deborah Allen, Allee Willis, Wendy Waldman, Beth Nielsen Chapman, Snuff Garrett, Billy Burnette, Cindy Walker, Buck Owens, and many others.  As a writer herself?  On all of her albums before this year, she's only written (co-written) six tracks.  She co-wrote "Rainy Girl," "I'm The Singer, You're The Song," "Rodeo Girls," "Changes," "There's a Tennessee Woman/Ben's Song" and "Shoulda' Thought About That."  Of those six, only one was a single ("Changes") which almost made it into the top forty (it stalled at number 41).

Six.  On Taylor Swift's self-titled debut, Taylor co-wrote eight songs and the additional three she wrote herself.  That includes "Our Song" which made her the youngest artist to sing and write a number one country music hit (she was 16 when she recorded her debut album). 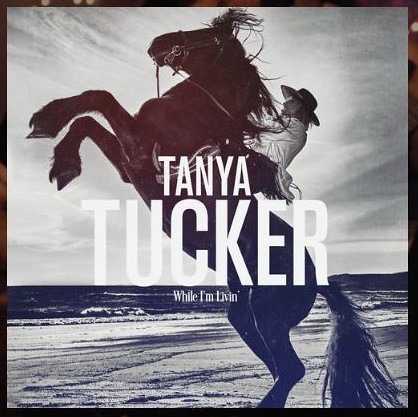 With WHILE I'M LIVING, Tanya's delivered her best album since 1991's WHAT DO I DO WITH ME.  It opens with a hard driving "Mustang Ridge" and concludes with a Tanya co-written number "Bring My Flowers Now."  Between the two are eight strong songs -- including a cover of "The House That Built Me" which was previously a hit by Miranda Lambert but which Tanya sings as if she'd written it herself.  It's lived in, it's the definitive version of the Tom Douglas and Allen Shamblin written song now.  Producers Brandi Carlisle and Shooter Jennings (son of Jessi Colter and Waylon Jennings) have served her well, finding (and, in Brandi's case, sometimes writing) songs that are tailor made for Tanya -- both in terms of her vocals and in terms of her lived experience.  Best one word description for this album?  "Authentic." 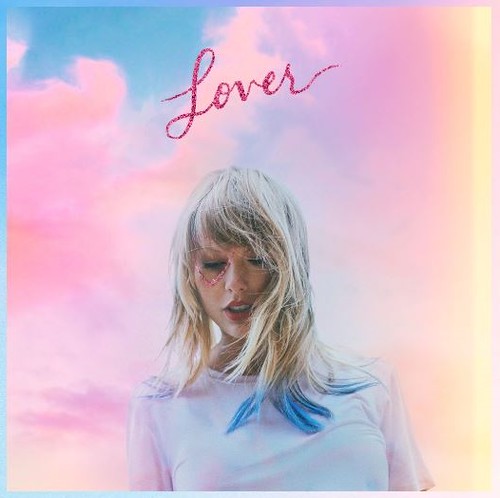 LOVER is only Taylor Swift's seventh album.  It feels like it should be a much higher number because she's so dominated the music scene since her arrival.  In fact, her lowest charting album, thus far, has been her first one which "only" made it to number five on BILLBOARD's TOP 200 ALBUM CHART.  The five other ones?  They all climbed to the number one spot.

LOVER finds Taylor again collaborating with Jack Antonoff again while adding the talents of Frank Dukes, the Dixie Chicks and Brendon Urie -- among others.  This go round, she turns out 18 tracks (all written or co-written by Taylor) and the most haunting may be "Soon You'll Get Better" -- which I loved when I thought it was a song about being in a romance with someone who is sick but (I still love it) it turns out that she wrote this about her mother whose cancer has returned.

The buttons of my coat were tangled in my hair
In doctor's office lighting,
I didn't tell you I was scared
That was the first time we were there
Holy orange bottles, each night,
I pray to you
Desperate people find faith, so now I pray to Jesus too
And I say to you . . .
Ooh-ah
Soon, you'll get better


It's a wonderful song, a powerful and moving one.


But Taylor does chart the romantic heart beats on this album as well -- chiefly with the title track, "Cruel Summer," "The Archer" and "Cornelia Street."  That last one?  Probably my favorite song on the album.


It's a beautiful song and her vocal is totally in the moment and convincing.  I don't know how she'll sound singing this song on the fortieth concert of the tour, but her recorded vocal is fresh and living.  That's true of the whole album.  It's Taylor's finest and that's really saying something.  And Tanya's WHILE I'M LIVIN' is a reminder that she's still a vital artist as well.  You can't go wrong with either album.