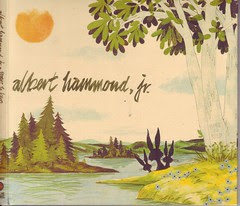 . . . in England. Some reviews noted that the ten song set was "slight." So in March, when Yours To Keep came out in the United States, the two bonus tracks ("Postal Blowfish" and "Well . . . All Right") may have been an attempt to beef up the album. If that was the case, there was no point in bothering.

As a band member, Albert Hammond Jr. rocks out with the Strokes which has success in the United States but it is huge in England. As a solo artist?

Let's start with the positive. If you've missed this album thus far, don't feel cheated. Summer is the perfect time to pick up Yours To Keep, so perfect that it is when it should have been released. This is a CD perfect for when you're stuck in those annoying traffic jams as well as for when you've got a clear shot down the highway and can just cruise. That's no small accomplishment and shouldn't be underestimated. When the music industry knew how to function, May usually meant the singles that could match up with those mixed end of the school year feelings and summer meant lighter music that, if it didn't touch your heart or soul, at least could rock -- the sort of thing you could blast on the jambox at the beach, park or lake without feeling embarrassed.

Having the chops and talent to make such an album is a testament to the talent AHJ has. Now for the bad news, don't scratch the surface of this album unless you want to stare into the abyss. There is nothing to this album but arrangement, music, some strong vocals and some obvious nods. What does that leave? The lyrics which fall apart if you attempt to examine them. It's equally true that, on some of the songs, the verses have the worst melodies you can imagine. In fact, referring to the monotone bah-bah-bah verse lines of "Bright Young Thing" as a "melody" would be hyperbole.

The lyrical theme is loss and/or losing and I'd guess that AHJ had a really bad romantic streak. I'd have to guess that because the lyrics never get to the point and sound like the nervous, half-sentences you might be greeted with via a late night, drunken call from an ex. While the Strokes are not known for in depth lyrics, one listen to this album and you'll understand why AHJ has explained that the solo project came about because the Strokes turned the songs down. They shouldn't have. They should have attempted to fix the lyrics of the verses.

Yours To Keep pays homage to Brian Wilson and it's not one track, it's pretty much two-thirds of the album. The arrangement to "Cartoon Music For Superheroes" is so wonderful, it will be several listens before you notice how meaningless the lyrics are. Every boy rock star that lacks depth seems to think aping Brian Wilson is the way to go. You don't have the chops to write about anything, go the uber producer route!

That short changes Wilson who could write a lyric that actually spoke to people and, more importantly, it short changes the male artists pursuing this path. If AHJ thinks he still has the Wilson jones in his system after this project, someone might want to steer him to the work of Lindsey Buckingham -- a supposed song writer who hasn't written more than a token song since 1979. Each solo or Fleetwood Mac project finds the male crit showering Buckingham with praise for this or that studio wizardry and failing to note the obvious fact -- he can't write a song.

Hopefully the Wilson jones is out of AHJ's system but, not that anyone's paying attention, if you want to look closely, who he owes the biggest debt to musically is Aimee Mann. The track that comes closest to working as a full blown song is "Blue Skies" and musically it owes a huge debt to Mann's "You Could Make A Killing." That's true of "Call An Ambulance" and many other songs as well. The production is all Wilson, the music is all Mann.

It's a pity he didn't also have a lyricist to pay homage to. If he had, he might have grasped the difference between bad lyrics and ones that communicate something other than a mood.

I should also note that I enjoy the artwork and those influences are obvious as well but I will give a shout out to the font and type because I always enjoyed Du Bose Heyward and Majorie Hack's The Country Bunny And The Little Gold Shoes. Glad to know someone else did as well.

Any other time of the year and the album won't work. That may explain why, despite heavy praise, the March release didn't translate to big sales or radio saturation. Yours To Keep, however, is perfect for the summer. The arrangements and the music on "Scared" are so wonderful that, in the summer heat, most aren't going to notice how minuscule the lyrics are.

You'll just pop the disc in and enjoy.

the common ills
Posted by Common Ills at 6:12 AM