Tuesday, September 25, 2007.  Chaos and violence continues, the 3800 mark has been reached for US service members who have died in the illegal war, cholera -- forgotten by the press but stil raging in Iraq, Jame Burmeister was talking about the "kill teams" in June but where were All Things Media Big and Small, and more. 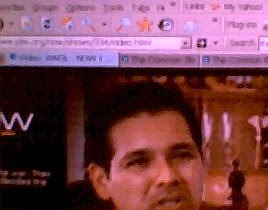 alexandra zavis
Looking for a deal? Find great prices on flights and hotels with Yahoo! FareChase.
Posted by Common Ills at 4:17 PM