Kat: The history of charity albums is a spotty history to put it mildly. That's not addressing the monies raised and whether they actually go anywhere, that's something for someone else to track down. I'm just talking in terms of listenability. Not art, they never manage art. But can they even manage to be worth listening to? 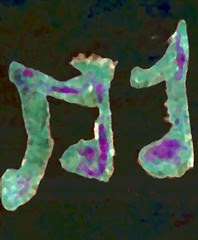 The most famous of the tribute albums is We Are The World. Following the mega success of the vanity single of that name -- a bunch of Americans singing WE are the world, it was time to cobble together an album. Due to the fact that 1985 was a strong musical year, that many artists had released amazing albums in 1984 of which even the left overs were first-rate, the album managed the rare feat of being listenable. Tina Turner's "Total Control" shimmers and builds. Prince's "4 The Tears In Your Eyes" continued the postulate What If God Were A Guitar Solo? Bruce tossed in a live track, Jimmy Cliff cover of "Trapped," that was better than the bulk of the songs that ended up on his three disc live album issued around the same time. The Pointer Sisters turned in some fluff but catchy fluff. Canada grouped together to prove that "We Are The World" wasn't the worst sing-along, "Tears Are Not Enough" was. (Though as lyrically patronizing as the Canada and US efforts, Band Aid's "Do They Know It's Christmas?" remains the strongest of the three relief songs of that period.)

And then came "Sun City" and the album of the same name with enough limp-fisted rage to turn caring into a bad word. A lot of whining took place over the B-list celeb title track not garnering major radio airplay. And it would why? I mean, no kidding, in her few seconds, Darlene Love sings the hell out of that song. But that's in her few seconds and the song, written by Steven Van Zandt, is a piece of crap. Across the country, high schoolers were supposed to pump up their radios and start screaming, "I-i-i-i-i ain't gonna' play Sun City! Sun City!"?

Who was asking you to?

What was the relatability of that song?

There was no reason for anyone to play it on the radio, there really wasn't any reason to record it. It had no 'message' for all Little Steven's tendencies to preach. It had no message, it had no hook, and it didn't have a damn thing to it that the average person could relate to. Critics pimped it hard but no one I know has played the song in years and life has gone on just fine.

The only thing worse than the single was the album itself which proved that crap stands together. The seven minute jazz jam "The Struggle Continues" had about a minute worth listening to which was a minute more than the overly long Peter Gabriel and L. Shankar's "No More Apartheid" did. The final track was an acoustic contribution, that Bono was credited as writing, with him, Keith Richards and Ron Wood performing. Those who still have Sun City (I do on cassette) might want to check the songwriting credits on the song and compare it to the way "Silver and Gold" was credited when it made it onto a U2 album later.

Truthfully, the only tribute albums that work as albums are live concerts. The Concert for Bangladesh, for example, still works for me. The performances of Ringo, George Harrison, Bob Dylan, Billy Preston and Ravi Shankar still make it for me.

There's not one A-lister recording a song for the project unless you're one of the idiots still thinking Beck's going to knock out another "Loser" any day now. (No, he's not. That was the career high. Ans that was the early 90s.)

The most successful track is probably Duffy's "Live And Let Die." But, even as you listen, you have to wonder what child affected by war needs to hear some Westerner urging them to "live and let die, live and let die, live and let . . ."? Probably the same child who needs to hear Lily Allen chirp along to a classic Clash song. That song would be, prepare yourself, "Straight To Hell." For those not up on their Clash, the song includes, "Go straight to hell, boy, go straight to hell." Again, this is supposed to help children destroyed by war? Hearing some British pop tart chip "Go straight to hell, boy"?

The fleeting thought (that may be giving it too much credit) behind the project was to gather some decaying rock 'legends' and let the fossils pick a young artist to record one of their moldy oldies. So Bruce Springsteen asked for The Hold Steady who perform . . . "Atlantic City." That track was on Bruce's Nebraska and while I love the album and love the song, I'm not really sure a song about how "there's trouble busin' in from outta state and the D.A. can't get no relief, Gonna be a rumble out on the promenade and the gamblin' commission's hangin' on by the skin of its teeth" is a song that children suffering through war really need or can relate to?*

Rufus Wainwright shows up to garble "Wonderful/Songs for Children" -- the what-would-have-beens. (The songs were supposed to appear on the Beach Boys' Smile that never got released.) In 1998, Rufus Wainwright had an interesting voice, warts and all. Since then, each recording has muffled the voice to the point that it no longer just sounds as if Rufus needs to clear his throat, it's starting to be the audio equivalent of a Cybill Shepherd close up on Moonlighting. Somewhere, underneath everything, you know Rufus is there but you just can't connect.

"I am the world's forgotten boy," sings Peaches, "the one who searches and destroys." And that may actually be funnier than her infamous 'live' interview on Air America that Janeane Garofalo and Sam what's-his-name did with her. (That was the appalling interview that they scrapped mid-way through and revealed was recorded. The blog was going crazy with disgust over the interview. "Peaches" said at the closing of each broadcast of The Majority Report was in honor of that appalling first week interview.) But after you finish laughing at the traditional, square sounding Peaches so desperate to prove she's 'arty,' you're left to wonder if war refugees are supposed to be listening, pumping a fist in the air and yelling, "Yeah, I'm forgotten too!"

Certainly the artists forgot the children. Both the artists recording and the artists selecting. About the only child War Child is going to help is Adam Cohen. Pops Leonard practices a little nepotism and assigns his own "Take This Waltz" to Adam. Otherwise, the charity album just reminds me of the person who uses the Salvation Army kettle at Christmas time to clean out her purse.