May is the deadliest month of the year so far for US service members in Iraq. As noted yesterday, the death toll tends to trickle out as the end of the month approaches which allows many news outlets the 'chance' to do their end of the month reports and run with incomplete figures. Other death notices for the month may continue to trickle out but, at this point, the death toll stands at 25.

Bradley W. Iorio's death was announced yesterday and took the toll to 25. The Defense Department issued the following statement: "The Department of Defense announced today the death of a soldier who was supporting Operation Iraqi Freedom. Pvt. Bradley W. Iorio, 19, of Galloway, N.J., died May 29 at Landstuhl Regional Medical Center in Landstuhl, Germany, of injuries suffered from a non-combat related incident May 27 in Tallil, Iraq. He was assigned to the Special Troops Battalion, 4th Brigade Combat Team, 1st Armored Division, Fort Bliss, Texas. The circumstances surrounding the incident are under investigation. For more information the media may contact the Fort Bliss public affairs office at (915) 568-4505." Mark Mueller (New Jersey Star-Ledger) notes Iorio was "a resident of Galloway Township in Atlantic County"

Iorio graduated from Absegami High School in Galloway, where he was a member of the drama club, according to his MySpace page. School officials referred calls to Adam Pfeffer, superintendent of the Greater Egg Harbor Regional High School District. Pfeffer did not return a call placed yesterday afternoon. 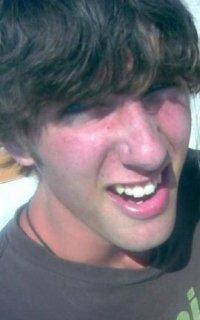 Photo of Brad Iorio from his Facebook page. It's a cropped photo which appears in full on MySpace. At his MySpace page, Brad Iorio wrote the following in his "About me" section:

I edited two words due to cursing, otherwise I've let him speak for himself. He lists himself as being from Absecon, New Jersey and notes the following under schools:

Again, the announcement of his death yesterday -- named and announced by DoD, never mentioned by M-NF -- took the death toll for the month of May to 25.

The overall death toll now stands at 4307 since the start of the illegal war. With 25 deaths for the month, you have to drop back to June of 2008, with 29 deaths, to find a month when the death toll was higher.

20-year-old Samuel Stone died on Sunday from "injuries suffered during a non-combat related vehicle roll-over. He was assigned to the 1st Squadron, 303rd Cavalry Regiment, Bremerton, Wash. The incident is under investigation." Scott Fontaine (News Tribune) reports, "The family is still finalizing details for a memorial service. They first learned of the death Sunday morning."