Kat: Pat Benatar may have sang "Love Is A Battlefield" but it's Sade who's really explored that terrain. Sade Adu and the band with her first name are back and track one finds her insisting, "You'll always know the reason why, we could have had the moon and the sky." And it's expressed sentiments like that which should earn Sade Adu the title of "Hardest Loving Woman In Show Business."

I don't know anyone who would ever call her the hardest working woman. She and the band Sade emerged in 1984 with their breakthrough debut Diamond Life which they followed in 1985 with Promise before waiting three years to release a follow up Stronger Than Pride. Then four more years before the next album Love Deluxe. And that was it for the band in the 90s, just that 1992 album. In the last decade? Sade kicked things off with Lovers Rock. And no more studio albums. So be prepared for the fact that Soldier Of Love, the latest album, may be the last time you hear from her until the '20s. 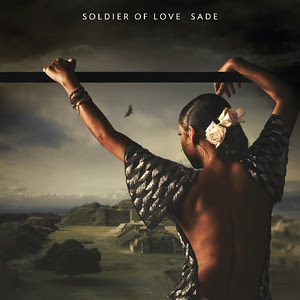 Looking back on the last decade, I noted that Lovers Rock was a minor classic. And I think Soldier Of Love is even more of a classic. So the long waits may be necessary. Listening to the latest album, it sounds like she fell in love about seven times over, none of which lasted and at least five of them ripped her heart out and threw it on the tracks of the Tube in downtown London. Maybe these ten songs are just based on long ago memories or on her own creative impulses (as usual, Sade Adu wrote all the lyrics) but she certainly sings them like she's lived every last tear, every last bead of sweat.

Which doesn't mean she's a "downer." If you're charting the tangles and twists of the heart, you have to include the intense moments of joy. On this collection, that moment is probably best captured in "Babyfather" and, even more so, "Be That Easy." The former has a pulsating rhythm that naturally will lift but there's something in the waltz-like "Be That Easy" that really speaks of a warm, post-coital cuddle.

Sade's lyrics really can't be broken apart from her vocals, granted, but that passage really captures "Be That Easy." And what Sade and her band capture on this album is probably their most adventurous music in years. "Bring Me Home" features a swirling, descending chord that's so perfect for the song and so perfectly executed it may take a moment to register how different the music is from what we expect the band to provide us with.

That's pretty much true of the entire album. This is beautifully arranged album featuring some amazing accents and colors. Ian Burdge's cello work especially requires praise. Most amazingly so do Sade's vocals.

That's not meant as an insult. Sade's vocals are worldwide famous and beloved for good reason. But the first verse of "In Another Time" is beyond what most would think she was capable of -- it goes beyond flexibility, beyond notes, beyond shading. It's the moment that has you stopping whatever you're doing to just marvel. In the second verse, she has a few moments similar but nothing really like it. It's not just the sleepy nature during the first vocal, or her reaching for higher notes than usual, or anyone individual element. But it's in that moment that Sade makes clear she's Ella Fitzgerald, she's Helen Morgan, she's any great torch singer you've ever heard of and then some.

So fashionable for so very long, Sade, as an artist, has almost become an accessory in many people's lives. "Got the new Sade? Check!" And that's because she and her band are so consistently strong and so consistently explore the fallout of love (hits include "Smooth Operator," "No Ordinary Love," "Your Love Is King," "The Sweetest Taboo," "By Your Side" and "Paradise"). And the albums have been consistent in their quality with Lovers Rock being the best one since Diamond Life. Soldier Of Love does not provide a subtle step forward, it's a much marked progression. And hopefully it will lead to a re-evaluation of Sade because we've really grown so accustomed to their high standards (which may explain the long delays between albums) that I think our met expectations mute our praise.

And maybe I'm wrong about that. But the best way to test my hypothesis is for you to listen all the way through building up to the gorgeous "The Safest Place." But really listen, especially to the way Sade uses her voice in that final track. Once upon a time, when Frank Sinatra, Ella, Judy Garland, Billie Holiday and others were setting the standards for singing, that was the mark of a genuine artist: How they shaded, how they used their voice like an instrument. Vocal gymnastics appear to enthrall Americans these days and it's really past time that it was pointed out that the acrobats are keening in sounds that only dogs should hear but they aren't singing. There's no communication going on, there's nothing being conveyed except "Buy my record!"

Into this landscape re-emerges Sade Adu, the torch singer in a war weary world, hence the title track and the final one where she, like so many others, longs for "The Safest Place." 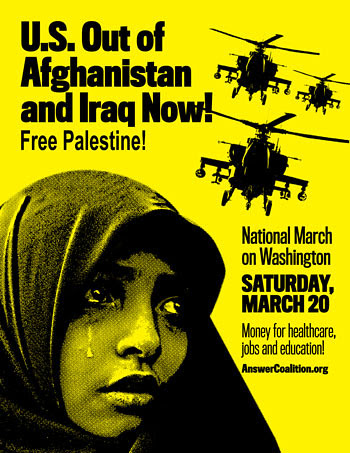