Kat's Korner: The exclusion of Cher

Kat: Rock and roll is serious business, you understand. That and assorted other lies will be tossed at you if you dare to point out just how sexist the Rock and Roll Hall of Fame is. On the pop culture scale, minor nobodies from the fifties are in the Hall provided they have penis. Men of dubious legacies are in there as well because they have a penis. Having a penis allowed the Hall to break their own rules and induct Smokey Robinson as a solo act before the guidelines allowed him to be eligible for induction. (He records solo in 1973 and is inducted in 1987. No, that is not in keeping with the 25-year 'rule' supposedly enforced.) In other words, these apparently magical penises waive you on in repeatedly. Rather unrealistic, if you ask me, because I've never seen a burly bouncer waive anyone through for having a penis but a nice rack has gotten many a woman into a club. That's real life, though, and the Rock and Roll Hall of Fame has little to do with real life or reality.

The most recent round of inductees saw four singers of the group Abba inducted -- two men, two women. And those two female members of Abba were the only women inducted this go round. The year prior to that Madonna was the token woman inducted with all the men. In fact, 2007 was such a 'landmark' that both Patti Smith and the Ronettes were inducted. That alone should demonstrate the problem, by the way. Patti hits in the mid-seventies and she's getting inducted at the same time as the seminal girl group from the early sixties. How does that happen? Take a look at the 2004 inductees or the 2003 inductees and you'll see (not one woman was inducted in either year). It happens because women are repeatedly overlooked and the Hall has to play catch up over and over due to their inducting a large number of male losers who will need highly descriptive plaques at the Hall to remind visitors who they were and what they allegedly accomplished.

What does the singer really want to do? "Baby, be friends with you." And maybe you're thinking, "Bob Dylan!" Yeah, Bobby wrote it. He sang it. He just didn't carry it onto the charts. The Byrds did, of course, at the same time Cher was putting the song on the chart. Who won the dueling "All I Really Want To Do" competition? Cher. But the Byrds are in the Rock and Roll Hall of Fame and where's Cher?

As a legacy alone, she deserves the honor. Cher in concert still commands top bucks. She's charted on the hot 100 album chart repeatedly -- five decades have found her with hit solo albums including at least one in the top 30 in the 60s, the 70s, the 80s, the 90s and the 00s. This is the woman whose early recordings as a backup singer are historic: the Ronette's "Be My Baby" and "Walking in the Rain," the Righteous Brothers' "You've Lost That Loving Feeling," etc. This is the woman who introduced the country, the world, to hippies as half of Sonny & Cher. You'd think being half of "I've Got You Babe," "The Beat Goes On" and "Baby Don't Go" would be more than enough to get into the Hall on its own but apparently that's not the case.

Now while Cher was part of that duo, she was also a solo artist. But while she and Sonny would ponder the sweet, innocence of "Why Don't They Let Us Fall In Love?" (and make it up to number two on the Hot 100 with that song), as a solo act, Cher was a little darker in her song choices. As a solo artist, Cher covered Dylan's "Blowing In The Wind," "Like A Rolling Stone," "I Want You," "The Times They Are A Changin'," "Tonight I'll Be Staying Here With You," "I Threw It All Away," "Don't Think Twice," "Lay Lady Lay" (as "Lay Baby Lay") and "Masters of War," Tim Hardin's "Reason To Believe," Buffy Sainte-Marie's "Until It's Time for You to Go," Peter Yarrow and Paul Stookey's "Cruel War," Donovan's "Catch The Wind," Jackie DeShannon's "Come and Stay With Me" and much more.

Her sixties solo persona is that of a one-woman Shangri-La. Tough talking and getting a raw deal, she's frequently pregnant in songs -- unwed pregnancy, you understand -- and these weren't tracks buried on the lps but actual singles. 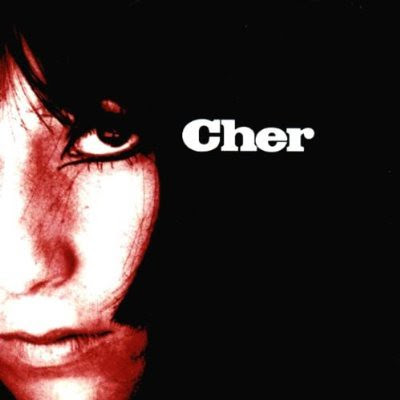 Of all the collections available for downloading focusing on Cher's sixties solo work, the one I recommend most strongly is Bang Bang: The Early Years. The 18-track collection opens with Cher's first solo track, Sonny's "Dream Baby," which has grabbed a strong following in the years that have ensued (and which was remastered in 1990 for this collection). Bang Bang focuses largely on the hit singles. (For those looking for an album proper, 3614 Jackson Highway remains my favorite Cher solo album of the sixties.)

No one was doing that. Whatever got tossed over the Tallahatchie Bridge in Bobbie Gentry's "Ode to Billie Joe" was left unspecified. The closest anyone really came to Cher's persona in the sixties was Diana Ross & the Supremes with "Love Child" and then only to insist that the gals would keep "waiting" to avoid unwanted pregnancies. At the height of the 60s sexual revolution, Cher was the only rocker -- musically -- that you knew was doing something more than holding hands. In fact, you had to wander over to country music and the likes of the "widowed wife" Jeannie C. Riley sang about ("Harper Valley PTA") to find any thing remotely like Cher's solo persona but, of course, Riley refuses to perform her big hit today or any other 'blasphemous'' music.

Of all her solo hits from 1965 through 1969, the biggest was "Bang Bang (My Baby Shot Me Down)" which climbed to number two in 1966 and would go on to be recorded by practically everyone from both singing Sinatras (Frank and Nancy) to Stevie Wonder. But Cher's 60s version remains the classic interpretation (Cher re-recorded the song for her 1987 self-titled Geffen album). It's the tough but tragic quality of Cher's vocal that puts the story of the abandoned lover across. And in her 1965 cover of Ray Davies' "I Go To Sleep" you can hear the later emergence of Pretenders.

Chrissie Hynde's group's in the Rock and Roll Hall of Fame, by the way. Cher's not. She apparently has had less impact than Chrissie who teamed up with her, Neneh Cherry and Eric Clapton for the 1995 British number one hit "Love Can Build A Bridge." Clapton? He's in the Hall as well.

But Cher's not. Despite carving out a space for women in sixties rock music that didn't exist prior. Despite pioneering many trends to come. Hey, Cher's second biggest single of the sixties is "You Better Sit Down Kids." In it, Cher explains to the kids that she's divorcing . . . their mom.

No, it wasn't common at that time for women in rock music to sing from a male perspective. In fact, Carole King, promoting 1980's Pearls (recordings of some of her classic songs written with former husband Gerry Goffin) would make a big deal of how she sung "Hey Girl" without changing the gender and how you could do that "today." But "yesterday," in 1967, Cher took "You Better Sit Down Kids" to number nine on the Hot 100.

Let's all stop pretending that there are standards that women can't meet and that's what keeps them out of the Hall. The reality is these so-called standards are bent and broken for one man after another. It's only when it comes to women that the gates can't be opened and new barriers are erected. In the sixties, Cher notched up chart hits as one-half of a successful duo and as a successful solo artist. She would go on to chart and influence in every subsequent decade. She's a pioneer and she's a legend. And she belongs in the Rock and Roll Hall of Fame.

-----------
Note: I plan to do pieces on Cher's seventies, eighties, nineties, and 2000s output. I am serious about Cher belonging in the Rock and Roll Hall of Fame and outraged that she's still not in there. These reviews will be my attempt to point out how sexism is preventing her (and many other women) from being inducted.