Kat: If you've listened to music for more than four years, you've probably had a number of favorites you've enjoyed and then, sometimes for reasons you can no longer even remember, you stop listening to someone. I've been listening to music forever and there are many artists I've enjoyed in the past that have fallen away.

I can't, for example, imagine anything that would induce me to buy another Paul McCartney album. (He last tricked me out of cash when he teamed up with Elvis Costello for a few songs on 1989's Flowers in the Dirt.) I'm more inclined to listen to a number of female singer-songwriters than most of the men. That's due to the fact that artists like Carly Simon grew and continue growing. They're not trying to pretend they're Natalie Wood in Rebel Without A Cause while most of their male contemporaries -- despite receding hairlines, my vain darlings -- still think they can pose as teenage James Deans. Joni Mitchell, Janis Ian and other female artists are women who've never stopped exploring, never ceased to find new meanings and levels. Their songs continue to reach out to listeners. Laura Nyro is part of that class of female singer-songwriters but she passed away in 1997. Melanie's part of that class as well.

The star out of Woodstock. "Lay Down (Candles In The Rain)." Melanie had a run of hits including "Peace Will Come (According to Plan)," "Ring the Living Bell," "The Nickel Song," "Bitter Bad" and her number one "Brand New Key." Even without including album tracks, for a large number of people, reading those titles results in melodies playing in the brain. But Melanie fell off my playlist.

Why? I'd guess it was leaving Buddha Records for her own label then ending up at Atlantic then elsewhere. It was difficult to follow all of that. Back in 2004, I bought Beautiful People: The Greatest Hits of Melanie at Tower Records. They also had, in a plastic sleeve, a copy of Photograph (Melanie's 1976) album and I thought, "I'll grab that next time." I also thought how great it was that, all these years later, Tower was stocking Melanie. "Next time" was a few days later and Photograph was gone but there was a live Melanie CD for $5.99 that I grabbed instead. I really enjoyed that but Maggie grabbed it and it's been years since I've heard it.

And thinking back a few months ago, I would be remembering Tower Records and the fall of Tower Records and how that destroyed everything. But it really didn't. That was driven home with the August 3rd snapshot which included the following:

What a great set of lyrics.

Man, Melanie really could nail it better than anyone. And how amazing of C.I. to reach back to that song from the Vietnam era and use it in one of the snapshots . . . . 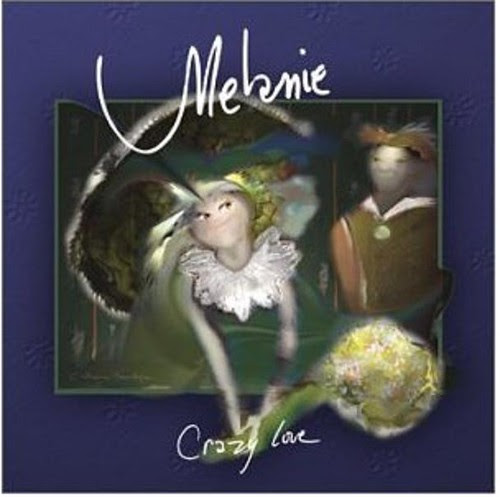 My bad. Tower's bad as well. It's from Melanie's 2002 album Crazy Love and, in 2004, I thought Tower Records was serving my needs but they didn't even carry that album. I asked C.I.to sing "Till They All Get Home" and she humored me. I fell in love with it and she said I could listen to her copy of the CD when we headed back to the Bay Area for the weekend but I couldn't wait long, I went hunting on Amazon and iTunes. (Both carry it. It's a dollar cheaper at Amazon.)

"And We Fall" opens the album and the first thing that stands out is how much Melanie sounds like Melanie. That unique singing voice is still present and so is the unique writing voice.

It's a bad indication
When you cry every day
When everyone you've ever loved
Has vanished or moved away
Or was it me who deserted, yeah?
Was it me all the time?
And once again, I'm reminded
How the punishment fits the crime

That's the opening of "Punishment Fits The Crime" and you really have to hear Melanie get all bluesy and wail on the song. Words aren't going to describe it. Or the song that follows, "Smile" written with her son Beau Jarred Schekeryk. Though the lyrics to "Smile" are great, it's really the music, the playing of the music and the arrangement that blows you away.

And then comes the beautiful "Till They All Get Home." While I was downloading, Trina was looking for a way to hear the song: "I found a video a Melanie fan made." So, if you haven't heard the song yet, you can click on that link. That's probably a good introduction to the album. You'll note the crystal clear recording, the musical accents, the choir-like vocals and how very modern the whole thing sounds.

That's the thing about this album and the seventeen tracks (the 17th track is a new recording of "Brand New Me"), it argues Melanie's not a relic of the past but an artist still contributing. And I felt so embarrassed and ashamed because Crazy Love is amazing and I certainly would have noted it in last December's "The Decade In Music." 2002 saw Tori Amos release the classic Scarlet's Walk and I don't think Crazy Love can replace that but I do think it would have tied with Tori if I'd known of the album.

Crazy Love is that great. This is an album that's so full of life and love that it reminds you of why you like music to begin with. There's not a filler track. Melanie explores serious moods and playful ones and does so with a craftsmanship that I didn't realize she possessed. Crazy Love has to be the buried treasure of the last decade. It's just that amazing.

"Right About Now" is a song that ends with you wanting to hear it again and again. And that's true of this entire album. It plays like a greatest hits or, yeah, like Carole King's Tapestry. The tracks flow naturally from one to the other, the songs have you singing along, everything is perfection.

This is a classic album. To listen to it is to fall in love with it immediately. I had no idea Melanie was still recording. (Early last month, she blew away Canadian audiences at a music festival.) And I had no idea she had this kind of talent. Like an unexpected rain on a blistering hot day, Crazy Love is an unexpected gift. Make a point to check it out.