Kat: 2010 was when the bulk of music was like the Iraq War, the same old thing, the same results and no advancements. This was best exemplified by the 'newest' album from Carole King. In 1971, she released the classic Tapestry and no one should try to deny that album's beauty or greatness. Revisting it once? Sure. Roger Waters re-did Pink Flody's The Wall, after all. But despite a decade of hit making before she ever recorded Tapestry, Carole decided to spent the last decades of her career telling audiences that all she ever had to offer was one album.

That message was not sent in 1978 with Her Greatest Hits which features four tracks from Tapestry paired with eight other solo hits -- but then, Lou Adler was in charge of that album. Left to her own devices, Carole's become annoyingly one note. Doubt it? In 1994, 16 years later, on a 15 track live album entitled In Concert, allegedly to promote her new studio album (Colour of Your Dreams), she devoted 9 tracks to Tapestry. Nine out of fifteen songs. Things were better in 1978 (when Adler was in charge of selection). In the midst of her fourth decade of hit making and nine songs were from Tapestry? The same year, her 'boxed' set was released. A Natural Woman: The Ode Collection (1968-1976) was a two-disc set and the full Tapestry album was included while other albums were only represented by a track or two. This was quickly followed two years later with Carnegie Hall Concert: June 18, 1971 -- a Sony "Legacy" release which she may have had no say in and which, promoting Tapestry, would require a number of Tapestry songs to appear. Ten of the seventeen songs are Tapestry tracks.
In 2001, Carole finally went back into the studio to make Love Makes The World Go Round -- reminding (briefly) fans that she could do more than live albums and greatest hits.

But that was it for Carole and new songs and 2005 found her boring us with the hideous Living Room Tour album where, among other crimes, she completely distorted the meaning of "Sweet Seasons" with a lyric change that, she explained, made politicians more comfortable. Never having wanted to 'rock out' with John Kerry, I just wanted my money back. This 21-track album contained eight songs from Tapestry. (Some might argue 20-track album. "Welcome To My Living Room" is one minute and fifty-eight seconds of the kind of bad chords and banter Lily Tomlin intentionally hits on the piano when playing lounge act Bobbie Jeanine) It also found her returning to "Chains." Someone needs to explain to Carole that just because the Beatles recorded this song she wrote with Gerry Goffin does not mean anyone needs to hear it again. She performed it poorly on the 1982 One to One tour (while wearing a poodle skirt) and she's performed it poorly ever since. She really needs to stop recording this girl group novelty that never had much going for it in the first place. If she still can't get it, the Beatles recorded it on their first album and, while listenable, no one mistakes Please Please Me for Sgt. Pepper's Lonely Heart Club Band, Revolver, Abbey Road, 1968's The Beatles or Rubber Soul. Here, it's not as embarrassing as the version on 1994's In Concert (a minor girl group song sang weakly with Slash overdoing it on electric guitar does not make for pleasant listening), but it's as embarrassing as her 1982 performance of it. Carole, step away from the childish song.

Which brings us to this year when she released her fourth live album in the last 16 years. Live at the Troubadour is a 15-track album which only contains six Tapestry tracks and that might seem like a big thing . . . Except she does the album with Jame Taylor so they more or less split the (bad) album. The only non-Tapestry song of Carole's to appear on the album is the Drifters' "Up On The Roof" which James Taylor muzacked to death in the 70s. Does the woman have no management? Is no one looking out for her interests? For 16 years her output has put forward the notion that all she has to offer is one album, that she's a one trick pony. It's as big a lie as the Iraq War.

2010's best albums offered something more than that expected and trite. 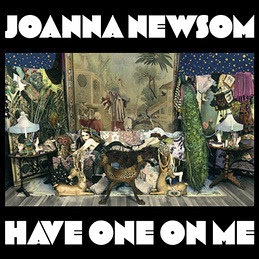 1) Joanna Newsom's Have One On Me. [All linked album titles go to my original review.] The best album of the year. This album just does not go old. I can still new notes to marvel over, new lyrics to ponder. This is a masterpiece but, hopefully, Joanne Newsom won't spent the next forty years re-recording this album live over and over. 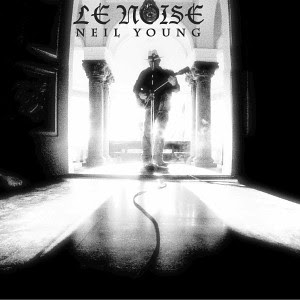 2) Neil Young's Le Noise. Since 1994, Neil has repeatedly made clear he's the best male singer-songwriter of his generation. Rust never sleeps, he once told us, and Neil never rests. If you haven't heard the album yet, check out his video for "Love and War." That track alone should grab you.

3) Heart's Red Velvet Car. If anyone had a right to coast this year it was the sisters Wilson. Ann and Nancy have taken their share of lumps over the years from male and male-defined critics (Rolling Stone will forever be infamous for making a critic re-write a review of a Heart album that Jann & company felt was too positive to "a chic-led band") and managed to hang in there which is success all by itself. So they could have done a "Living Room" album, a live thing recapturing their best album from the seventies. Instead, these working moms (both have two children) went into the studio and rocked it so hard they put most of the male bands recording in the last ten years to shame. Red Velvet Car doesn't just remind you how great Heart was, it raises the bar by demonstrating how great Heart is. My favorite track is "Sand" and you can check out this video of Heart performing it live as well as a live performance of the title track here.

4) Sade's Soldier of Love. Is she the Dusty Springfield of this century or the Johnny Mathis? Who knows but Sade and her band make the most romantic music around: the foreplay and the moment after. She and the band are the musical equivalent of Halley's Comet or the Giants winning the World Series -- enjoy them while you can because you won't see them again for a long time. The title track was a huge R&B hit in the US, "Babyfather" and "The Moon and the Sky" were top ten and top twenty hits on the US jazz charts but the best song on the album has to be "In Another Time." 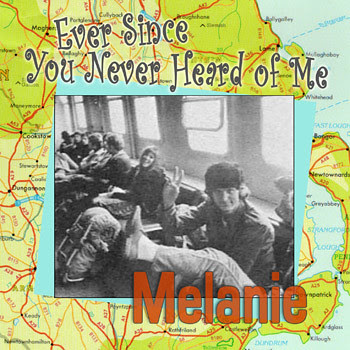 5) Melanie's Ever Since You Never Heard Of Me. The album of life, death, birth and destruction from America's homegrown mystic. The thirteen track album came out this fall and will blow you away. "Motherhood of Love" was inspired by the hugging saint (as Melanie explains at the live linked video) and it and "Smile" are infectious. The whole album is but those are the only videos I could easily locate of tracks from this album. Listen to this album once and see if you don't end up loving it. (And then make a point to share it with your friends.)


6) Ray LaMontagne and the Pariah Dogs -- At the start of September, C.I. dragged us to a Phoenix concert and I was thinking, "Pariah Dogs. Oh, this is going to be rich." Days later, I'm back home and dragging Toni, Maggie and Dak-Ho to the Santa Barbara Bowl to see the same group. Except for wearing a vest during some of the Santa Barbara gig and a darker shade of pants (same derby, same shirt, for any wondering), the concernt was pretty much the same high energy performance and laid back stage patter (playing casinons was a topic at both). That's not an insult. The Bowl's an outdoor shed and, especially before the sun goes down, the audio dynamics can be a nightmare depending upon your seat. After, Maggie noted, "Well he parts to the right" (the boys are confused, the little girls understand), I should have known that Maggie was going to zoom in on him. I was spreading the word about his concerts two days later when I got an e-mail Maggie had sent to everyone in her address book. It was a review of his Santa Barbara concert and of the new album God Willin' and the Creek Don't Rise. "Damn her and her crotch obsessions!" I cursed. There was no way I could do better than Maggie, I felt, and even if I did the same level, all of our friends would be comparing our mutual output. (For any who wonder, Maggie was not attempting to compete or duel with me, she was trying to get the word out for the Berkeley concert Ray and company were doing that Friday.) I made a mental note then to include the album on the year's best of and if you haven't heard it, it's past time you checked it out. Though you'll miss the physical impact and the jaunty tilt of his derby, you can visit this NPR page to stream a live concert. 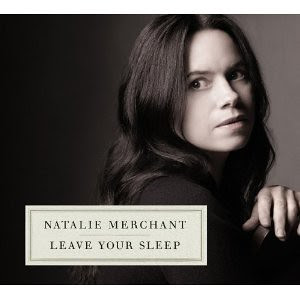 7) Natalie Merchant's Leave Your Sleep was a risky, artsy move that could have come off pretentious. Instead her first album in seven years found her offering two discs of nourishment that you could lose yourself in. "Nursery Rhyme of Innocence and Experience" hooks you in from the first notes.


8) John Mellencamp's No Better Than This. Again the theme of the best of 2010 was artists who didn't settle, they upped the ante and stood in top form. Mellencamp was unfairly seen by some critics in the 80s as a low-rent Bruce Springsteen, getting him lumped in with Bryan Adams and assorted others. I never felt that was accurate and that 1985's Scarecrow (and specifically his duet with Rickie Lee Jones on "Between A Laugh And A Tear") demonstrated he was a one-of-a-kind artist. This year he demonstrated it again with this thirteen-track album. Check out "A Gracefull Fall." If you can stomach Terry Gross, check out this interview she did with Mellencamp about the album (link has audio and text options). As I explained last month, I love this album, I just didn't have the time to work on a review. Since I posted that, Wally's told me this is his favorite album of the year. 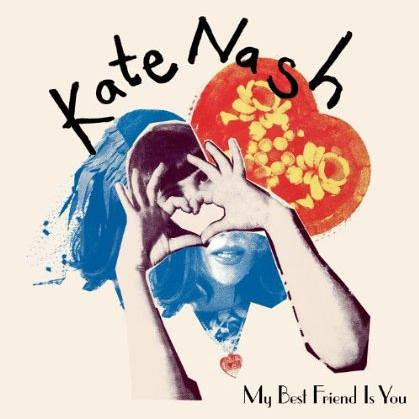 9) Kate Nash's My Best Friend Is You. Album number two would have been a huge hit if Kate had served up "Foundations II." Maybe something along the lines of, "You're now an alcoholic and I've got a black eye, I fall on my bum and I cry, My fingertips are still holding onto the cracks in our foundations . . ." Instead, she shook things up and explored grooves and rhythm, producing the only dance album of note for me in the whole year. "I've Got A Secret" should have been the first single. Had that been the first single, My Best Friend Is You would have been more than the album everyone in the know talked about, it would have been a huge blockbuster in the US.

10) Esperanza Spalding's Chamber Music Society. This is on the list for her high notes (vocal) and her amazing talent on the (upright) bass. Though mainly billed as a jazz musician, I find her too organic to just place in a "jazz" cubby hole. I'd call her music genere "explorations." The William Black poem "The Fly" becomes "Little Fly" on this album and it's rivaled only by her own "Apple Blossom:" "And he laid her to rest beneath the blanket of white, Til they'd meet again in the springtime, Now he stands beneath the apple blossoms, Every year where they used to go walking, Walking, And from above she's always watching, But her body lies beneath the apple blossoms."