Kat: "I love the lyrics to 'Morning Mr Magpie," Maggie was telling me before quickly adding, "at least what I think they're saying." And that's Radiohead summed up in a single sentence. By contrast, a one-weekend lover declared Radiohead "the world's first real surrealistic band" the week OK Computer dropped. When you're that wrong about music, you have to be really good in bed to hold my interest. 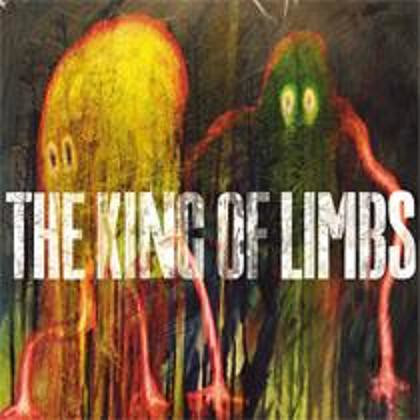 Radiohead is not surrealism. They're Monet, Pissarro, early Renoir. They're impressionists and you can relate that to Monet's most famous work (Impression, soleil levant) which really captures the group's new album The King of Limbs, or you can explain the line from Claude Debussy and Maurice Ravel -- two strong examples of the impressionist period in music -- down to Radiohead.
Detractors listening to the new album would complain that the songs were sketches, echoing early critiques of Monet, when, in fact,they're studies in suggestion. No offense to Bryan Adams, but the new album is not eight tracks of "(Everything I Do) I Do It for You" -- Radiohead has never been that direct or on the nose. Instead, especially starting with Kid A, they're the boyfriend you're forever trying to figure out, maybe even asking yourself, "Are we really a couple? He likes me, right?"
The first track has a hook that may remind you of a turntable needle skipping on a vinyl record as Thom Yorke sings "It's what keeps me alive" and, later, "I'm moving out of orbit" suggesting that the song is about overcoming OK Computer and all the other expectations that can drag down a band fourteen years after the release of what is considered their definitive masterpiece. Or maybe Thom, Johnny Greenwood, Ed O'Brien and Phil Selway are just wanting to kiss off an old girlfriend?
I'm not forgetting bassist Colin Greenwood, I'm just aware he's the last to kiss off anyone. And if you doubt it, check out the caressing notes he's adding to the album's second best track, "Give Up The Ghost" while Thom singing about being "in your arms" and "don't hurt me." By contrast, "Separator" is Phil Selway's chance to shine. "Shine," not show off. The drum work Phil's doing on that track is really important and has, for too many decades now, been done by drum machines on a lot of 'top forty' chart hits. Listening to Phil do it, you get how much depth and shading a human being can add. (Or else they've used a drum machine and we've truly been swallowed by a Stanley Kubrick film.) And everyone's bringing something to this music buffet (such as on "Codex") and, when it's all mixed together, it really cooks. Colin and Phil really cook on "Feral" which is basically a Dionysian bolero that bursts throughout as opposed to building to one loud climax.
"Lotus Flower" is the single (optimists say "first single" but I don't think they've listened to much radio in years) and when I downloaded this Friday, February 18th, I really didn't get why. Except for "Bloom," everything could be a single and a strong argument can be made for "Little By Little" with its descending bass line and Thom's feathery chorus vocals as the strongest and most commercial shot at radio play. "Lotus Flower" has grown on me in the last week; however, my impressions of "Little By Little" have also intensified. The guitar work, the drums, the rhythm, the vocals that sound like Thom's on the verge of orgasm, everything screams "ROCK SINGLE!!!"
You can easily picture Bono singing something similar but in that bombastic, beat it over the head with a hammer way that has zilch to do with seduction and everything to do with masturbation. Which may be the key to Yorke's vocals, all these years later. He teases, he intrigues, he flirts. He's the guy on the barstool that's got a smell you're not sure -- maybe it's intriguing, maybe it's off putting, you'll have to move in closer to know for sure. Meanwhile Bono's preening by the bar doused in Jovan Musk for Men and you can smell him all the way back at the entrance to the ladies room.
"Little By Little" could be this decade's "Sara" (a Stevie Nicks masterpiece she wrote and performed with Fleetwood Mac which rotates between a more complex descending bass line -- "Drowning in the sea of love . . ." refrain -- and a two-note ascending bass line -- G to A chord -- on the verses), one of those songs you never tire of, one that forever sounds fresh.
But maybe Maggie's right and "Morning Mr Magpie" is the most obvious single? That's the thing about Radiohead or a good seduction, nothing is ever obvious.