Kat's Korner: Give 'em the keys

Kat: "I'm swallowed in sound as it echoes through me, I'm renewed," sings Ben Gibbard of Death Cab for Cutie on "Stay Young, Go Dancing," the final track on Codes and Keys released Tuesday, May 31st. And whether or not the new album makes it for you depends on whether you like the echoes or not.

A band which takes its name from a Bonzo Dog Doo-Dah Band song featured in the Beatles Magical Mystery Tour TV movie is a band wallowing in historical comparisons and a band begging the question: Can it stand on its own? 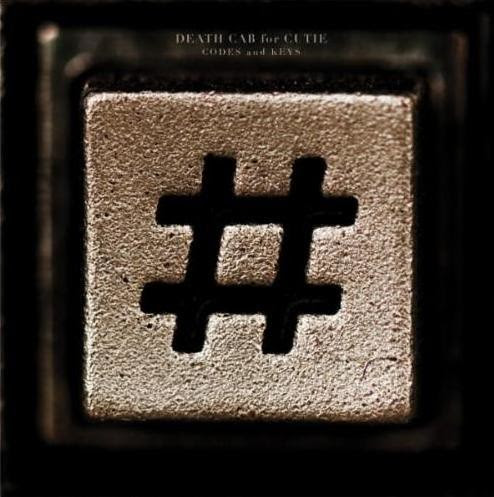 Code and Keys is album number three for the big labels and album number seven of their studio sets. We're way past the point where they should be on the eve of something, by now they should have delivered.

And for eleven tracks, they -- drummer Jason McGerr, bassist Nick Harmer, guitarist Chris Walla and Gibbard -- largely do. Which makes it all the more irritating when what should be allusion or 'homage' just doesn't pan out.

Take "Unobstructed Views" which borrows liberally from the music to Stevie Nicks' "Sara" (a hit off Fleetwood Mac's Tusk) and nods to its "Drowning in the sea of love" lyric with "There's no eye in the sky, Just our love." Maybe the track is all too clever for words and it's zooming right past my head. But I think I get it. "Sara" starts out with a very brief instrumental, largely Christine McVie on piano, and then repeats that motif as Stevie begins singing before the chords and the beat really come in (its the chords that Death Cab for Cutie has lifted) so the thinking is, 'In our version, we'll just have a really drawn out instrumental opening,' approximately three minutes. But even after I've dissected that and more, I'm still left with a song that says very little and certainly -- even with Stevie like allusions such as "storm clouds rage," "memories flood," etc. -- doesn't hold a candle to what Stevie herself wrote. (If you need to freshen your memory, click here.) It's the clunker of the set if you catch the allusions. If you don't, it's the best Afghan Whigs song Greg Dulli never recorded.

Far better is their absorption of Stephen Sondheim for the opener "Home Is A Fire." Unlike the album's first single "You Are A Tourist" (already called out as a Stone Roses copy), "home Is A Fire" is a sleight of hand so gifted most will never even catch on. Both songs cry out for a home, for a refuge and, throughout the album, the band sounds like, as Joni Mitchell once put in "The Gallery," "some lost homing pigeon."

At its worst, the band comes across on the album like Neil Tennant fronting The Cure with Brian Eno at the mixing board. At its best it sounds like Neil Young dropped into The Free Design with New Order handling production duties -- in other words, a bunch of jarring elements that don't appear likely to line up. But, on Codes and Keys, almost everything does.

Though I doubt seriously it will be a single, I'd lay good odds on "St. Peter's Cathedral" becoming the track this collection is remembered for. But, even if I'm wrong, this is an album that delivers and one that takes the alienated band further along the road to art. For finest listening experience, hop in the car late at night, crank up the AC to the point of shivering and blast. Codes and Keys is a definite experience.