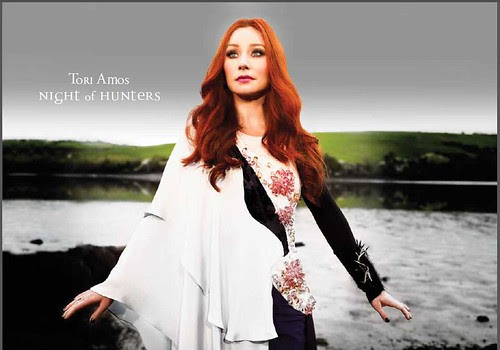 Get Bruce Springsteen or Rickie Lee Jones to talk about songs and they'll see a line with "New York City Serenade" and "Night Train" stringing back to Van Morrison's early work like "Madame George." And, if you think about it, the connections between the later songs to "Madame George" do become obvious.

"Kashmir," for any who don't know, is a Led Zeppelin classic, written by Jimmy Page, Robert Plant and John Bonham. It's a milestone, a marker, a touch stone, you name it.

Ultimately, the song is about power.

And power is probably the most confusing characteristic. Not just to rockers but to society in general. The little boys the labels pimp today are scared of power. Justin Beiber's downy pubes will sprout and later gray without him ever having touched power. On the other end of the extreme, Stephan Jenkins still patrols the stage like a caged cat and he continues to mistake that for power. Greg Dulli is one of the few living male artists who grasps power and consistently uses it. Owning it in some form may have killed Kurt Cobain. Eddie Vedder never had it (which may be why he's so jealous of Kurt Cobain to this day), Chris Cornell briefly touched it and it burned him while Billy Corgan tried to possess it and therefore lost it forever.

On the female side, things haven't been much better. Lot of lyrics about power sung weak and meek. A TV child performer saw power in the distance and pursued it resulting in the amazing Jagged Little Pill. Alanis Morissette caught it (or at least plagiarized it) with "Uninvited." But like Chris Cornell, she quickly pulled her hand back and her career's never recovered. She can kid herself with, "I gained strength by releasing my power," but she's not fooling anyone.

8:30 p.m. in a darkened amphitheater, slight buzz going, no one wants to hear your laundry list of thank yous to India and clarity over a tinkling arrangement and delivered with softness and asexually.

See the power for a musician is to command attention. That's what "Kashmir" does. And the few who can grasp that tend to be the strongest performers in studio and on stage. That's Dulli, that's PJ Harvey and a few others. It's always been Tori Amos.

For this album, Tori's with the classical label Deutsche Grammophon which started in 1898 making it one of the oldest labels still around (it's part of Universal Music Group today). She explained to Melissa Lesnie (Limelight Music), "A musicologist at Deutsche Grammophon called Dr Alexander Burh had heard I'd been working on a musical with the British National Theatre in London. He approached me about writing a song cycle and said, 'I think you need to open yourself up to this form'." Which is how she ended up working with the Apollon Musagete string quarter and clarinetist Andreas Ottensamer of the Berlin Philharmonic and recording variations on the music of Debussy, Bach, Chopin, Mendelssohn, Satie, Alkan, Mussorgsky, Granados, Scarlatti, Schumann and Schubert.

Night of Hunters is a story and it's a story about power against the backdrop of a shattered relationship. "Shattering Sea" is an amazing piece but also a more hesitant one in keeping with what the main character is going through, reclaiming her own self. "That is not my blood on the bedroom floor, that is not the glass that I threw before," the woman insists fooling no one, except possibly herself. And who hasn't been there? But as night rolls across the river and wraps the woman's home, she is visited by a shape-shifter named Annabelle (sung by Natashya Hawley) who takes her on a journey into the mists of Ireland's past, to another relationship centuries old, where a couple fought a war as wordsmiths and when they lost, they left Ireland for America, where the woman was abandoned.

As this is going on, they indulge in peyote ("Cactus Practice") and the woman begins to feel, hear and see the world around her ("Star Whisperer," "Job's Coffin" and "Nautical Twilight") at which point she begins to get some perspective on her break up ("Your Ghost").


Having provided her with a template, Anabelle must now turn her over: "I must leave you with the Fire Muse, show her the riddle, it is serious, if you lose out there" -- no kidding. Anabelle and the woman will be at odds and Anabelle will be out to destroy/consume her. This is track eleven and Natashya Hawley is Tori's daughter. Reviewers are debating whether or not she should be on the album and can she sing and la-la-la. Their voices are similar and that really comes through in "The Chase" and is probably why she was selected to portray this role. The woman -- if you pay attention -- is Anabelle and Anabelle is the woman. No, not clones, not even reincarnation. We're talking archetypes and we're talking sisterhood.

You will not ever be forgotten by me
In the precession of the mighty stars
your name is sung and tattooed now on my heart
here I will carry carry carry you forever.

And there's a lilting and strutting sense to the music.


Musically, Tori's reclaiming fire. One of my favorite tracks, "Star Whisperer," scorches and reminds me of Stravinsky's The Firebird. But the album itself reminds me of third grade. We were supposed to see a ballet as part of 'cultural exposure' at my school. The ballet was cancelled and the school looked for a replacement and came upon Peter and the Wolf. So we got in our school buses one day and went off to hear classical music. And a few were bummed because it was music without any dancing. But as we sat high up in our seats (I'm sure the cheap ones) and looked down, I felt excitement rising as the lights went down. And, closing my eyes, I saw the whole exciting story in images that the music drew and painted in. It was exciting and unlike anything else I knew, which is how I see Tori's Night of the Hunters.

It's about power. Not abuse of power, not surrender of power. It's about owning your power. Power scares a lot of people. And not just power we see in others, but also the holding of power ourselves. I used to think that was just women, but it scares a lot of men as well. But without power, you're not living your life, life is living you.

I'm thinking specifically of a chart maker in the last years who is about to release a new album. The head of her label is a friend of C.I.'s and is very worried that the young woman is not up to touring or promoting the album. He asked C.I. to speak to her so we caught up with her last week and the young woman did her little spiel about how all she wants out of life is her family and her private life and she doesn't want to be the number one artist of all time or even of the year and isn't even sure if she wants an audience because she wants to be lower key because she feels like everyone's watching her and the attention is too much and blah, blah, blah. She seems like a sweet young woman -- one that might need to try getting some real problems as opposed to attempting to turn bitching into an art form.

But, as C.I. pointed out to her, forget all the money spent recording the album and that will be spent promoting it, if you're not ready to walk out on that stage and own it, why are you going on tour? You're ripping off the people buying your tickets. You're going to give them a lackluster show and then be surprised next go round when they don't want to fork over their hard earned money to see you make a stab at going through the motions again. In a better economy, C.I. pointed out, a bad tour might be quickly forgotten. But in this economy, when many people will only be able to see one concert this year, they're betting a lot on your ability to deliver and if you take their money and fail to deliver, they will never forget it. "If you can't own the stage," C.I. told her, "cancel the tour." Keep promoting it on TV (I'm giving you hints) but don't go on tour, C.I. told her. (Last hint, read my first review for The Common Ills. She's mentioned in it.)


Tori grasps that power and honors it. As she explained to Billboard recently:

I've been very blessed that there are people out there for whom the deal has been, if I don't sell out and do something that is disgraceful for both me and the listener, that they might give me a shot. That's the contract we signed with each other. It's not a casual thing and I'm not casual about it, which is why I think the relationship works.

Night of Hunters is crowding its way onto the year's best list. I thought the battle was between three albums, then comes Tori's release and there are four strong contenders for the top spot on the year's best album list. Though a mediocre year in many ways, those that have turned in strong albums have turned in outstanding albums. Tori and Night of Hunters is easily among the best.
Additional notes: If you purchase the CD version you get a nice 18 page booklet. In most downloads, you have the option of downloading the digital booklet. It's all 18 pages which includes photos of Tori and her the two young women voicing Annabelle and Fire Muse as well as the lyrics to the songs. In addition to CD and download, it is also released in a limited vinyl edition. And as Ann noted yesterday, "If you're a Tori Amos fan, be sure to catch her half-hour concert at Hulu. Songs are 'Ruby Through The Looking Glass,' 'Bells For Her,' 'Girl' and 'Concertina' -- I think that's all. If I missed one, add in a comment. In between songs performed for an audience, Tori speaks to the camera about performing."
tori amos
led zepplin
rickie lee jones
van morrison
pj harvey
greg dulli
alanis morissette
anns mega dub
kats korner
the common ills
Posted by Common Ills at 9:53 AM