And I'll talk about that and, in doing so, talk about music. Unlike the idiots on Tell Me More. Why was it a good year for women in music? Host Allison Keyes felt it was a great year for Adele and listed a few reasons like "plus with the vocal surgery". Uh, Allison, vocal surgery? Not a good year feature. Music critic Jaz Garsd thought it was good for women in 2011 too and specifically Jennifer Lopez. Among her examples? Garsd offered, "She had the very publicized split with Marc Anthony." Never one to pass up on the dish (and ignore substance), Allison Keys had to break off a piece of that by adding, "And that one of the ongoing jokes is that in the divorce her and husband Marc Anthony got joint custody of rapper Pitbull."

Hey, bitches, register this: Music, women and women in music deserved a lot better than the trashy crap you dished out while pretending to offer a music 'critique.' And thanks too, girls, for blowing a moment at a serious musical discussion, for turning it into a hen session off ABC's The View. When you screw up like that, bitches, you screw us all over, every woman that works hard to be seen seriously in the world of music criticism while you play into every stereotype of gossipy shrews. Thanks a lot, bitches.

You'll notice, if you listen to that garbage, that there was never a mention of a song a woman wrote. That's because songwriting isn't as interesting to the bitches as who got divorced, who had surgery, who did the Loreal commercial and other crap. Focusing on a host of generic pop tarts who are created in the studio (J-Lo, Beyonce, et al) as opposed to actual artists, one might argue that bitchy gossip was the only way to go.

But in the real world, women really did some major work in 2011. In fact, I'm putting three women at number one. 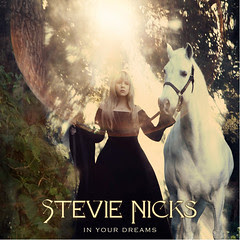 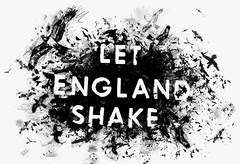 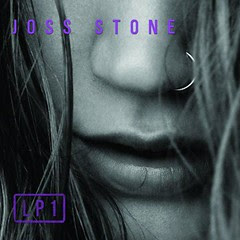 A major challenge was issued at the start of the year when PJ put out a benchmark album. Let England Shake is a masterpiece, throbbing, alive, exploring, passionate, reflective, everything you could want in an album. With stunning music to match the lyrics (for example, "The Words That Maketh Murder"), PJ wasn't playing wordsmith and expecting to be graded for good intentions. Until May, the album was unchallenged for the top spot but then Stevie Nicks came along with her first studio album in a decade, In Your Dreams. "Secret Love" sent expectations soaring when it was released ahead of the album. In Your Dreams still managed to surpass hopes. Song for song, it was the strongest solo album she'd ever done -- and with a canon that already includes The Wild Heart and Bella Donna, that's really saying something. Then, over the summer, along comes Joss Stone. Free to do her own thing, Joss damn well did and she never sounded so glorious as she did on LP1. Often times, the words themselves mattered far less than when the voice bent here or there, the way she shaded, even just the way she exhaled. (Especially listen to "Drive All Night.") For the rest of the year, three very different artists, with three very different albums, vied for the top spot on my list. Some weeks, it was Stevie, some weeks it was Joss, then PJ would hop over both of them. In the end, all three tie for the best. 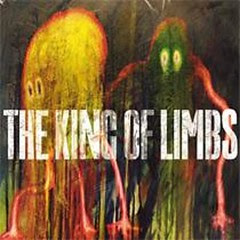 4) Radiohead's The King of Limbs. Arty, dancy and inspired. While no OK Computer, it still reminded the world just how limp what Coldplay tries to pass off as rock actually is. "Lotus Flower," like many other tracks, will benefit most from appearing on a collection, out of context, years from now. Radio refused to get behind this album, preferring to bore the country with the flat vocals of Ryan La-la-la Follese and the sugary pap of Hot Chelle Rae ("Tonight, Tonight"). Radio's refusal to get behind the album is reason enough to celebrate the slow death of landlocked radio stations. 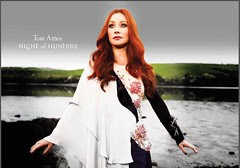 5) Tori Amos' Night of Hunters. Tori's album might be higher if it were released earlier in the year. In fact, if Tori intends to continue to release these epic albums, she'd do well to do so early in the year so that, by the time people compile end of the year lists, they'll have had time to fully appreciate the work in question. This ambitious album demonstrated that with a true artist, "ambition" is never a dirty word. It's a modern day fairy tale, a gothic tale of love beaten and bruised told across a sonic landscape.

6) Death Cab For Cutie's Codes and Silences. At least Death Cab got support from Alternative Rock Radio and Rock Radio. Pop radio ignored it because pop radio's become nothing but a bunch of pedophiles preying on youth. The crap blaring out of popular radio hasn't been this embarrassing since the late 80s before grunge emerged. If you're sick of it, watch "Home Is A Fire" to cleanse your soul of the pollution that's been clogging the top forty all year long.


7) Alexander O'Neal's Live in Minneapolis. This album almost got a full review from me. Almost? A friend did a rave over a live album about a year ago for a publication. After his review, he found out all the ways in which the live album wasn't live. So I've currently crossed them off my review lists. Too much doubt these days as the audience reaction is 'sweetened' and vocals are re-recorded. It's never been unheard of and most people are aware that, for example, a concert album of Barbra Streisand isn't a live album after the sixties. But it's become more and more common. I don't know Alex O'Neal, though I've been a fan for years. I will say the album sounds like the real deal (and I think the bonus DVD that comes with the more expensive edition backs that up). All ten tracks are strong but the three stand-outs for me are "Aphrodisia," "My Gift To You" and "(What Can I Say) To Make You Love Me." (The DVD, by the way, features nine songs.) If you remember "Fake" and Alex's duets with Cherelle, you may wonder (a) is the voice still there and (b) is the music still tight? The voice is righter than right and the music is tighter than tight.

8) Rob Crow's He Thinks He's People. Pinback's Crow goes solo again. It's a mystical ride and it's easy to think he's at his best this album when he's pursuing a gentler sound like in "Tranked." But then comes "I'd Like To Be There" and you're left with the reality that Crow should be dominating the airwaves. He's not and he didn't. Nor did Alexander O'Neal. And that says a great deal about masculinity and manhood in 2011. "Where are the men?" should have been the radio cry. There are a lot of little boys singing wimping little love ditties or offering raps that succeed at clever while failing in every other way. But where are the men? Maroon Five scores (with a super-strong assist from Christina Aguilera) as it finds the male lead singer (Adam Levine) proclaiming he's "got the moves like Jagger" yet the video really depends upon a series of women demonstrating those dance moves and on Christina to get down and dirty and supply the raunch and roll vocally. In fact, whether it's singing "take my by the tongue" with real authority or the ability to get out in front of the band, it's repeatedly Christina who pulls off that trick. What does that say about Maroon 5 when their lead singer's tinny vocals barely register and never manage to soar above the music?


9) Korn's The Path Of Totality. "Narcissistic Cannibal" throbs with all the energy and vibrancy Stevie, PJ and Joss bring to their work this year. "Some times I hate, the life I make," Jonathan Davis sings/bleeds. And in those minutes, you're reminded why men once dominated the charts: reckless abandon. Korn's at it's best when it's not thinking things out, just conveying the emotion. "Bleeding Out" is another good example of that. Curtis and I had a longterm affair, lasting almost three years, roughly from Korn to Follow The Leader. And he was a huge Korn fan and the reason I know the lyrics to "Kill You," for example. I've never met anyone as into Korn since and I'd argue that has a lot to do with the output in the '00s. The Path Of Totality comes at the start of a new decade and overflows and crashes with pleasure and rage. It'd be great if 2012 saw radio getting behind that. Unless of course you're needing to sob along to another song of Adele's about how she's enraged by her ex-lover or happy for her ex-lover. Maybe she can do a song with Maroon Five about how her ex-lover had moves like Keith Richards?

10) Cults' Cults. In May 2010, we wrote about Cults at Third. Their three-song EP became the foundation for their self-titled album released this year. "Go Outside" remains the must-hear track but there are ten other tracks also worthy of a hearing. Cults is quirky and different and a leader in a field of followers.