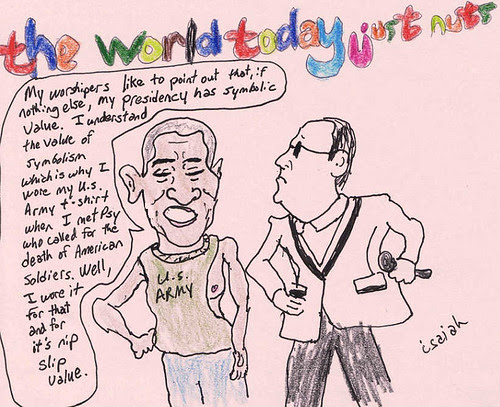 Isaiah's latest The World Today Just Nuts "Symbolic Value."  Sharing the stage with human fad Psy, Barack declares, "My worshipers like to point out that, if nothing else, my presidency has symbolic value.  I understand the value of symbolism which is why I wore my U.S. Army t-shirt when I met Psy who called for the death of American soldiers.  Well, I wore it for that and for it's nip slip value."   Isaiah notes only one of those three pitches is made up. Isaiah archives his comics at The World Today Just Nuts.