In the fall of 2012, President Obama sends a unit of U.S. Army Special Ops into Iraq and Tim Arango reports this in September 2012 in The New York Times right before the presidential debates start and not one of the worthless moderators ever brings it up.

Nor did any NPR radio program, then or since, not did any Pacifica Radio Program.

Worse than that they repeatedly lied throughout 2013 insisting that all U.S. troops were out of Iraq.


In the end, they learn their whoring is not making them richer. 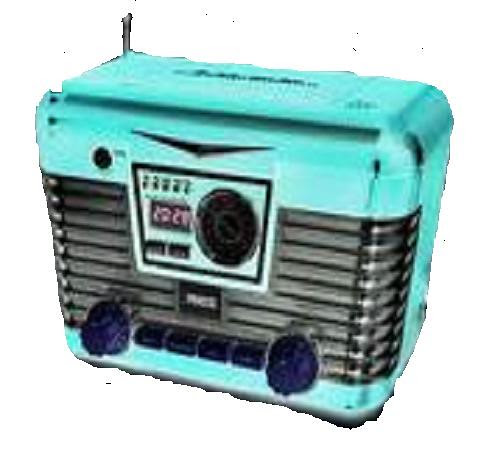 It is not increasing the size of their radio audience.

NPR can get away with that right now because they still have a sizeable audience.

Remember how NPR used to brag about its efforts to increase the size of its audience?

It no longer bothers.

Pacifica Radio does not have NPR's large audience.

It was actually building its audience in 2003 and 2004.  It was delivering audiences and the audiences were delivering donations, 'pledges.'

And they could have built on that; however, they did not want to provide information.

And they dropped Iraq at the same time.

Then, in 2008, we got the lovely Professor Patricia J. Williams as a guest on KPFA's The Morning Show insisting to the audience that they should vote for Mr. Obama in the Democratic Party primary because, as a U.S. senator, in 2002, he had voted against the authorization for the Iraq War.

She just thought so little of public radio listeners that she lied to them over the airwaves.

You lie to the audience, you lose them.

And that is what has happened to Pacifica.

The radio 'network' operated largely by paying the VISA bill with Master Card.

WBAI was an asylum of lunatics.  They delivered bad radio because they were stupid, they were ignorant, and they were boring.

And WBAI has been a drain on the system.

When Pacifica had a number of listeners, KPFA, KPFK, and KPFT could keep WBAI afloat as well as the embarrassing D.C. station that I will not even bother to name.

But when the listeners left, there was no excess money to carry the awful two stations and the three that had brought in money now had financial issues of their own.

There was the sad silence of Free Speech Radio News.

The only Pacifica program that really mattered was a half-hour, Monday through Friday program -- an actual news program.

Pacifica does not have a lot of news programs.

They have bad talk shows like Democracy Now! but shows with actual reporting?

And the loss of Free Speech Radio News is felt constantly.

Public radio lost many programs in 2013.

Along with FSRN, there was also Progressive Radio with Matthew Rothschild that ceased production.

The Progressive, as C.I. has noted throughout the year, is in serious financial trouble.

The monthly magazine has run off readers with its sick devotion to and worship of President Obama.

Instead of exploring the issues effecting people, the magazine -- especially online -- spends the bulk of its time doing campaign ads masquerading as journalism.

Mr. Rothschild is a Socialist.

Which makes it all the sadder that he seems to feel his highest purpose in life was carrying water for a Democratic administration.

Progressive Radio had become little more than an excuse to press various artists into providing praise for Mr. Obama.

Mr. Rothschild was not up to interviewing artists since he has no grasp or understanding of artists.

He demonstrated it recently with praise for Will Ferrell.

Mr. Ferrell is frequently a funny performer.  He is less funny in the last years, to be honest.  In fact, by Bewitched with Nicole Kidman, his limitations were very obvious.

So for Mr. Rothschild to be praising Mr. Ferrell and the actor's ha-ha-let's-be-sexist-and-make-money-but-pretend-like-we're-dong-it-ironically-and-knowingly movie.

Seriously, Mr. Rothschild's contribution to the 'arts' was to praise the film?

Should I add "that he did not see" or do we, since we are talking about public radio, all already grasp that?

Unlike the other two radio programs, it is still producing episodes.

Though less and less people are listening.

"The worst part about the 60 Minutes - Lara Logan story," Denise e-mailed me, "is that I now have to avoid Law and Disorder because I just cannot take more sexists attacks on women from them."

It is a shame the Michaels -- Michael Ratner and Michael Smith -- refused to grasp that listeners listen.

If they had grasped that, they might have understood how damaging their various attacks on women were.

Well anyone but President Obama.

The Michaels and the program were not helped by the cowardly Center for Constitutional Rights which Mr. Ratner is so identified with.  (His title is "President Emeritus" -- "Duchess of York" having already been taken.)

The cowardly organization avoided the illegal spying scandal despite this being a Constitutional issue.

As Marcia noted weeks ago, while C.C.R. avoided the issue of the illegal spying, they did weigh in with press releases on Uganda.

Last time I checked, Uganda was not governed by the U.S. Constitution.

But that is what they focused on to avoid calling out Mr. Obama for the illegal spying.

Today's illegal spying is worse than it was under Bully Boy Bush.

But when Bully Boy Bush did it, Mr. Ratner explained on air and in a book why the spying was reasons for impeachment.

Again, they appear to forget that listeners listen.

They listen to what is said and what is not said.

So, for example, they registered the non-stop attacks on Kathryn Bieglow by the Michaels (Heidi Boghosian would make a fool of herself joining the game of bash-the-bitch already in progress).

And then came NBC's Ironside remake and where were the Michaels.

Many of us disagreed with that assessment.

But could anyone disagree that Ironside endorsed torture?

The pilot opened with Ironside in the back of a police car with a suspect.

Ironside would threaten him and torture him.

And when it finally ended, another police officer would call out Ironside for breaking the law and torturing.  He would do that just as the missing young girl was found in a car trunk . . . thanks to Ironside's torturing of the man.

Ava and C.I. called it out.

Where were The Michaels?  Or Ms. Boghosian, for that matter?

No where to be found.

Making it even more clear that their sudden interest in critiquing media was really just about providing them with another excuse to trash women.