Boasts can set one up for failure

AP reports Iraqi Lt Gen Abdul-Wahab al-Saadi is stating that the "final phase" of the assault on Tikrit has been launched.  The operation, to take a city, began at the start of the month.  The "final phase" should have come long ago.

The US government wants it to wrap up quickly having made a big show of joining the battle on Wednesday.  Jacob Siegel and Nancy A. Youssef (Daily Beast) report:

Before Wednesday, the U.S. had been largely sitting out the battle, Iraq’s biggest anti-ISIS operation to date, because of the leading role played by Iranian-backed militia forces and military advisers. At the start of the offensive, U.S. Army General Martin Dempsey estimated that the balance of Iraq’s 24,000 forces included 20,000 “Iranian-trained and somewhat Iranian-equipped” Shia militiamen.
But as the militia-led effort bogged down last week, Baghdad asked for American assistance. The U.S. agreed—but with conditions.
The Shia militiamen “pulled back” east of the central Iraqi city of Tikrit once the U.S. began conducting airstrikes, General Lloyd Austin, the U.S. Central Command commander, told Congress on Thursday.


So the militias were pushed out.

But the most detailed reports on Thursday had only a third of them leaving.

Is the US not powerful enough to get all to respond to a demand?

Supposedly there was only one demand. 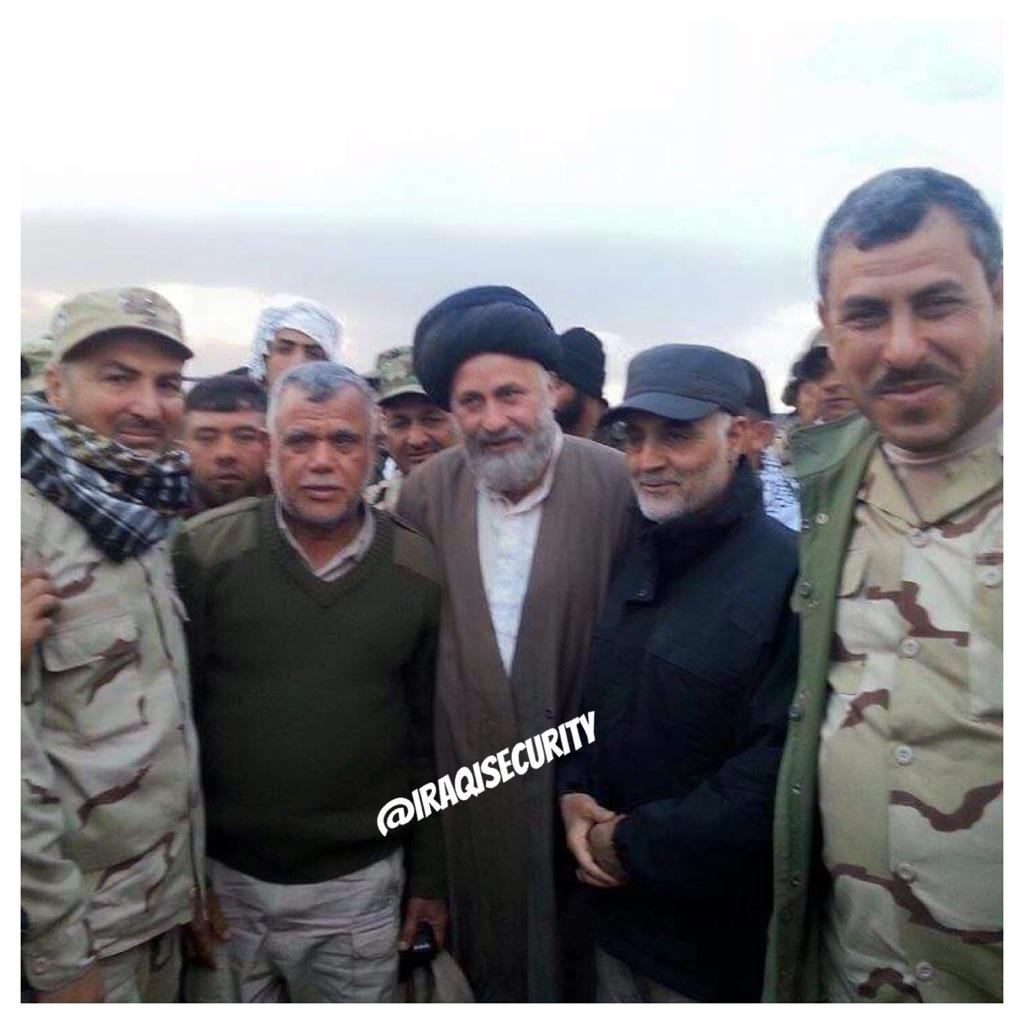 This was the demand, the condition, the US government made.

The US government was more than happy to watch the Baghdad-Tehran alliance stumble and falter repeatedly in their attempt to retake Tikrit.

It was telegraphing to the world how weak Iran was.

Now the hope is to use war planes dropping bombs to end the assault quickly.  And that such a quick end will demonstrate not just that the Iraqi government needs the US but also the power and might of the US government.

And, again, opticals work both ways.

Just as the US was happy to sit it out to allow the Tikrit assault to falter, Soeimani's alleged message was for Shi'ite militias to stand down to demonstrate (Iran hopes) that the assault isn't so easy and that the US might will face the same slog Tehran did throughout most of March.

(If those rumors are true, it would suggest Soeimani and Tehran have far less influence on Shi'ite militias than they would claim to have since, again, all Shi'ite militias are not thought to have pulled out.)


Barack probably should have cracked down on the White House sanctioned leaks to the press because they have set expectations for a decisive turn in the battle and, should that prediction not bear out, he could find himself not only embarrassed but having squandered the reputation of the US military.


But, hey, lofty expectations have never been a problem for Barack Obama, right?


It's not like he ever promised the moon and then failed to deliver, right?