Kat's Korner: John Legend can sing, it's making albums he struggles with

Kat: It starts with so much promise, just John Legend and a start arrangement:


They say sing what you know
But I've sung what they want
Some folks do what they're told
But, baby, this time I won't
When I look through that door
I know the truth from lie
Some things I've done before I can't justify

Nothing wrong with love songs and John Legend has one of the finest in recent years with "All Of Me" (which he's mostly recently rewritten as "How Can I Blame You"). 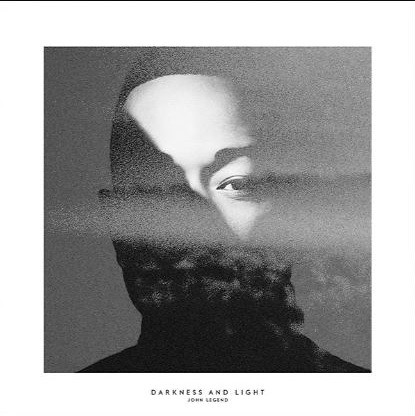 But no sooner does DARKNESS AND LIGHT start with John making a promise then we're quickly moving into "Penthouse Floor" which has a groove (and a nice guest spot from Chance) but has some of the lamest lyrical verses you'll ever hear.

If he has trouble justifying "some things I've done before," he better make a list of things he did after and include "Penthouse Floor" on it.

One reason why is he's better in concert to this day than on a studio album.

The first track seems to grasp that.

Online, he's all over Donald Trump on his Twitter feed.

He clearly has a lot on his mind.

But when it's time to write a lyric, he's got so little to say.

Even the title track is a disappointment -- despite a strong groove and great vocals from John and Brittany Howard.

Just when you're about to give up, track four kicks in and "Overload" (written by John, Blake Mills and Miguel) makes you believe the album might have something worthy to offer.

You're all excited and the next track ("Love Me Now" written by John, Blake Mills and John Ryan) carries that excitement along as you thrill to a first rate song and even better vocals from John.


"What You Do To Me" seems like a follow up for Shannon after "Let The Music Play," but that's not a bad thing and neither is the song.

It's "Surefire" and it's a solid pop song.

But you're left wondering -- where's all the stuff he boasted of during that first song, where he was boasting that he'd sing what he wanted and all of that?

But despite opening with so much promise, he's done nothing but offered love songs.

What happened to all those promises?

On track eight, he pins them all on his daughter.  "Right By You (for Luna)" is little more than an ode to kick the can, pass the buck.

After that disappointing song any hopes for the albums drift away like one of his falsetto notes.

Track 11 is "Same Old Story" and that actually should have been the title track because, yes, John Legend's done the SAME OLD STORY in studio album form again.

I love his vocals.

But if you're going to be a love god, if you're going to try to be the new Lionel Richie or Barry Gibb serving up love songs don't open with "I Know Better" and then follow it with track after track proving you so obviously don't.


The album dropped December 2nd and it's debut position on BILLBOARD's Top 200 Albums was #14.  The debut position is generally the highest an album gets these days.

Fourteen for someone as well known as John Legend is embarrassing.

But it's understandable because he's the guy who can out sing anyone but repeatedly offers studio albums with three strong songs and a lot of filler.

That gets old real quick.

DARKNESS AND LIGHT probably is a better studio album for John but it's not a good album for any quality artist.  And his LIVE FROM PHILADELPHIA remains his finest album.