Kat: You are aware that Tori Amos isn't in the Rock and Roll Hall of Fame, aren't you?  And that, as Ava and C.I. pointed out last week in "Media: Next year, better include Tori Amos," she is qualified. 1992 saw the release of her debut album LITTLE EARTHQUAKES. 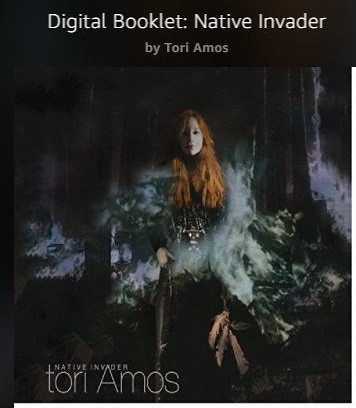 25 years later, her 15th studio album is out and NATIVE INVADER is quite an accomplishment.

For me, the five star Tori albums are:

The point of reference for this album is that we are all one.  As Tori sings in "Bang:"


Immigrants that's who we all are
'Cause we're all made of stars
You said to them
Oh, yes you did
Bang went the universe
Hydrogen lusting for helium's burst
A mighty sun's dance of death
Exploding Super Nova
One story's end
Seeds another to begin

This is the thread that runs through the entire album.

Whether it's a song exploring the exterior landscapes or the interior, its our commonalities that shine through and cause this to be Tori's most identifiable work to date.


The music is outstanding throughout -- Tori's not only a lyricist, she's also a composer.

For me, "Climb" is the standout song.  But I also especially love "Breakaway" and "Bats."


It's an outstanding album, filled with reflection and some of Tori's finest piano work to date.

Twenty-five years after LITTLE EARTHQUAKES, Tori's work is still amazing because she's still searching and exploring the world we live in.  2018 better find Tori inducted into The Rock and Roll Hall of Fame or else Jann Wenner better just step forward and explain he hates women and doesn't believe in inclusion.