Kat: Two things happened last week, Taylor Swift was the topic of a dumb article and she released a new album. 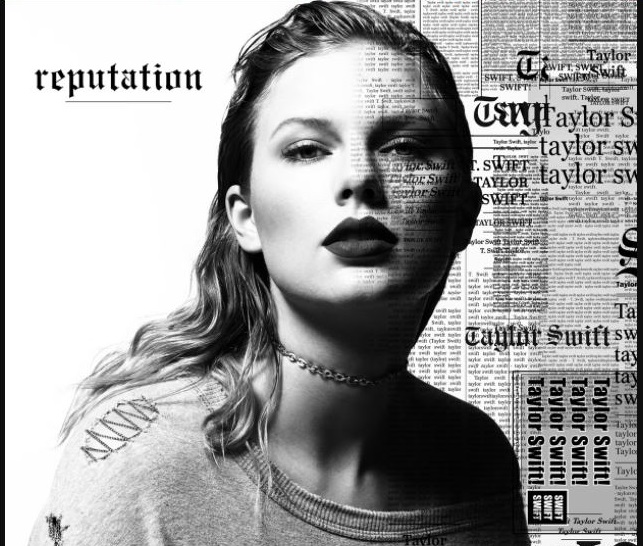 I'd prefer to ignore the idiot -- a self-appointed spokesperson that no one ever needed to hear from.  But THE OBSERVER -- in all their trashy stupidity -- has elected to make that their hook for the review of Taylor's REPUTATION (by the unironically named Kitty Empire).

Here's reality on and for the dumb ass who wrote her slam piece on Taylor.  Few people have ever written so stupidly in their lives.  The fool who made his name picking through Bob Dylan's garbage showed more awareness.  Taylor was stupid herself.  She shouldn't have threatened a lawsuit.  A) It just drew attention to the dumb slam piece.  B) As Taylor should know, "the haters going to hate hate hate" (her own "Shake It Off").

The ACLU couldn't jut do their job -- defending everyone's right to free speech -- even morons.  They had to try to ridicule Taylor.

Because she's a woman, let's be clear.  They wouldn't have pulled that s**t with a man.  It's like how the so-called THINK PROGRESS used to ridicule Paris Hilton so they could  indulge in their misogyny (until Ava and C.I. called those asses out).

Taylor, in the slam piece, is charged with (a) playing a victim, (b) being a racist and signaling to other racists, etc, etc.

It's a slam piece by a dumb writer who thought she could look politically aware with whomever already hates Taylor Swift.

So the racism that the Dumb Ass saw?  It was her own racism.  It wasn't Taylor and it wasn't in Taylor's songs.

On a similar topic, Taylor doesn't have to tell people to vote or who to vote for.  People can shut their mouths -- and many more should.  It's not necessary.  Alyssa Milano is a dumb ass who would do much better to focus things she understands -- politics isn't one of them.  Not only has she not done independent study but poli sci wasn't taught on the set of either WHO'S THE BOSS or TEEN STEAM.

I have no idea who Taylor voted for -- if she even voted -- and I don't give a damn.  I wish other celebrities would grasp that we don't know need their partisan b.s.  You can use your fame to draw attention to an issue and I'll applaud you for it.  Bastardizing it for partisan reasons and you're nothing but a whore.

Maybe it's time the press started returning to reality?  Once upon a time, they rightly mocked.

The one they mocked most?

Bay Area dumb ass can't tell you, but I will.  It's July 23, 1968.  Democrat Hubert Humphrey is getting endorsed by the woman who is the most successful singer on the charts for that decade.

The woman was Diana Ross.

She obviously survived the ridicule.  (And, November 19th, will be performing on The American Music Awards and receiving their lifetime achievement award.)

She really doesn't make a point to inform the world who she's voting for these days.

She was treated beyond poorly by the press.  Again, it was racist and sexist.

But the press can mock these celebrities -- without resorting to sexism and racism -- who seem to think they know real life when they don't.

Where do you get off thinking you can tell someone who to vote for?

Marc Anthony, what in your life makes you think your decision to support Hillary is worth sharing or well reasoned?

Do you not realize -- Anthony, Bruce Springsteen and all the rest -- how stupid and superficial you look as you rush forward to weigh in on elections?

Bruce, since TUNNEL OF LOVE in 1987, you've only done one album worth purchasing (THE RISING).  Maybe instead of barnstorming the country for this politician or that, you should be doing your job, song writing?

It not only makes no sense, it ruins a song that the people -- not the politicians -- made famous.

Joni Mitchell has a very political album in her canon -- DOG EAT DOG.

DOG EAT DOG is a great album.  She takes on taxes, the tax free status of certain loud mouths who hide behind religion, war, terror, fear, starvation and so much more.

What she didn't do was tell you who to vote for.

I'm real sorry that for so many lazy celebrities everything's about the personality.

I'm real sorry that they can't do real work.  (Alyssa, your stupid UN selfie-taking post is not real work.)

REPUTATION is an even bigger step.

"This Is Why We Can't Have Nice Things:"


It was so nice being friends again
There I was giving you a second chance
But then you stabbed me in the back while shaking my hand
And therein lies the issue
Friends don't try to trick you
Get you on the phone and mind-twist you
And so I took an axe to a mended fence
But I'm not the only friend you've lost lately
If only you weren't
So shady
This is why we can't have nice things, darling
Because you break them


Is it about Kanye West and his celebrity spouse as some insist?

First off, if Kim Kardashian -- 38 years-old later this year and still having nothing to point to with pride -- wants my support, she might try not dressing her son like a racist, sexist and homophobe for Halloween.  She might also try getting a brain.  38 is not a child.  She needs to grow the hell up.

To me, "This Is Why We Can't Have Nice Things" is a great song and this fascination/neurosis of trying to figure out the 'who' of it reminds me a lot of the sexism Joni faced from ROLLING STONE and others.

Thing is, when I listen to Joni, I'm not trying to figure out who she's writing about or who inspired, I'm trying to relate the song to my own life.

The fifteen songs move from angst and conflict to ease and comfort culminating with the final track, the one Taylor debuted during a commercial break of ABC's SCANDAL last week, "New Year's Day."

She needs to perform it live as a duet with Chris Carrabba at some awards show, it sounds like one of the most beautiful songs Dashboard Confessional could do.


"I Did Something Bad" is another stand out track:

I never trust a narcissist, but they love me
So I play 'em like a violin
And I make it look oh-so-easy
'Cause for every lie I tell them, they tell me three
This is how the world works
Now all he thinks about is me
I can feel the flames on my skin
Crimson red paint on my lips
If a man talks s**t, then I owe him nothing
I don't regret it one bit, 'cause he had it coming
They say I did something bad
Then why's it feel so good?
They say I did something bad
But why's it feel so good?
Most fun I ever had
And I'd do it over and over and over again if I could
It just felt so good, good
I never trust a playboy, but they love me
So I fly 'em all around the world
And I let them think they saved me
They never see it comin', what I do next
This is how the world works
You gotta leave before you get left

Sorry, I'm not snooping through Taylor's past, peering into her bedroom window, to figure out what man or men it might be about.  I have my own life and those lyrics speak to that for me.  If they don't for you, maybe you ought to get out more?

"Dress" is another great song.  So is "Getaway Car."  In fact, all 15 tracks are solid and Taylor's made a work of art that deserves to be nominated at The Grammys for Album of the Year.

It holds together, it moves with variations of a theme.  It's the work of an artist -- which is really nice to type.

There aren't a lot of artists making hits these days.

Gone are the days, for example, when Stevie Wonder and Carly Simon could hit the pop charts.  Instead, we get Justin Timberlake offering yet another impersonation of Michael Jackson or Justin Beiber hitting that same note on every beat while we pretend he can really sing.

Instead of wasting it, Taylor's growing with it and that's good for her and good for music.

REPUTATION is one of this year's finest.