Wednesday, June 20, 2018.  The Red Cross betrays again and it's a day to think about refugees.


The US chapter of the Red Cross has been plagued with scandals.  For those thinking, "Well at least we can trust the International Committee of the Red Cross," think again.

After years of fighting in #Iraq, the battle is over. But life still remains a daily struggle for the 11 million people still in need of assistance in the country.


I'm sorry, ICRC -- who appears to have dropped the "Red Crescent" -- when did foreign troops leave Iraq?  Oh, right, not yet.

And when did the violence stop?

AFP reports today that the Islamic State has kidnapped 30 people and that they have killed 7 farmers or shepherds.  IRAQI NEWS adds, "Three truck drivers were killed two days ago in a military attack launched by Islamic State on a road between Baghdad and Kirkuk."

On the topic of kidnappings, Margaret Griffish (ANTIWAR.COM) notes that kidnappings by ISIS have increased "in recent weeks" and that Mosul alone has seen at least 46.

Jeff Stein‏Verified account @JStein_WaPo 17h17 hours ago
Last night, the Senate voted 85-10 to give the US military $716 billion -- its biggest defense budget outside the height of the Iraq War, in 2019 dollars https://www.washingtonpost.com/news/wonk/wp/2018/06/19/u-s-military-budget-inches-closer-to-1-trillion-mark-as-concerns-over-federal-deficit-grow/?utm_term=.a04b66c738d5 … 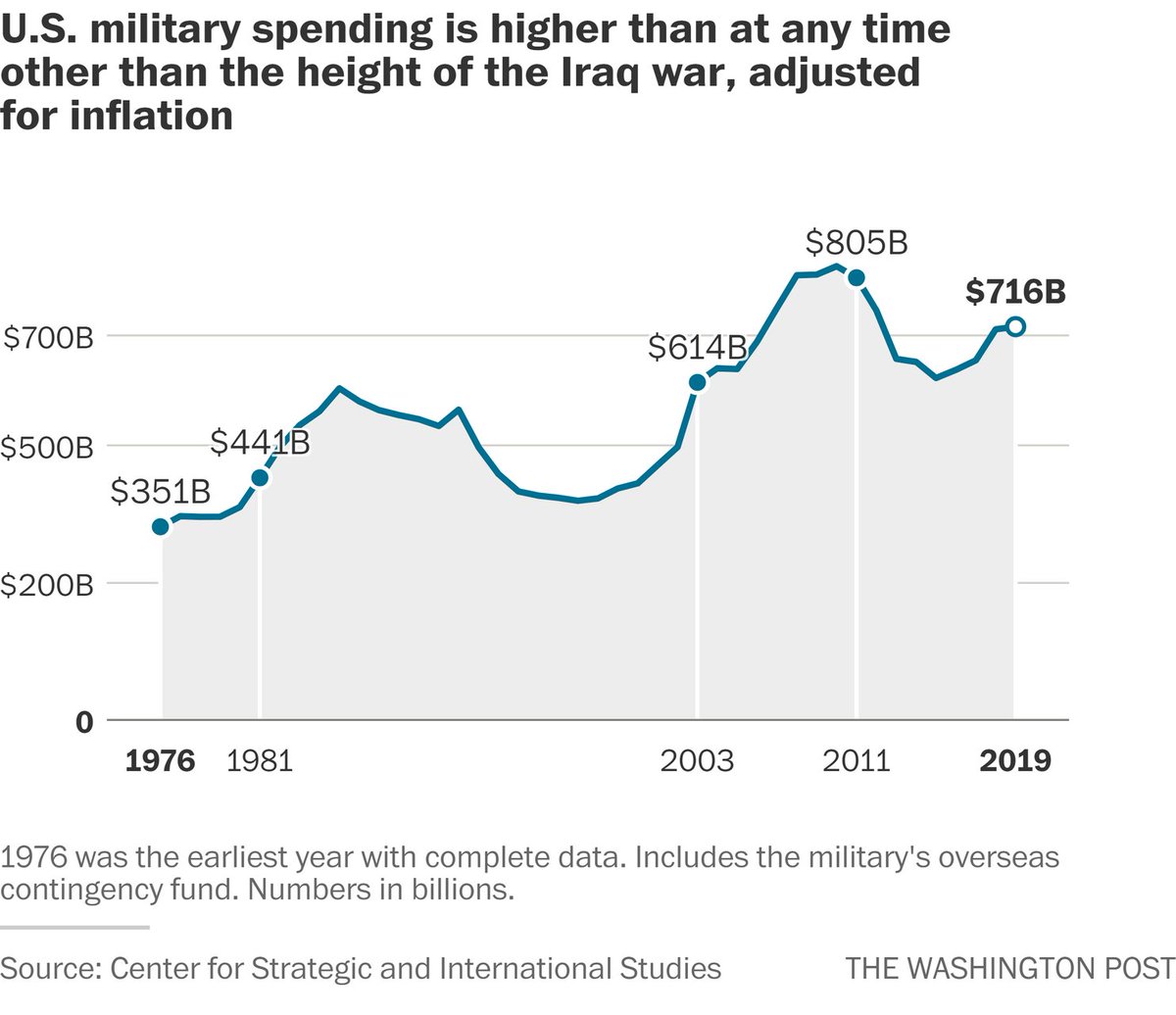 Meanwhile former prime minister and forever thug Nouri al-Maliki plots.  ALSUMARIA reports that Nouri is said to be scrambling frantically to put together a proposal that would have other blocs joining his State of Law -- the intent being for him to again become prime minister.  ALL IRAQ NEWS notes that the current prime minister, Hayder al-Abadi, met with Iraq's president Fuad Masum and the two were in agreement that any obstacles to the formation of a new government should be overcome.

May 12th, Iraq held elections.  First place went to Moqtada al-Sadr's bloc, second place to the militia.  Since then some have whined for a 'do over.'

Shi'ite cleric and movement leader Moqtada al-Sadr announced an alliance with the head of the militias Hadi al-Ameri meaning the two biggest vote getters now have a coalition.  This would explain Nouri's desperate scramble to thwart them since their alliance has slowed/stopped the cry for a do over.  It's now been a month and 8 days since the elections and still Iraq remains without a new leader.  ASHAR AL-AWSAT notes:


As the countdown starts to the end of Iraq's parliament term on June 30, fears that the country might enter into a state of constitutional vacuum arise, leading to chaos and opening the door to various possibilities.

In the meantime, various political parties rush towards the formation of the "largest bloc,” to stay in power for the next four years.

Iraq’s President’s Advisor Amir Kanani suggested that "violation of the constitution will take place instead of a constitutional vacuum as rumored.”

He told Asharq Al-Awsat that the constitution refers to the existence of the authorities and the organization of its functions and powers.

“The absence of one of the authorities is a violation of this constitution, “including the disruption of the work of parliament or the termination of its work ahead of schedule, contrary to the constitutional mechanisms.”

It's an interesting article but one that ignores Iraq's post 2003 history.  For example, in 2010, elections were held in March but it wasn't until November that a prime minister-designate was named and December that a government was formed.  That political stalemate resulted from the refusal of Nouri al-Maliki to step down.  It was only ended when the US negotiated The Erbil Agreement which allowed the loser (Nouri) to have four more years as prime minister.
Michael Young (CARNEGIE MIDDLE EAST CENTER) notes the views of several commentators on Moqtada al-Sadr and we'll include this one:

Loulouwa Al Rachid | Co-director of the Program on Civil-Military Relations in Arab States at the Carnegie Middle East Center
There is no doubt that Muqtada al-Sadr’s narrow victory in Iraq’s May 12 legislative elections poses a serious challenge to Iranian influence in the country, but also one that remains manageable for Tehran. Building on his immense personal popularity and his credentials as heir to a prestigious Arab nationalist and Iraqi nationalist clerical dynasty, Sadr has increasingly upped his populist rhetoric against Iran. His followers immediately celebrated their victory by chanting, “Iran out, out! Baghdad remains free.” Since then his aides have echoed the widespread resentment against Iranian interference, stressing the unchecked flow of Iranian imports, to the detriment of whatever is left of local Iraqi production. They have also accused Iran of a Machiavellian plan to destroy Iraq’s youth by inundating the neighboring southern governorates with drugs. Add to these accusations the still unresolved issues of water, oilfields, and border settlements between Iraq and Iran and the balance of Iraqi politics could possibly tilt in favor of Tehran’s enemies, including the United States and its Gulf allies.
However, Iran also knows the Sadrist movement intimately, having militarily and ideologically trained most of its commanders since 2003. The Iranians have in the past kept the movement under control through a ruthless policy of divide and rule, with some of the most prominent Sadrists defecting to become the new leaders of the pro-Iran Popular Mobilization Forces. The lack of discipline within the Sadrist movement, in particular the absence of credible middle-ranking cadres, and the poor performance of its parliamentary bloc in the past only make Iran’s task of containing the Sadrists easier. And if Muqtada al-Sadr resorts to his favored tactic, namely street politics and militia threats, Iran could unleash its own proxies against him. After all, they are organic heirs, albeit illegitimate ones, of Muqtada’s late father, Ayatollah Mohammed Sadeq al-Sadr, who was murdered by Saddam Hussein’s regime in 1999.

, thousands of families throughout the world are forced to flee for their lives every day. @UNHABITAT stands & supports the lives of #refugees by providing adequate & durable #shelter to those #displaced, & assist them to #renovate their #homes upon return. 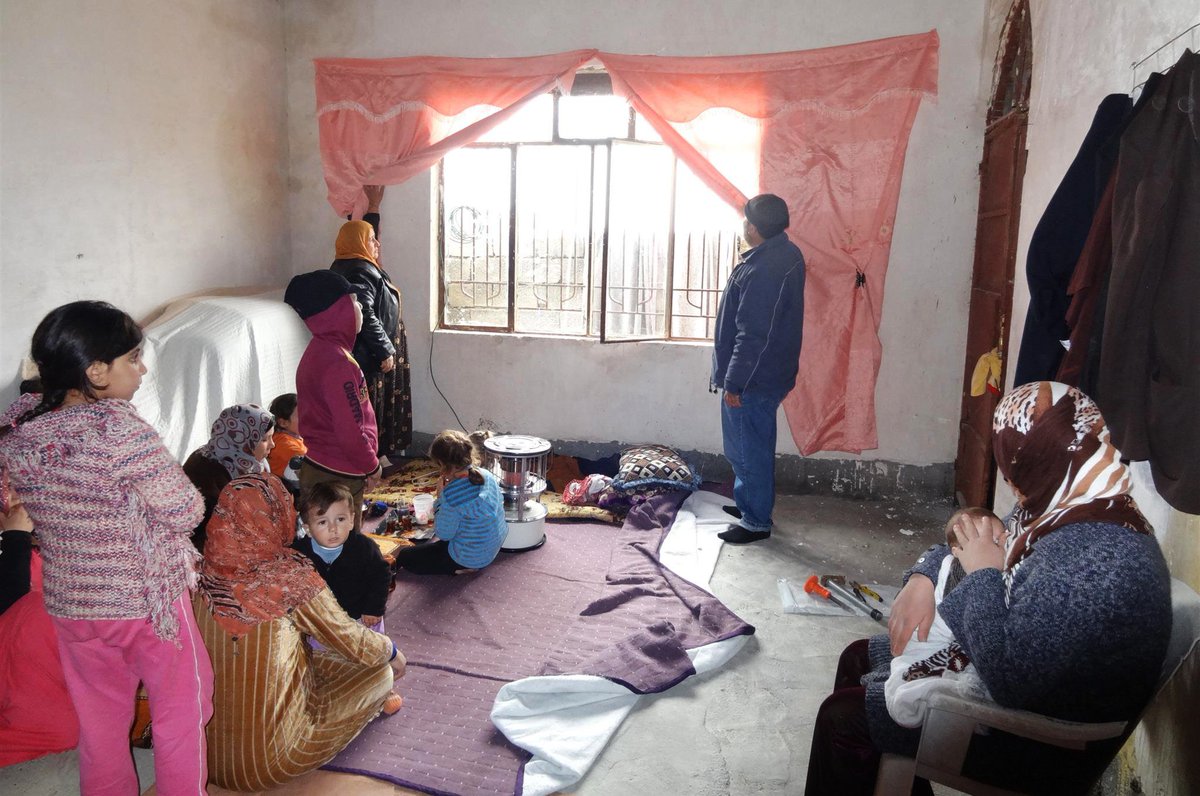 In the US, many will use the moment to ponder immigrants attempting to enter the US via its southern borders.  That's a very limited view of refugees.

Exactly.  The US-led Iraq War created the largest refugee crisis in the Middle East since 1948.  That crisis only grows.  Some time and thought today should be given to Iraqi refugees.

KRG Austria‏Verified account @KRG_Austria
#Kurdistan-#Iraq hosts 1.3M IDPs and refugees. We are committed to our rights-based policy that sees refugees and IDPs given the same rights as their host communities. Nevertheless, there are enormous strains on the KRG’s ability to provide full services for all #WorldRefugeeDay