Kat's Korner: Another classis release from The Cowboy Junkies

Kat: On the Beach Boys classic 1966 album PET SOUNDS, a song by Tony Asher and Brian Wilson appears, "I Just Wasn't Made For These Times."  52 years later, that's probably true of a lot more people than just Brian Wilson.  In fact, when I listen to the song today, I think of two groups Sade and The Cowboy Junkies.  Both bands produce albums, real albums, songs that sculpt an overall mood.  In this age of download-the-single, real bands are a throwback.

But those of us who love music, love the offerings of Sade and The Cowboy Junkies.  It's the latter band I'm focusing on because they have a new album entitled ALL THAT RECKONING.  It's wonderful and another huge addition to their already impressive discography. 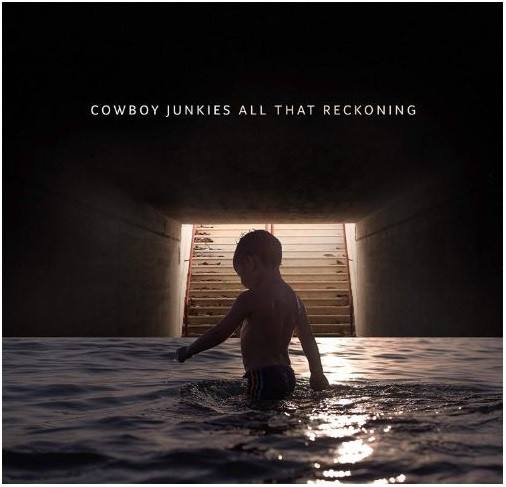 For those who haven't met the Junkies, they are a four person band.  Alan Anton plays bass.  The other three members are siblings: Peter Timmins (drums), Michael Timmins (guitar) and Margot Timmins (vocals).  (A fourth sibling is the actress Cali Timmins who played Maggie on RYAN'S HOPE.)  They first made a name for themselves in the US -- the band is Canadian -- with their second album THE TRINITY SESSIONS and especially with that albums covers of "Sweet Jane" and "Blue Moon."

THE TRINITY SESSIONS really established their sound in the same way that DIAMOND LIFE established Sade's sound.  Both bands have explored and deepend their sound over the years.  For The Cowboy Junkies, this has led to a very impressive discography which includes the classic studio albums THE TRINITY SESSIONS (1988), THE CAUTIOUS HORSE (1990), PALE SUN, CRESCENT MOON (1993), MILES FROM HOME (1998), EARLY 21ST CENTURY BLUES (2005) and AT THE END OF PATHS TAKEN (2007).  In addition, their discography includes the live classic 200 MORE MILES: LIVE 1985-1994 (1995).

Eight classic albums.  Unless you're Joni Mitchell, that's a lot, a hell of a lot.  And with ALL THAT RECKONING, they bring the total to nine.

What's the best song on the album?

Maybe it's "The Things That We Do To Each Other"?

Or maybe it's track eleven with it's cool ukulele line that seems to be a second cousin of Bobbie   Gentry's country classic "Ode To Billie Joe."

It's time to especially note Michael and Margot, isn't it?  The brother is one of North America's finest songwriters and he's damn lucky to have his sister as the chief interpreter of his songs.  There hasn't been a stronger symbosis between writer and singer since the sixties when Holland-Dozier-Holland (Brian, Lamont and Eddie) wrote all the Supreme hits that Diana Ross sang lead on and Burt Baracharach and Hal David had Dionne Warwick as the chief interpreter of their songs.

To write those lyrics ["All That Reckoning Part 1 and 2)"] is an accomplishment, to be able to have them sung by Margot Timmins is a gift.  And, yes, that's another song I love from the album -- it might be the best track or maybe it's "Shining Teeth," or maybe it's . . .

This is a classic album.  There are no misfires.  11 tracks that produce a cohesive musical statement, an album you can play start to finish.  Remember those, back before downloading singles was all the rage?

It's a rich album and an enriching one, ALL THAT RECKONING is certainly one of 2018's finest.