Wednesday, October 31, 2018.  The Iraq War continues and, in the US, the fight to end these never-ending wars continues.


The one that's today is in NYC and here's a Tweet about it: 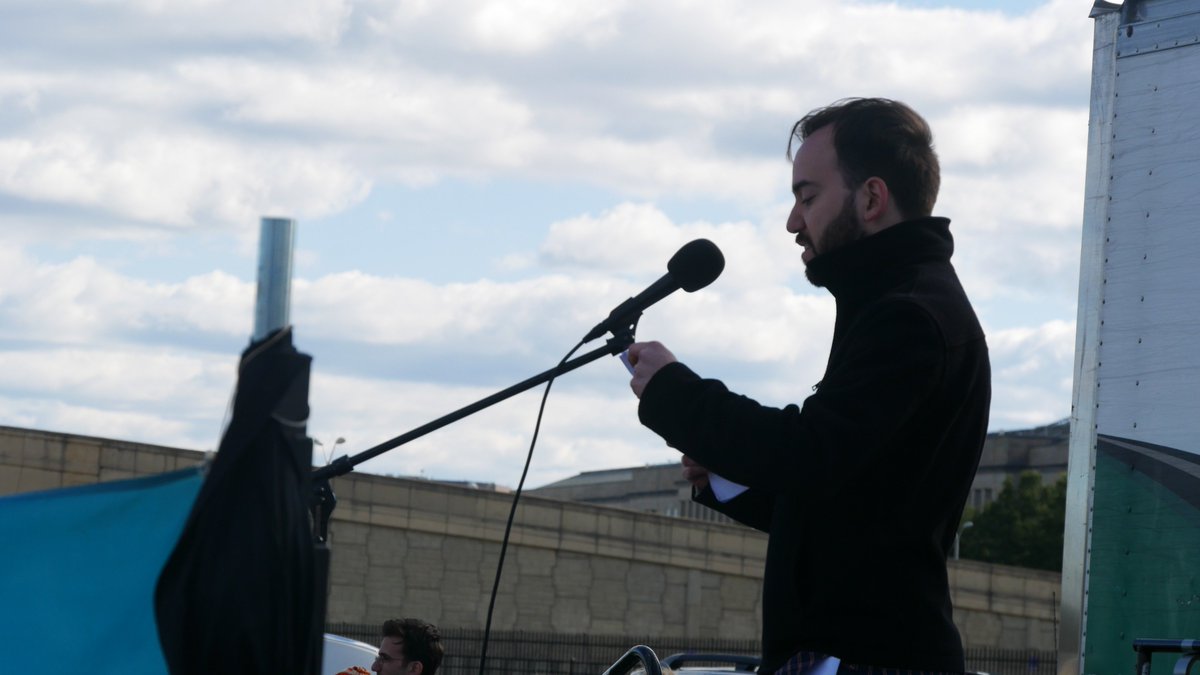 We aren’t miracle workers. We’re just soldiers after all – kids barely out of their teens and officers in their mid-20s do most of the fighting. Still, policymakers in Washington, and citizens on Main Street both seem convinced that the mere presence of a few hundred or thousand American troops can alter societies, vanquish the wicked, and remake the world.
A colleague of mine refers to this as the myth of the magic soldier: sprinkle US troops in some horrific mess of a country and voilà – problem solved!
It sounds great, but this sort of delusional thinking has led the United States into one failed quagmire after another, killing some 7,000 US troops and close to one million locals. After 17 years of fruitless, indecisive war, its quite incredible that a bipartisan coalition of mainstream Republicans (neocons, mostly) and Democrats (neo-liberal relics) still cling to the idea that American soldiers wield magic powers. It’s long past time to review the record of our over-adulated troopers and reframe the actual – limited – capabilities of military force.
The standard Washington-media-military narrative goes something like this: take any unstable Muslim country that has any presence of Islamists at all; drop in a few thousand US Army advisors, trainers, or combat troops; stay indefinitely – and loudly proclaim that if ever those soldiers should leave said Muslim country it will undoubtedly collapse and the US of A will be directly threatened.

Some version of that exact formula has been tried in, sequentially, Afghanistan (2001-present), Iraq (2003-present), and Syria (2011-present), along with numerous smaller regional locales: Libya, Niger, Somalia, Yemen, etc. Sometimes the troop levels topped out at nearly 150,000 (Iraq), other times the ground forces and special operator teams are smaller (Yemen, Somalia), but the basic blueprint is the same – US airpower, plus commando raids, plus trainers and advisers can somehow stabilize the unstable, secure the insecure, and – ultimately – we hope, craft a "Little America" in the Muslim world. There’re just a couple problems with this veritable religion of US militarism: 1) we rarely consult with the locals before beginning each "crusade"; and 2) It. Has. Yet. To. Work.

Yet still the wars drag on.

Progress?  Is that what the above is supposed to demonstrate?  Because it doesn't.  And the violence never ends, not even during the observance of Arbaeen.

Never ending war has not liberated Iraq.  It has turned it into a land of orphans and widows.  IRIN notes Nadia Murad (who won the Nobel Peace Prize this year):


Murad was abducted from the Yazidi’s historic homeland in Sinjar, northeast Iraq, in 2014. After escaping IS and Iraq in 2015, she began to tell her story and became an advocate for Yazidis and other Iraqi minorities: we highlighted her advocacy in this 2016 piece on what, if anything, humanitarians can do to stop human trafficking and sex slavery.

Those Yazidis who managed to survive the 2014 massacre and mass enslavement fled, first to the top of Sinjar mountain, then later to camps elsewhere in Iraq or to Europe. But around 10,000 people never left the safety of the heights, and in April of this year IRIN found them barely eking out an existence with little outside help.
This photo essay took readers inside the Sinjar hospital that caters to some 25,000 Yazidis who have returned home with no X-ray machine, no ventilation equipment, no lab, and only six beds.
On the topic of Iraqi women, we'll note this essay by Tana Gilly Khailany published by UN Women:

Tanya Gilly Khailany, from Iraqi-Kurdistan, is a former member of the Iraqi Parliament (2006 – 2010) and a co-founder of the SEED Foundation, an organization that works with survivors of violence and trafficking in Iraq. An outspoken women’s rights activist, Ms. Gilly Khailany was one of the key parliamentarians who legislated the 25 per cent quota for women in Iraqi provincial councils. As an expert on political participation and peacebuilding, she recently spoke at a side event on the margins of the 73rd session of the UN General Assembly on 26 September in New York. In this interview, Ms. Gilly-Khailany talks about what motivates her, and what women’s meaningful participation in peace processes means in practical terms.

I am an activist; I came from activism and became a legislator. There were several incidents and moments that led me to this path.
I remember one with my son when he was in the fifth grade and had to write a paper on a topic of his choice. I was helping him. He said to me, ‘I could have written my paper on women’s rights, but I didn’t want my friends to make fun of me.’
I was a parliamentarian at the time. I thought, all the work I had done… and here was my son, not feeling comfortable to talk about women’s rights. That incident stayed with me and motivated me to push forward.
It took my son years to openly talk about women’s issues. Today he’s doing his senior paper on gender-based violence in the tech industry. That’s just one person; we have to make sure thousands and millions of boys feel comfortable talking about women’s rights.
My fight is for the chance of equal opportunity. A woman should not be held back from pursuing her dreams and aspirations because she is a woman. One of the measures that I worked on as a parliamentarian that I am most proud of, is the quota system for women in the Iraqi Constitution. We asked for 40 per cent but got 25 per cent quota for women in the Iraqi Parliament. I worked with women activists to establish the same quota for women in provincial councils. Having the quota at the provincial level was really important because women could use the provincial councils as a stepping stone to get back into politics, to learn and to grow. Now in the Iraqi Parliament, there are many women who came from the Provincial councils.
My fight is also about peace. Peace is not just about security. It’s about equality and social justice. No one is above the law, and no one should be discriminated by the law.
Peace needs women’s meaningful participation. For that to happen, first, women must get a seat at the table. In my country, there have been many women in political parties, they’ve headed women’s caucuses in the parliament, but when it comes to core issues, women are still not at the table. It’s also about bringing issues that matter to women to the table.
When we talk about sustainable peace, reconciliation is part of that. But people talk about political reconciliations between political parties. There are women who have been impacted deeply by the conflict; how can we not talk about their reconciliation? Simply put, women’s voices must be heard, when it comes to running the country.
Sustaining peace is not only about protecting women during times of war, but also protecting women in times of peace. The UN has the tools for holding countries accountable to resolutions and treaties. Any country not in compliance, should be called on it.
When it comes to women’s rights, there’s no room for diplomacy.”

Rezvani 🇮🇷‏ @JrRezvani 27m27 minutes ago
Here is the newly formed cabinet of Iraq. Whatever happened to women? (The gender ratio in Iraq is almost 50:50)! 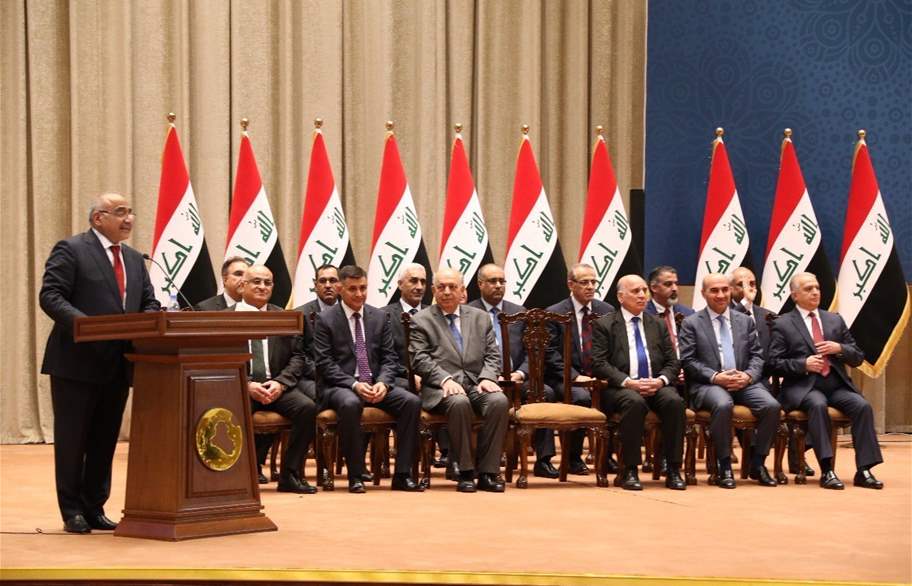 It is amazing how many reports have been done by so-called news operations about the new Cabinet and not one of the US outlets have led with the lack of women.  When it is noted, it's included as an aside, a single sentence, maybe two.

Priorities send messages and an Iraq for all is not a priority for the new prime minister.  14 people confirmed and all were men.  More to the point, this isn't new.  Nor is Abid Adel al-Mahdi.  He's seen Nouri al-Maliki criticized for the lack of women in his Cabinet in his second term as prime minister.


He saw the same criticism for Hayder al-Abadi after al-Abadi took over a month to find a woman to nominate . . . to head the Ministry of Women.

So al-Mahdi knew this problem going in and could have made a real effort to differentiate himself from those who came before.  Instead, he appears to be bound and determined to fumble and stumble like all that came before, never learning a lesson, never avoiding a pitfall.

Laura Berlingozzi‏ @LauraBerlin5 3h3 hours ago
Iraq is inviting a return to war. 500 or more foreign women await speedy trials (aka collective punishment) in Baghdad on grounds of joining the #IslamicState. #Iraq #HumanRights #InternationalLaw By @ChristinaAsquit and @sophia_mjones
0 replies3 retweets1 like