Kat: 2021 has been a nightmare for music thus far with more damage set to be done at THE GRAMMYS tonight where Trevor Noah will  drag out his tired act of mincing and mugging.  Maybe it's what music deserves these days?
Listening to Nick Jonas' "Sexual" on his new album SPACEMAN suggests that it deserves that and so much worse.  An interesting musical track is rendered useless by lyrics where Nick seems to think we all want to see him and his actress wife in bed.  Nick, I care so little about your personal life that I don't even know your wife's name.
It's like Drake, staring at his own navel, 'rapping' about what he's buying and what he's wearing and what he's driving.  SCARY HOURS 2 is an EP that Drake released containing three tracks of nonsense, all overstuffed with his ego.  Whatever talent he once had has been wasted and that's probably why his recent appearances in TV ads for State Farm Insurance don't feel so awkward -- we all realize he's running on fumes and needs to cash in before he's left stranded on the side of the road permanently.
No Triple A membership is going to rescue Boy George from that same side of the road.  Nor will this year's COOL KARAOKE VOL. 1, thirteen tracks that attempt to be fun and a return to his Church of the Poison Mind but instead only remind you how hard he's trying today and how Culture Club did it so much better and made it appear so effortless back in the 80s.
"Name and Number" finds him teaming up with the forgotten Kim Wilde ("Kids In America") and if that's not the most unwelcome return, it's only because Bonnie Tyler decided to release a full album this year.  At the end of February, Bonnie released THE BEST IS YET TO COME and, listening, I certainly hope so for her sake.  Ten forgettable tracks.  One annoying one, "Stronger Than A Man."  Hey, Bonnie, I'm a real feminist.  Back in the 80s when you were running from the word, I wasn't.  I've always been a feminist and I've never once felt the need to proclaim such stupidity as "I am stronger than a man."  That you feel the need to sing it/rasp it goes to how sad you and your album are.  Only on Donovan's "Catch The Wind" does Bonnie achieve anything worth listening to.  Next time, instead of trying to return to the 80s of Bruce Springsteen (her admitted goal in one interview after another promoting this bad album) how about grasping that bombastic has had its day and your voice is best suited for longing and lament?  "It's A Heartache" and "Total Eclipse Of My Heart" hold up so much better than "Holding Out For A Hero."
Edie Brickell is someone else who doesn't grasp her place in music.  It's as a footnote to a one-hit wonders article -- "*the best way for a one-hit wonder to succeed is to marry a famous songwriter (Paul Simon)" though she probably shouldn't be accused of domestic abuse.  The solo career having failed, Edie's back to the band she had momentary fame with for the new album HUNTER AND THE DOG STAR.  What does the title mean?  What do any of her lyrics mean?  As usual, the band's worked hard to come up with some grooves while Edie sings nonsense over them.  She's bragging, in promoting the album, how she adlibbed all the lyrics in the studio as they recorded.  You know what, Edie, if your husband had taken that approach, he never would have written "The Sounds Of Silence," "Cecilia," "Mrs. Robinson" or any of the other classics he wrote.  You have to work a little harder, dear.
ANIMAL COLLECTIVE worked really hard on the soundtrack for CRESTONE but all they've come up with is an album of pleasant background noise.  Sia released a soundtrack earlier this year as well.  But like most people, I avoided it, not wanting to have to wade through all the controversy she created with that movie.  I took a pass on Robin Thicke as well.
Toni loves Robin.  I remember her showing me a picture online of Robin at the height of his fame.  He was at some party with a woman on either side of him.  I asked, "Isn't he married?"  Oh, yes, Toni insisted, happily.  Then why, I asked, if you look at the reflection behind them, do you see Robin groping the ass of one of the women he's standing next to?
That the marriage broke up was no surprise.  That "Blurred Lines" resulted in a law suit for his theft from Marvin Gaye was no surprise.  That he lost the law suit was no surprise.  Still, I was interested in listening to the new album, which came out last month due to Toni's excitement, "His first album in seven years!!!!"  Then I listened to ON EARTH, AND IN HEAVEN. Track one and two passed by pleasantly enough.  Then I got to track three "Lola Mia" and had to wonder which Stevie Wonder song he was ripping off?  Not wanting to go down that road of research, I just stopped listening.  (Toni swears that "The Things You Do To Me" is the best song on the album and the best song Robin has ever done.)
WHEN YOU SEE YOURSELF?  The Kings of Leon returned this year with that album which left me feeling like I woke up back in 1982, all nasty and wasted out on 'ludes.  At another time, post-pandemic possibly, the album might register differently with me.  I think it's a strong work ("When You See Yourself, Are You Far Away" sets the tone and it's carried very well throughout).  It's just not one that I'm receptive to at this time.  If you like The Kings Of Leon and think you'd like them really laid back, by all means take a listen.  Maybe drop a quaalude while you listen.  Do they still make quaaludes? 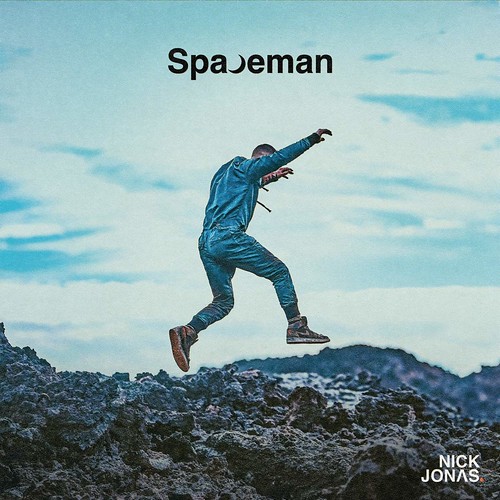 SPACEMAN would be instantly forgettable if the dreadful "Sexual" was the typical track.  Fortunately, it's not.  "Don't Give Up On Us" is an actual song.  Possibly, it's about his current relationship?  I don't know.  But it's not about how we-so-famous-they-want-to-look-in-our-windows-while-we-have-sex.  It's about some feelings and events we can actually relate to.  It also features some of Nick's finest falsetto notes.  And some of his best love-lust pleas.
Pleasing describes track two "Heights" and pretty much all that follows up until track nine ("Sexual") shows up.  Nick's vocals are freer here than they were on LAST YEAR WAS COMPLICATED (which I loved).  That might be due to "Suckers" and "What A Man Gotta Do" and the other songs he's recorded with his brothers in between LYWC and SPACEMAN?  He's hitting notes and sliding around them with a carefree and relaxed manner that makes them highly attractive.  I do miss the bearing down and despair he expressed on the last two solo albums but there's a lot to be said for the happy, lived-in voice he's singing with and of.
"Spaceman" comes closest to the man we know from "Chainsaw" and "Jealous."  It's a solid song and probably should have opened the album because everything else on the album really does progress from this track.
Favorite track on the album?  For me, it's "2Drunk."
I'd give Nick a Grammy for that song.  No, I'd give him two -- one for singing and one for songwriting.  It's a great song and should be all over the radio right now.  As should "If I Fall."
Betty's daughter loves Nick Jonas.  See Elaine's "5 Nick Jonas tracks" and Betty's "My daughter and I are fighting (Jonas Brothers)."  Betty's daughter argues "Delicious" is the best track and the one you have to listen to.
It covers territory similar to "Sexual" but provides actual descriptions that you can relate to and identify with.  And that's true of ten of the albums tracks as well.  It's a solid album and the strongest of 2021 so far.
Lana Del Rey's got an album due out shortly and Loretta Lynn's upcoming STILL WOMAN ENOUGH is something I'm also eager to hear but for now, let's all hail the conquering hero Nick Jonas.  SPACEMAN is the first album of 2021 worth purchasing and worth listening to -- repeatedly listening to.
Posted by Common Ills at 7:00 AM