Wednesday, November 24, 2021.  The US President's son has another scandal exposed, protests continue in Iraq, US troops will remain in Iraq beyond December 31st despite the weasel word push,

and much more -- including an ugly looking snapshot.  We're having big tech problems this morning so it is what is is.
Starting in the United States, with news of Hunter Biden:

It wasn't long ago that a New York Times bombshell about business ties between the president's son and a foreign entity would have received wall-to-wall coverage, but that was not the case with the paper's newest report about Hunter Biden.

According to the Times, an investment firm that counts Biden among its founders helped a Chinese company purchase one of the world’s most lucrative cobalt mines from an American company while his father, Joe Biden, was vice president. This is renewing concerns about potential conflicts of interest and whether the now-current president had any knowledge about his son's business dealings, which he had previously denied.

However, the stunning report published by the Times received zero coverage on CNN, MSNBC, ABC, CBS and NBC, according to transcripts.

The lack of scrutiny towards President Biden's son is nothing new. During the final weeks of the 2020 presidential election, the liberal networks famously avoided covering Hunter Biden's damning laptop that further shed light on his foreign business dealings.

CNN, specifically, spiked the Hunter Biden story as its top bosses were caught on leaked audiotapes saying "we're not going with" the bombshell first reported by the New York Post.

They're referring to Michael Forsythe, Eric Lipton and Dionne Searcey's NEW YORK TIMES report from this week which opens:

An investment firm where Hunter Biden, the president’s son, was a founding board member helped facilitate a Chinese company’s purchase from an American company of one of the world’s richest cobalt mines, located in the Democratic Republic of Congo.

The three Americans, all of whom served on the board, controlled 30 percent of BHR, a private equity firm registered in Shanghai that makes investments and then flips them for a profit. The rest of the company is owned or controlled by Chinese investors that include the Bank of China, according to records filed with Chinese regulators.

When the mine was sold, Mr. Biden’s father was near the end of his term as vice president. In the run-up to the 2020 presidential election, Hunter Biden’s business ties in China were widely publicized.

But BHR’s role in the Chinese mine purchase was not a major focus. It has taken on new relevance because the Biden administration warned this year that China might use its growing dominance of cobalt to disrupt America’s retooling of its auto industry to make electric vehicles. The metal is among several key ingredients in electric car batteries.

When asked if the president had been made aware of his son’s connection to the sale, a White House spokesman said, “No.”

Hunter Biden continues to be a nightmare for the administration and the press largely continues to act as though one incident is an isolated event even though it's multiple incidents and a pattern has been established.
[ADDED: Jonathan Turley covers the latest scandal here.]
Moving over to Iraq, Tom O'Connor (NEWSWEEK) reports:

Defying a warning from local militias, a Pentagon official has told Newsweek that U.S. forces will remain in Iraq after the scheduled end of combat operations on December 31.

With less than a month and a half left in the year, an ensemble of Iraqi paramilitary factions known as the Iraqi Resistance Coordination Commission shared with Newsweek a message Friday expressing disappointment with the lack of U.S. military drawdown.

Following talks with Iraqi Prime Minister Mustafa al-Kadhimi in July, President Joe Biden had promised an end to the U.S. combat mission in the country by year's-end.

"Combat troops" is a weasel word used by both administrations to pretend that US troops are leaving -- as we noted Saturday in "No, US forces most likely are not leaving Iraq at the end of 2021." .
Protests continue in Iraq.  Dr Rebin Fakhruddin Tweets:
#SlemaniStudentProtest #السليمانيه_تقمع shame really shame on Sulaimaniyah local forces! 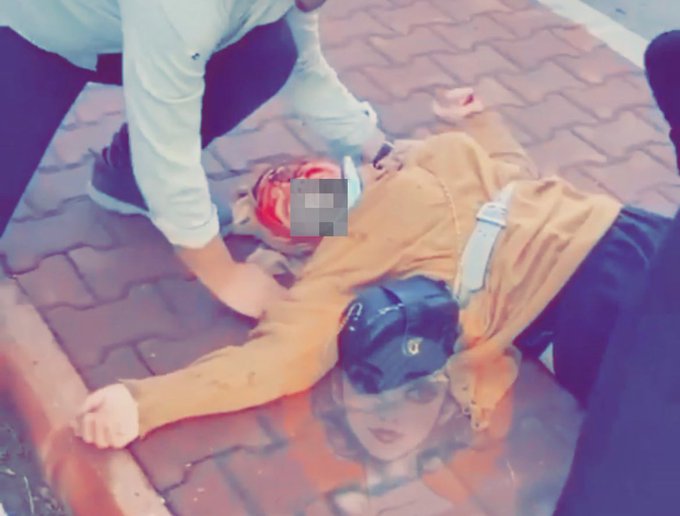 2:17 PM · Nov 22, 2021·
The coverage is sparse.  Why is that?  Because the KRG is part of Iraq and Iraq regularly goes after reporters who cover protests.  Dana Taib Menmy notes:
Today as I was covering the protests of Sulaimaniyah University students for
@AJEnglish
, I & several other journalists were forced to run away from security forces as they tried to disperse & arrest protestors and journalists. They used tear gas, electric shock. #TwitterKurds
4:03 AM · Nov 24, 2021
While they run off the reporters, they attack the protesters.
Today, the scene of the security forces' attack on the campus of the University of Sulaimaniyah. 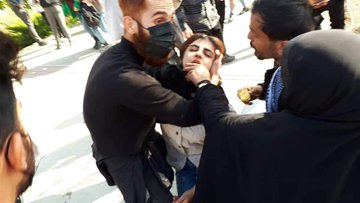 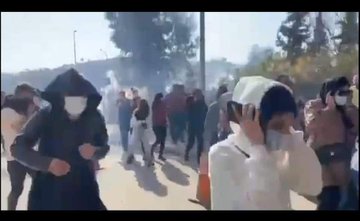 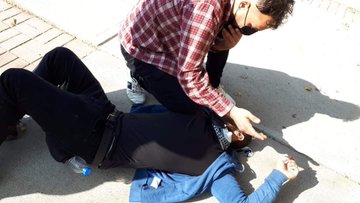 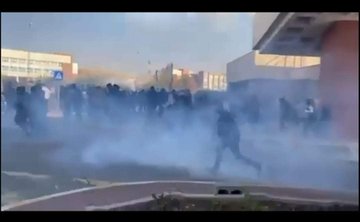 Thousands of students took to the streets in the city of Sulaymaniyah today for the third day in the row. Security forces used live gunfire to try and disperse the crowds, the pro-opposition news outlet NRT reported.

Protests also occurred in the Kurdistan Region capital Erbil as well, in addition to smaller cities like Halabja and Kalar, according to the Erbil-based news outlet Rudaw.

The protesters are demanding the Kurdistan Regional Government (KRG) resume paying stipends to students. The KRG used to pay university students roughly between $20 and $70 a month for living expenses. The KRG stopped the payments in 2015 due to the economic crisis brought on by the Islamic State (IS), the influx of displaced people into the region and drops in oil prices. Many students believe these factors no longer apply, according to the Esta news outlet in Sulaymaniyah.

Jeanine Plasschaert, Special Representative and Head of the UN Assistance Mission for Iraq (UNAMI) said clashes erupted in the weeks following the vote, with demonstrations and sit-ins escalating into violence and casualties reported.

On 7 November, an assassination attempt was made on Prime Minister Mustafa al-Kadhimi when an exploding drone entered his residence in Baghdad’s Green Zone.

Describing Iraq’s current outlook as “precarious”, the Special Representative recalled that the October elections themselves emerged from an unprecedented wave of country-wide demonstrations in 2019.

Marked by violence, excessive use of force, abductions and targeted killings, the protests left hundreds dead and thousands injuried.

The country’s current fragile peace also comes on the heels of decades of conflict, which prevented ordinary civilians from making their voices heard.

“A lack of political, economic and social prospects made many, many Iraqis take to the streets”, said Ms. Plasschaert. “Their demands and grievances remain as relevant as ever”.

The following sites updated:
Posted by Common Ills at 5:51 AM