The judge investigating Muntadhar al-Zeidi, the notorious shoe-hurling Iraqi journalist, said today that he would find out who beat him after his interruption of President Bush's Baghdad press conference.
Judge Dhia al-Kinani said he would discover who was responsible for the treatment meted out to the reporter who suffered a broken arm and ribs according to his brother.
The judge said that Mr al-Zeidi "was beaten in the news conference and we will watch the tape and write an official letter asking for the names of those who assaulted him".

The above is from Nico Hines' "Judge says he will discover who beat Muntadhar al-Zeidi, the Iraqi shoe-thrower" (Times of London) and Qassim Abdul-Zahra (AP) notes "bruises on his face and around his eyes" and, as for the alleged letter, adds: "A spokesman for al-Maliki said Thursday that the letter contained a specific pardon request. But al-Zeidi's brother Dhargham told The AP that he suspected the letter was a forgery." Timothy Williams and Atheer Kakan (New York Times) note, "The government did not release the letter, and a lawyer for the reporter said that during a conversation with him on Wednesday the reporter did not tell her about it. But the lawyer, Ahlam Allami, also said the reporter, Muntader al-Zaidi, had told her he had never meant to insult the Iraqi government or Prime Minister Nuri Kamal al-Maliki when he hurled his shoes at the president during a news conference with the two leaders on Sunday."
Waleed Ibrahim (Reuters) reports, "Muslim preachers from both sides of Iraq's once-bloody Sunni-Shi'ite divide appealed to the government on Friday to release the journalist who threw his shoes at U.S. President George W. Bush."

In Kirkuk, Kalweez Dilshad Abdullah, a Kurdish member of the Communist Party, was shot and beheaded in her home.
"We think she was killed because she was a women's rights activist," said party spokesman Azad Ghareeb.

Meanwhile Julian E. Barnes (Los Angeles Times) reports on the issue Elisabeth Bumiller was reporting yesterday: Generals Petreaus and Odierno's 'withdrawal' plans don't mesh with Barack's campaign 'promise' of "troops" out in 16 months of being sworn in. Of course "troops" is (and always was but few wanted to pay attention) combat troops only. So Barnes documents a 'novel' way to reconcile the two opposing options:

The two plans could be squared by moving to reclassify, or "re-mission," U.S. troops still in Iraq after 16 months to change combat forces to training units or residual forces, according to military officials.
Already, military officials have reassigned combat infantry soldiers and Marines to training jobs. Combat forces still in Iraq after May 2010 would probably be needed more for training missions in any case, officials have said.

As we've long noted, the classification is meaningless and can be abused. Barnes is documenting a proposal to abuse it. Hey, if Barack declares the 149,000 US troops currently in Iraq "police" or "training" ones on January 21st, he can claim he completed his 'withdrawal' of combat troops in one day! 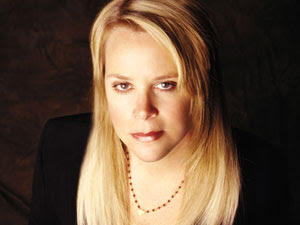 courtesy of the artist 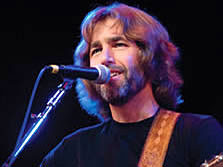 Though she began as a folksinger in Washington, D.C., Carpenter became a chart-topping country hitmaker in the '80s, winning five Grammy Awards in the process. Carpenter no longer churns out Nashville-friendly smashes, but her fan base remains intensely devoted to her intimate and reflective music. Carpenter will showcase new holiday music at this show.

Kicking things off at noon ET will be another country songwriter turned socially conscious folksinger, John Flynn. Based in Philadelphia, Flynn recently joined Arlo Guthrie and Willie Nelson on tour to benefit victims of Hurricane Katrina. An award-winning children's recording artist, he's heard frequently on WXPN's Kids Corner, and as a singer at Philadelphia Phillies games.

And if you need a push to listen to the live broadcast, Aimee Mann's live concert Saturday is still not archived (actually, it was but there were problems with the stream).

Yesterday Gwen Ifill participated in the online chat at the Washington Post. There's much to amuse and I'll leave it at that and carry it over to Third for Sunday. Gwen's Washington Week airs on PBS and, in most markets, airs tonight. Her guests include Washington Post's Michael Fletcher, Los Angeles Times' Janet Hook and the Bobsey Twins John Dickerson and John Harwood -- even their hairdresser can't tell them apart. NOW on PBS also begins airing tonight on most PBS stations (check local listings) and their focus is slavery in Nepal:

Unable to make ends meet, many families in western Nepal have been forced to sell their daughters, some as young as six, to work far from home as bonded servants in private homes. With living conditions entirely at the discretion of their employers, these girls seldom attend school and are sometimes forced into prostitution.
This week NOW travels to Nepal during the Maghe Sankranti holiday, when labor contractors come to the villages of the area to "buy" the children. There, we meet the Nepalese Youth Opportunity Foundation, which is trying to break the cycle of poverty and pain with an Enterprising Idea. They're providing desperate families with an incentive to keep their daughters: a piglet or a goat that can ultimately be sold for a sum equivalent to that of their child's labor.
The organization says it has brought thousands of girls home to live with their families, but many cultural and political challenges still stand in their way. This is part of NOW's continuing series on innovative and sustainable solutions to world problems, what we call Enterprising Ideas.

Schwarzenegger
The former Hollywood action star-turned California governor may be facing his most formidable foe in a $40 billion state budget gap caused by the economic decline. Scott Pelley reports. Screening The TSA
Are the hassles passengers endure at airport security checkpoints really making them safer? The Transportation Security Administration says they are, but a security adviser who has advised them says those measures are "security theater." Lesley Stahl reports. | Watch Video The Orphanage
Ivory is selling for nearly $1,000 a tusk, causing more elephants to be slaughtered and more orphaned babies in need of special care provided by an elephant orphanage in Kenya. Bob Simon reports. 60 Minutes, this Sunday, Dec. 21, at 7 p.m. ET/PT.