Kat: When my oldest nephew was seven, he'd discovered the Beatles by way of Paul McCartney & Wings and wanted me to know, "They're British but they sing in English." What he meant, as you probably know, is that he could understand what the Beatles were saying and they didn't sing with an accent. To a seven-year-old, that can be a real surprise. But it's not just for seven-year-olds, I was reminded recently.

Speaking to a group of college students about the illegal war and having one jerk attempt to derail the discussion (as he wanted to discuss whether Abeer 'wanted' to be raped), C.I. diffused the situation by breaking into "Wicked Ways." I didn't know the song then. Just that it resulted in some laughter and a lowering of the room temperature. At which point, a reality-based conversation could resume. I hunted through C.I.'s flash drive for it and found it performed by Ben Taylor (son of Carly Simon) and C.I. explained it was written by Taylor and David Saw.

C.I. referred me to an album. I loved it. I tried to find out who this artist who seemed to sprout fully grown from the head of Zeus was? Well the head of Carly. Carly's Into White features his "Quiet Evening" while This Kind Of Love features "How Could You Ever Forget" which he wrote with Carly and "Hola Soleil" which he wrote with Carly and Ben. Then, fearful C.I. would dub me David Saw's stalker, I did some research on my own and was surprised to find no Wikipedia entry but enjoyed this video. It was amusing, informative and demonstrated how musicians dressed back when the rock world was cool. And since I've noted rock fashion, let me add, visually, he's a bit of terrifc (to use Jack Lemmon's Some Like It Hot phrase). But this accent, was it for real? Or was he like Linda's husband on Still Standing?

The accent's for real. He was raised in England. But, as my nephew once put it, he sings in English.

And he sings amazing songs. 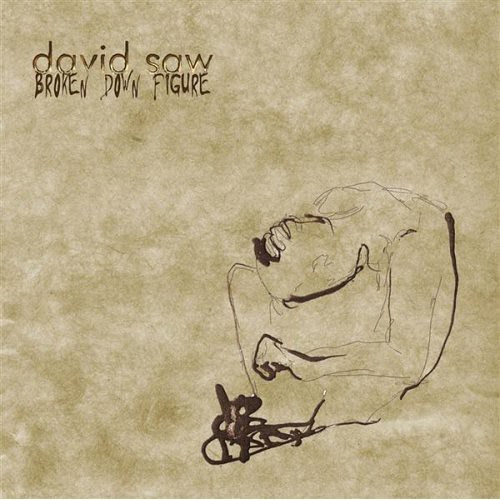 Broken Down Figure is a collection of some. It came out in March 2008. And I went back and forth over whether to review it or not. Since I finally encountered it at the end of April, it's something I listen to constantly. I especially listen to it on the road at night if it's been a rough day. I plug in the headphones and listen to it in the dark as I doze off to sleep. I listen to it in the morning as we drive to the next stop. There are mornings -- especially if the hotels only got decaf ("but another pot of regular will be done in a minute!") in the lobby and I'm gritting my teeth for my first hour of waking -- when that's about the only thing in the world I can listen to.

It's really amazing. It's also over a year old now and I worried about that. Mike checked with his readers earlier this month and the attitude was go for it. And from e-mails since I blogged about David Saw a few times at my site and from conversations with friends and students, there seems to be a huge gap regarding him. A lot of people, like me until last month, have never heard of him. Don't know the name, don't know the music.

Broken Down Figure is listed as a folk album and that's probably good genre to put it in for the most part. But if people are expecting "On Top Of Old Smokey" or political protest songs, they're going to be hugely disappointed.

What it reminds me of, honestly, is Carole King's Tapestry and Sarah McLachlan's Surfacing. Like both of those seminal albums, Broken Down Figure contains one pounding song. "Buy My Record" is the "I Feel The Earth Move" or "Sweet Surrender" of the album. It's also the source of the only flaw I can find after countless listens. Carole wisely opened her album with "I Feel The Earth Move" and, be honest, if it was track eight, you'd find that number one hit disruptive to the mood Tapestry's creating. Sarah carelessly threw tracks willy nilly on Surfacing and the mood's created in spite of her not because of her -- with many lesser moments as a result of the haphazard sequencing. David's got "Buy My Record" at number four and since it's not striving for dance floors (the way Sarah Mac did), it's far less disruptive.

Other than opening the album with that track, there's nothing I would change on Broken Down Figure. Of the ten songs, my favorite is "Simple Song" and it's perfectly named:

On this song and every other, Broken Down Figure announces a major songwriter. As an added bonus, he can actually sing and play the guitar. His voice is melodic and tuneful. There's no need to make exceptions for him such as, "Well, he's sounds okay, but those songs, they are amazing!" The songs are amazing -- all of which he wrote or co-wrote. If this were 1968, he'd be spoken of with the same awe as Laura Nyro, Paul Simon and a few notable others.

But it's 2009 and it seems as if songs are the last thing radio's interested in. Sampled riffs, they love. Pot boiler melodrama, they go bat s**t over. Honest emotion, well crafted songs? They appear to have no use for.

And maybe that's why I encounter so few people who have heard the album or even know of David Saw?

If so, we're the ones losing out. Carly's compared him to Rogers & Hart and I don't believe that's hyperbole. If you think it might be, you haven't listened to Broken Down Figure.

David Saw hasn't made a good album, he's made a great one and there aren't enough words to capture how wonderful it is. These are songs that are his, he's lived them. But these are songs that speak to you and having you drawing memories and visuals from your own life. Great songs do that. And David's not just a gifted songwriter, he's already a great one as one listen to "Don't Call" or "Some Love" instantly demonstrates.

There's something I've got to say
Even if you're crying
Inside this heart
It's a raining day
Still I'm not dying
I never wanted you to go
Though I knew I was leaving just the same
You're trying harder than you know
But it's true
Some love sticks like glue
And some love falls apart
And some love seems so cruel
When it keeps you in the dark
Some love breaks the rules
But some love breaks your heart.

As the decade draws to a close, it seems the American people have been denied a great deal. If you're tired of suffering, pick up David Saw's Broken Down Figure.