A number of you are e-mailing about various topics this morning (and some of you e-mailed last night). I want to show you Free Speech Radio News' Iraq "coverage" this week. Monday:

Evening mass in an Iraqi church turned into mass murder when attackers stormed a Catholic Church today at least 58 people died. A group tied to Al-Qaeda has claimed responsibility for the attack[.]

That's it in total. Tuesday:


Multiple explosions across eight neighborhoods in Baghdad killed at least 42 people today. And mourners wailed as the bodies of two priests killed yesterday in a deadly attack on a Catholic Church were brought to a mass for the dead. All told, 58 people died when al Qaeda connected gunmen attacked the Church. During the siege, attackers phoned an independent TV station seeking negotiation before Iraqi security forces stormed the church. Al Baghdadia was later forced off the air by government forces. Two station employees were arrested on terrorism charges, and a local police commander has also been detained – he oversaw the neighborhood where the attack occurred.

That is pathetic. That is sickening and disgusting. US forces remain in Iraq -- and as US State Dept spokesperson P.J. Crowley revealed publicly in a briefing last week, the White House wants to keep US forces on the ground in Iraq past 2011 and is looking forward to renegotiating the Status Of Forces Agreement -- and that's the best Beggar Media can do?

I've read as many e-mails as I can this morning and get why so many of you are complaining. I got it last night when Ava and I were checking out the 'coverage' of the elections and, catching Panhandle Media, found ourselves singing TLC's "Unpretty." Don't worry, we will take it on. At Third on Sunday. It's not like we're going to be scooped.

A) They booked those guests, they knew who they were booking, that they didn't see a problem means they're not going to find it before Sunday.

B) Who the hell else calls them out? Either everyone sucks up or they avert their eyes. It was disgraceful. I understand completely the outrage.

But, again, carnage in Baghdad, heavy death tolls. And, at the top, we noted what passes for 'coverage' from Beggar Media. I'd love to gorge myself on the empty calories of candy and ice cream as every other gas bag will be doing today. But there are important things to cover and we'll save dessert for the end of the meal. 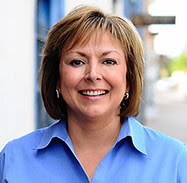 We will offer congratulations to Susana Martinez. The Republican becomes the first Latina governor in the US. Not our party, but we'll wish her luck and note her historic milestone. She and Nikki Haley enter the history books and are two of the three female governors elected yesterday.

Militants unleashed a wave of deadly attacks in Baghdad on Tuesday, killing at least 113 people in Shiite neighborhoods in an apparent bid to provoke a new sectarian war in the country.
Seventeen car bombs and other blasts shook the city at sunset in one of the bloodiest days this year. The coordinated attacks, which bore the earmark of the Sunni Arab militant group Al Qaeda in Iraq, came just 48 hours after 58 people were killed after armed men seized a Baghdad church.


How many have to die for Iraq to get attention? Didn't Goody Whore Amy Goodman pen a (bad) column still popping up in some of the seedier newspapers around the country where she whines that Iraq isn't on the radar -- after having kept it off her own radar? (Yes, she did and, yes, she has.)

Of yesterday's events, Jane Arraf (Christian Science Monitor) adds, "In Fallujah, west of Baghdad, mosque loudspeakers announced a lock-down, with no vehicle traffic allowed. The Anbar provincial council said it was prepared to send police to Baghdad, and appealed to citizens to donate blood to the wounded." Alsumaria TV adds, "In the wake of Baghdad bombings on Tuesday, Anbar Police Chief Brigadier Bahaa Al Karkhi told Alsumaria News that a comprehensive curfew was imposed in the province until further to avert possible attacks. In Waset, intensified security measures were taken in the province to avoid possible attacks as well, Police Chief Brigadier Khalaf Shafi Jaber told Alsumaria News."

Now in spite of the continued violence and the last days spectacular violence, Thaindian News reports, "The Dutch government on Tuesday said that the situation in Iraq is not so unsafe that failed asylum seekers cannot be deported back to Iraq. Dutch Minister for Immigration and Asylum Affairs Gerd Leers announced his stance on Tuesday after a call for action from Amnesty International. Leers argued that this year alone, more than 400 Iraqi asylum seeks have already voluntarily returned to their country." Radio Netherlands Worldwide reports that Gerd Leers, the country's Minister of Immigration and Asylum, swore to Parliament "that the situation in the country is not so unsafe that people cannot return" but he has apparently backed down (at least temporarily) as a result "of a letter from the European Court of Human Rights banning the deporation". Dutch News also notes the letter as the reason Leers wasn't able to force through the deportations thus far.


We'll close with this from Gareth Porter's "Petraeus and the Wolf Brigade: Torture Built into US War Strategy" (World Can't Wait):

A newly released WikiLeaks document on Iraq and the new political alignment between Moqtada al-Sadr and Iraqi Prime Minister Nouri al-Maliki both provide fresh evidence that Gen. David Petraeus’s war against Shi’ite militias in 2007-2008 was a futile exercise.

The WikiLeaks document is an intelligence report identifying the Shi’ite commander who Petraeus said was the Iranian-backed rogue militia leader behind the kidnapping and killing of five U.S. troops in Karbala in January 2007. In fact, according to the leaked document, it was a Mahdi Army commander.

That new information about the Karbala operation confirms earlier evidence that in 2007 a political axis linking Iran, Sadr, and Maliki was working to foil Petraeus’s assault on the Mahdi Army and to hasten the withdrawal of U.S. troops from Iraq.

That political alignment is a reflection not of Iranian dominance over Iraqi politics but of a convergence of interests among Shi’ite actors in the Iraq conflict.