Kat: The chords nail it right away. DAH dah dah. DAH da-da-da-da. DAH dah dah. It's saying everything needed to be said and the vocal hasn't even kicked in yet. When it does, it's a woman, her voices sounds sleepy and fully of desire and she's singing to a lover or an ex-lover, "Silly on me, I called too many times." It's a lover, we find out as the verse quickly gives way for the chorus:

Then you drive all night
Saying what use is a night
When you can't sleep anyway
You might be tired
But the fact of the matter
Is you're standing right in front of my face
You save me, save me from hate that's so close to love
No one's ever done anything like this for me before
No one's ever drove for miles to make me smile before

There are many excellent moments on Joss Stone's LP1 -- just released last week -- but track five, "Drive All Night," is the soulful moment of seduction most artists would give their eye teeth and a third of their upper register for. 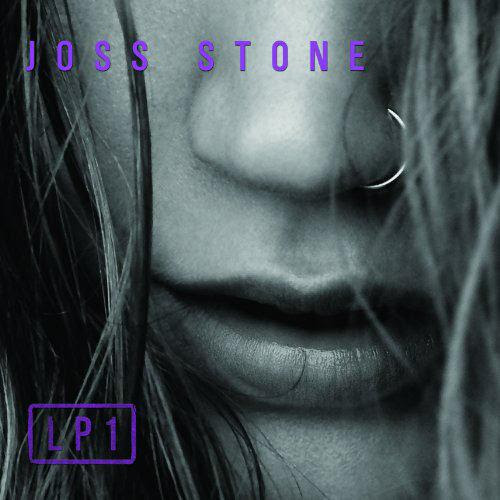 The twenty-four-year-old Brit was still a teenager eight years ago when she started her professional recording career. Her 2003 album The Soul Sessions sold millions in England and went gold here in the US. And she did find new vocal layers and, yes, meaning in Jack White's "Fell In Love with a Boy" but the musical arrangement left me cold and I felt she was just getting warmed up on Aretha Franklin's "All the King's Horses" when the song ended. The next album, Mind Body & Soul, contained "You Had Me" and "Spoiled" which again proved she had the vocal chops but still seemed like the voice wasn't attached to the music. Then came Introducing Joss Stone. Yes, that is a strange title for a third commercially successful album. About the only difference I could see was that she was writing more songs and doing less covers. I still didn't feel she had a sound that matched the voice and honestly wrote her off. So much so, in fact, that I didn't even bother to check out Colour Me Free!

That fourth album was her last for EMI and if anyone wonders she made the right decision in leaving, they just need to listen once to LP1. In fact, you don't even have to listen once to the whole album, pick any three tracks at random. This isn't an album, it's an announcement.

Lady Soul was an announcement. I Never Loved A Man The Way I Love You let you know Aretha could sing and she could hit the charts but Lady Soul's where, for my money, she announces she's not just a success, she is talent at its zenith. And that's Joss Stone's LP1.

Joss teams up with Dave Stewart (as co-producer) for 12 tracks. Annie Lennox's partner in Eurythmics already had a hand in producing the best American album of the years, Stevie Nicks' In Your Dreams (here for my review). LP1 is actually one of two projects Joss and Dave are working on. The two are also part of the super group SuperHeavy, a group that also includes Mick Jagger, Damian Marley and A.R. Rahman.

LP1 kicks off with her humming and wailing on "Newborn" whose verse finds her waking up hung over and advising that we "treat this day like a newborn baby." And at two minutes and twelve seconds she's cooing with high notes to the newborn day. It doesn't sound like it would work but it does and the music is arranged so perfectly for her voice. She gets to try some things she really hasn't done before. Track two is more of the stripped raw vocals that made her famous but, on "Karma," the music for a change matches. It's on "Karma" that you really get how overly polished a lot of the arrangments have been for Joss in the past. As though someone was thinking, "Okay, we can let the little girl belt but only if we keep the arrangement tinny and music box-y." She belts "Karma" throughout and the music is funky and raw to match her interpretation of the lyrics. The third track, "Don't Start Lying To Me," has more bounce and hand claps.

And you could just hear those three and think, "EMI wasted her natural talents." But those true of the whole album. "Last One To Know" is gorgeous and probably gives her more of a chance than any other track on the album to show all that she can do -- and I do mean all. And she's smart enough to do that on only one track. Too many divas who emerged in the 80s mistook vocal gymnastics for singing. Joss uses that track to show her range and also to show her shading and interpretation (something most of the power ballad divas forgot was also part of singing). And there's something new about her using everything on a song whose chorus is basically: "Nah, nah, nah, nah, Hell nah."

Throughout the album, guitars, bass and drum hum and roar. And with that platform, Joss really gets to soar. Time permitting, I would give shout outs to "Cry Myself To Sleep," "Somehow," "Landlord," "Boat Yard, " Take Good Care" and the guitar festival that is "Cutting The Breeze." I will make a point to note "Picnic For Two." The first time I heard the album (three weeks ago while we were in C.I.'s car), I didn't know who we were listening to (road rules: Driver always has first pick of the tunes) but was enjoying the jams until track 11 came along. Now, after hearing track twelve and hearing the album many, many more times, I've started to enjoy the charm of the duet which is almost country. (Her duet partner on the track, I'd later learn, was Dave Stewart himself). This is one of the best sequenced album, creating both a mood and a journey.

The only people that might be bothered by this album should be EMI stockholders. Clearly Joss Stone had a vision for what she wanted to sound like and, had EMI not refused to treat her as a full grown artist, she might still be recording for them. LP1 is among the year's finest and perfect for a road trip, a period of reflection, jamming out or a romantic evening.