They always blow their own cover

Good for NPR. They decided today to remind everyone just how good of a propaganda outlet they could be and were.

So they showed up today on All Things Considered like cheap whores infected with every sexually transmitted disease known to human kind and yet desperate to turn one more trick before calling it a night.

Marvel over their whoring which is even worse online where they put up the PSYOPS photo of Saddam Hussein's statue being pulled down with the caption: "A U.S. marine watches a statue of Saddam Hussein being toppled in Firdaus Square in downtown Baghdad on April 9, 2003."

At this late date, you're going to play it that way?

The Army's internal study of the war in Iraq criticizes some efforts by its own psychological operations units, but one spur-of-the-moment effort last year produced the most memorable image of the invasion.
As the Iraqi regime was collapsing on April 9, 2003, Marines converged on Firdos Square in central Baghdad, site of an enormous statue of Saddam Hussein. It was a Marine colonel -- not joyous Iraqi civilians, as was widely assumed from the TV images -- who decided to topple the statue, the Army report said. And it was a quick-thinking Army psychological operations team that made it appear to be a spontaneous Iraqi undertaking.

NPR wants to use a known, PSYOPS photo. Without informing that is what they're using. What dirty, trashy whores.

And you can't say "dirty, trashy whore" without conjuring the well-used 'reporter' Anne Garrels. No one gave it up harder for the US government than Annie.


And then she married a CIA agent. That's what happens often, work relationships. There was Anne, dating in the spawning pool.


She got a little too visible (Naked in Baghdad, really?) and that's why Anne's last years have been so insignificant.

When you're an unknown, you can show up as an escort on the arm of that male US senator. But when you're a known, you risk outing the whole agency.

So these days Annie spends her time trying to 'make friends' and keeping a low profile though she swears it's only a matter of time before she's front and center again.


The 'end of war' report includes this bit of whoring from Annie: "They were living in a profound dictatorship so they didn't know themselves and they were terrified of talking to foreigners."

She laid it on thick, didn't she. Well, she was very old by then. And to ply that trade at her age you really have to slap on a thick coating of foundation.

Annie was once eager to know radicals. Back in college, she loved talking to them. Of course, those professors and students would then end up spied upon. It was a development that happened over and over. Good thing she was 'placed' at ABC right after college. Remember how 'government friendly' ABC was in the sixties and early seventies?


Annie broadcast over NPR (2007) a 'confession' that emerged as a result of torture -- a fact she knew. The militia was backed by the CIA. A detail Annie 'forgot' to broadcast.

She also deliberately misreported on that second attack on Falluja.


Those who want to play like they didn't know the reality about Annie, have no excuses. She married into the CIA. Spy work and journalism don't mix. One is covert and intended to deceive the public, the other is supposed to be about informing the public.

The Iraq War hasn't ended. But thank goodness NPR wants to scream to America, "LOOK THE OTHER WAY!" If they weren't so eager to distract, they wouldn't have revisited the bad work of Annie.


The following community sites -- plus Jane Fonda and the ACLU -- updated last night or today:

We'll close with this from Tim King's "Will the U.S. Appease Iran for Afghanistan Supply Routes?" (Salem-News.com): 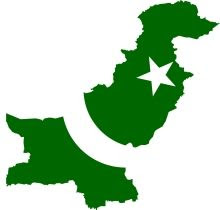 The sudden realization that the United States might need to utilize supply routes through Iran to continue its war in Afghanistan, is an absolute buzz kill for the rooting sections of pro-war Americans who back Israel's religious apartheid government in cries for war and the spillage of blood in Iran.

There are few concessions for sloppy combat work and the recent U.S. attack on two Pakistan military outposts could seriously refocus the priorities of a country that has been pounding away on an increasingly intolerant Afghan populace in a war that is becoming exponentially unpopular.

His battles to survive in Afghanistan were myriad, but the brass tacks are not something you would like to accidentally step on in this case.

Before the U.S. war and the Taliban war and the Russian war, Khyber Pass was widely known to thousands of people from the west and Asia who traveled it in the days of the Hippie trail. "Meet you in Kandahar" was a saying that hasn't been heard in many years, the place was a real destination in the old days for world travelers.