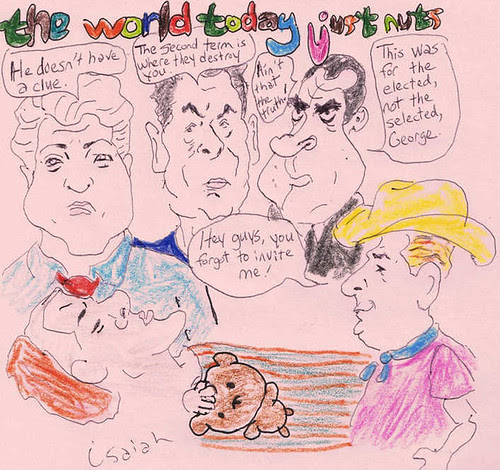 Isaiah's The World Today Just Nuts "The Second Term."  While Barack sleeps, Bill Clinton says, "He doesn't have a clue."  Ronald Reagan adds, "The second term is where they destroy you."  Tricky Dick Nixon adds, "Ain't that the truth."  While Bully Boy Bush says, "Hey guys, you forgot to invite me," causing Nixon to explain, "This was for the elected, not the selected, George."    Isaiah archives his comics at The World Today Just Nuts.