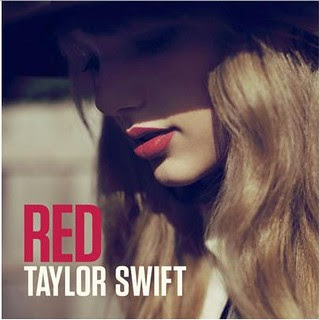 Kat: I hadn't planned to review Taylor Swift's new album Red.  Then along came the woman hating Tina Fey who ended last week making fun of lesbians ("shmesbians!") and riducling them -- this after she started the week trashing Taylor Swift in a 'joke' at the Golden Globes for some reason.


Some reason?  Tina's old, she's tired and, let's be honest, she keeps packing on the weight so a post-30 Rock career seems doubtful.  Her claim to fame is a TV show that, in seven seasons, never made it into the top forty, top fifty or top sixty for the year.  And, since her personal hatred for all women not named Tina Fey and married with children has become so well known, the show has sunk even further.  Last season (fall 2011 - spring 2012), for example, it was the 130th most watched show on the five networks during prime time.  In fact, more people watched CBS' daytime soap The Young and the Restless during the same period than watched 30 Rock.

So virgin-til-she-married Tina Fey was appalled (or just jealous) by the fact that Taylor Swift, like most American women, is sexually active and decided to trash Taylor by doing a 'joke' about how Michael J. Fox hopes his son never dates her.  Then Michael J. Fox had to remind America of how they really hated him before he revealed had Parkinson and then we all felt sorry for him and had to pretend like he could act. Even though we'd avoided his movies like the plague, even though he'd become a joke of comedians on all the late night shows.  He said he had Parkinson and no one could ever say a word against him again.

Then last week, he decides he's going to build on Tina's attack on Taylor and he just served to remind us all of what an ass he really is.  Unattractive from day one, about as sexy as a stick of margerine and a really lousy and limited actor.  I've always felt that way but, like most of America, backed off from saying so since he announced his Parkinson.  How freeing last week was when Michael J. Fox made clear that he was still the same asshole and we could call him out.

That's "22" a song Taylor wrote with Max Martin and Shellback and it's one of 16 tracks on her new album Red which was released last October.  If you're opposed to downloading from iTunes or Amazon, you can pick up the CD at any Wal-Greens drug store.  I'm not joking.

I checked with a few to ask, "Is it selling?"  Yeah, it's selling like crazy.  What's not selling?  The Rolling Stones' GRRR! which is also at Wal-Greens.  Is it the cover?  Maybe so because the thinking was the Stones would sell like crazy with yet another repackaged hits collection.  I panned the collection but if you have a Wal-Greens in your area and you like the Stones, you may want to get it.  Many are carrying it in the Christmas clearance section currently, 50% off.  So you can get the double disc hits collection for less than ten bucks.

Maybe because she seems to have fun.  In "22," she's convincing in her story about hanging out with a friend and having fun and she's just as convincing in "Stay, Stay, Stay" (another upbeat number) when she sings "I'm pretty sure we almost broke up last night/ I threw my phone across the room at you."  "Stay, Stay, Stay" is especially gorgeous because of the vocals.  And it makes you wish that all the tracks with backing vocals featured additional singers.  What I'm saying here is Swift can actually sing.

She's not Katy Perry whose voice has to be created in the studio with multi-tracking on every tune.  There are something like 22 vocal tracks of Katy Perry on "Last Friday Night (T.G.I.F.)" along and that's because she can't sing.  She can almost carry a tune.  But the producers multi-track and repeatedly 'punch-in' the vocal to give the appearance that Perry's a singer.

Taylor Swift actually can sing. So it's distressing when it's Taylor on lead and Taylor on backup -- reminding me of the reviews for Diana Ross' Swept Away concerts, where critics were complaining about her refusal to use backup singers and how she instead performed live to pre-recorded backing tracks of herself.  (For those who've forgotten, that really wasn't the time for Diana to be taking the stage and not sharing it with back up singers, not after Mary Wilson's non-stop lying.) Granted, thanks to Cher and her monster hit "Believe," you're always going to have studio wizardry.  Equally true Michelle Phillips was double-tracked for the five lines in the Mamas and the Papas hit single "Dedicated to the One I Love."  That was intentional, to create a certain mood.

There are many producers on the album. Including Swift, I'm counting nine.  My favorite is Jeff Bhasker whose two tracks -- "Holy Ground" and "The Lucky One" (both written by Swift) -- enhance the songs without diminishing the artist.  "The Lucky One" shows what Swift can do with her vocal when anchored with a strong drummer.  It's probably the best produced track on the album.  Like her vocal on the verses, the music swirls.  The song is a puff a smoke, floating away all too soon and Taylor sounding sexy which is not a side of her we may be used to.

The song itself is about someone, a woman before Taylor's emergence on the music scene, who made it to a certain level and then walked away.

It was a few years later, I showed up here
And they still tell the legend of how you disappeared,
How you took the money and your dignity and got the hell out
They say you bought a bunch of land somewhere
Chose the rose garden over Madison Square
And it took some time but I understand it now
Cause now my name is up in lights but I think you got it right

Red is not Blue.  That's why I put off reviewing it.  Blue is Joni Mitchell's classic album.  While Red isn't Blue, the freedom that Taylor longs for in "The Lucky One" recalls the freedom Joni's pining for in "River."

Another standout is "All Too Well" which finds Swift reteaming with songwriting partner Liz Rose.  This track, produced by Nathan Chapman, is another one that shows a maturity in vocals you may not be used to from Taylor Swift.

It's a big step forward for Taylor as a singer. It's also a huge step forward as a writer.  When a woman tells a truth, whether it's Carly Simon, Janis Ian, Erykah Badu, or Alanis Morissette, look for her to be mocked.  How sad that a woman (Tina Fey) had to kick off the latest round of mockery.  But as with the women before, what Taylor's doing is being distorted.  She's calling out men in her songs, yes, but she's also calling out herself.  When you grasp that, and the maturity she's showing, Tina Fey's bad joke becomes about as funny and accurate as that "Shallow Boy" episode of Boy Meets World which attempted to skewer Alanis.  There will always be haters.  Fortunately, Taylor's only the latest in a long line of women who've refused to let that stop them from making great music.