Kat: Just the name first caught my interest, Jackson and His Computerband.  It all seemed so Jimmy and his magic flute Freddy, grab the Captain Crunch with Crunchberries and park yourself in front of the TV.

The Paris 'band' is Jackson Fourgeaud and his second studio album, Glow, is released tomorrow. 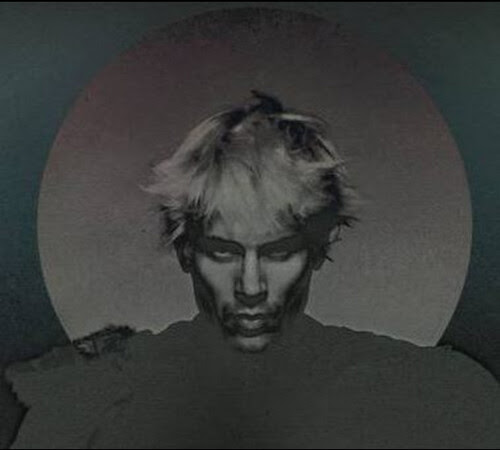 Masked vocals and bell like chords kick things off with "Blow" where a voice instructs you:  "don't mess with my head now."  The track will make you recall both the Beatles' Sgt. Peppers Lonely Hearts Club Band and the more avant-garde work of John Lennon and Yoko Ono.  "Blow" adds layers as it moves along and a rhythmic beat about one-third in.  The last 60 seconds are a shimmer as you are urged to "let your head blow out."

"Seal" is a more frantic number that brings to mind space travel and the Beastie Boys' "Intergalatic."  By contrast, "Dead Living Things" is a dirge and a thin vocal appears to offer lyrics like:


Appears to offer?  I need a lyric sheet.  That's not a bad thing.  If, for example, he sings "Gold is dead and your God is gung-ho," another possibility, my choosing/hearing "God has gone home"  says a great deal more about me, as your interpretations will say more about you.

No one ever wants to be the one in the group sing-along louding booming, "Lucy in disguise with diamonds," I understand, but there's something to be said for the vamp and what it says about where you are in your own head.

"G.I. Jane (Fill Me Up)" is the closest the album has to a traditional pop song.  It's got a repeated chorus, a standard structure, etc.  When what you think is the bridge kicks in, you realize you've actually been taken down a back alley to the land of Fatboy Slim for about a minute and three seconds.

I really enjoy "Orgysteria" which, to me, is the sound of a busy city slowly waking.  The piano chords are the people hitting the street.  But for me, the best tracks are "Arp #1" and "Billy" which should fill the dance floors haunted by the glow stick set.

If I did that right, you've got audio to "Arp #1" via his label.  I have no idea how long they will stream that track.  They're also streaming another track from the album ("Vista") so you can click here for that page.


Glow is really a primer in what we thought Madonna was doing with Ray of Light.  This 12-track  electronica album goes further and pushes your understanding of music and concepts.  Especially if you let your mind take the trip Jackson and His Computerband want to pull you along on.