Saturday, August 30th, 2014.  Chaos and violence continue, serious questions should be raised about Barack's recent speech and statements, is Barack raising IS' profile, and much more. 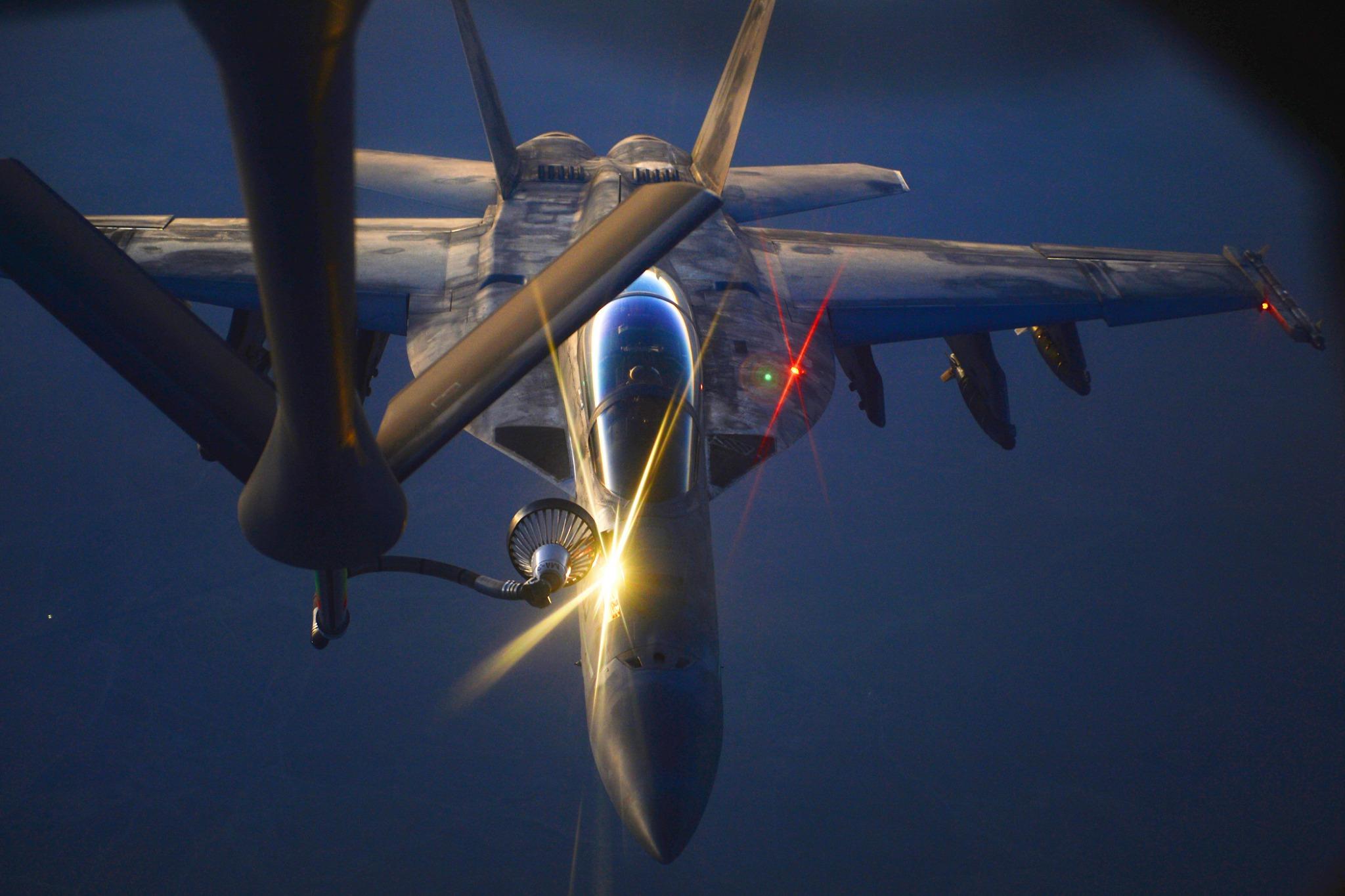 Cedric and Wally emphasized the financial cost on Friday noting that a cost of $7.5 million a day means at least $555 million through Friday which would be over a half-billion dollars.

That's not coming out of US President Barack Obama's pocket, the US tax payer is footing the bill.

It's a bill that continues to grow.

The US taxpayer didn't authorize the bill and certainly wasn't consulted about putting more money on the tab.
They're not even informed what the plan is because there is no plan.  Karen DeYoung (Washington Post) reports:

Amid conflicting congressional demands, impatient Arab allies, and public concern that he will do too much or too little, President Obama made bluntly clear Thursday why he has not yet implemented a comprehensive U.S. response to the Islamist insurgency that is rapidly spreading across the Middle East.
“We don’t have a strategy yet,” Obama said, in response to questions about when he is prepared to begin military action in Syria, and, if not, why not?

White House spokesperson Josh Earnest has made the media rounds insisting that Iraq is not without a strategy, just Syria.

The White House presents the Islamic State as darting back and forth between Syria and Iraq -- which share a border -- and doing damage in both countries as part of a larger, coherent plan to implement a fundamentalist state.

Who knows.  They've never backed it up.

Asked why what is taking place is taking place, from the State Dept to the White House, they can't provide concrete answers.  They can talk 'barbaric' and other rhetoric.  They can assert that the entire Middle East is at risk and, more recently, that the US mainland is at risk.

It's a cute little fear fantasy.

It dissolves a bit if you apply common sense to it.

Is the Islamic State somehow intimidated by Turkey?

Or by Israel or Jordan?

And just off the coast of Syria, to its west, you have the Republic of Cyprus.

If you were a terrorist group intent on taking territory -- which really seems more like the goal of a group of invaders (and historically we've not referred to such groups as terrorists) -- wouldn't Cyprus be your first target?

It's small.  It's an island -- meaning you could monitor incoming and outgoing traffic much easier than with landlocked countries.

It's a bit of a resort island which, for most people, would say 'soft target' -- especially when contrasted with a large country.

Syria's not responsible for Iraq but the US government has wanted war with the Syrian government for some time.  They wanted it under Bully Boy Bush -- remember the diplomatic tiffs -- and they want it under Barack.


A connection that Syria and Iraq do have -- that can be established factually -- is that Sunnis and Shi'ites are going into both countries to fight.  In both countries -- and this is what has given IS its power -- Sunnis feel persecuted.

You can argue whether they are or not.

The perception is they are being persecuted.

That perception is strong and growing.

Friday the 22nd saw an attack that the White House and State Dept handled poorly in terms of perception.  The White House has worked since to improve their communication skills and tools. They did a better job this week.

I will give them credit for it.

I'll note that they are addressing this internally.

I'll also point out that the press has been no where on this story.

They've been out to lunch on pretty much everything.

Currently, Barack is being consistently slammed by one country repeatedly for his Middle East actions.

And the slams getting plenty of attention.

We said here that Barack needed to cool the rhetoric.  We said he was using the office of the presidency to elevate Vladimir Putin.

He was and he did.

That wasn't his intent.

No one wanted to face that -- or maybe they wanted more conflict?  Certainly some long for a return of the Cold War.

Barack's making -- repeatedly -- the same mistake now with regards to the Islamic State.

As defined by the White House, we're talking about a minor group of crooks.

So why is the US President obsessing publicly?  Why are the White House and the State Dept yacking non-stop?

They're elevating IS daily.

That may be part of an attempt to scare the American public into supporting attacks.  Or it may just be stupidity.

Unless someone was wanting a return of Cold War tensions -- and a number of people do want that -- it's obvious that Barack's 2013 actions were a mistake.  That's why we called them out when they were happening.

Unless the point is to use fear the way Bully Boy Bush did, to elevate IS to the point that the entire world trembles, Barack is making another huge mistake.

But it's not war, US President Barack Obama insists.

Zeke J. Miller (Time magazine) notes of Barack's Thursday speech on Iraq and the brief questions and answers that followed:

The President defended his decision not to seek authorization from Congress before beginning strikes on ISIS targets in Iraq three weeks ago, saying the urgency of the threat to the U.S. consulate in Erbil required immediate action. “I can’t afford to wait in order to make sure that those folks are protected,” Obama said. Since Aug. 8, the military has conducted 106 air strikes in Iraq, according to U.S. Central Command.


This week, Leon Wieseltier had an article published.  It's an article wanting war on Iraq.  So, of course, it's published by The New Republic.   Wieseltier skewers some of the 'facts' offered by Barack and the administration -- 'facts' the pres has run with.  Here's an excerpt:


His announcement of the authorization for the air drops and the air strikes was so riddled with qualifications and circumscriptions, so casuistic, so replete with assurances about his own lack of enthusiasm for his course of action, that it sounded almost like an apology for what he was authorizing. He intended to engage the effects, not the causes. The important thing was that this act of humanitarian intervention not be mistaken for an act of humanitarian intervention. Rand Paul and the liberals were to be given no occasion for panic.
But the president’s actions have already exceeded the president’s reasons. Most of the American air strikes in northern Iraq have had the proper objective of protecting the dam. Is this because Americans might get wet if the dam were exploded?

While it's good to see the nonsense offered for bombing Mosul mocked, it's also true that Barack's claims have other implications.

The attack on US facilities on September 11, 2012 (resulting in the deaths of Glen Doherty, Tyrone Woods, Sean Smith and Ambassador Chris Stevens) were a failure on Barack's watch and a failure for Barack.

(They may or may not have been more than a failure, for the purpose of the point that follows, we're not pondering that.)

As a result of that failure and all the fallout that has followed, Barack needs to be cautious.  He owes it to the diplomatic service (whose interests the press has never really given a damn about when covering Benghazi) and he owes it to the American public.

He knows that and may have overreacted out of caution and a desire to prevent loss of lives.

The bombing of Mosul on the pretext that a damn could fall apart and flood the US Embassy in Baghdad is a joke.  It's one the press treated seriously for far too long.

But was the spin on that, from Barack and the administration, about concern -- or sole concern -- over protecting US personnel?

For years, just war theory was in play.  Bully Boy Bush appeared to do away with that concept when he started the illegal war on Iraq.

Suddenly, he proposed a notion that you could declare war not because you had been attacked but because you might be attacked -- by mythical WMD -- at some point in the future.  Barack appears to have run with that notion -- one with no legal backing or support.


From Thursday's Iraq speech by Barack:

Zeke Miller:  Thank you, Mr. President.  Last year, you said that you believe our democracy is stronger when the President acts with the support of Congress.  In response to Chuck’s question you said you don’t have a strategy yet, but you’ll reconsider that going forward.  But why didn’t you go to Congress before this current round of strikes in Iraq?  Do you not believe that that’s the case anymore, what you said last year?  And throughout your career you’ve also said that -- you raised concerns with the expansion of powers of the executive.  Are you concerned that your recent actions, unilaterally, had maybe -- have cut against that?


THE PRESIDENT:  No.  And here’s why:  It is not just part of my responsibility, but it is a sacred duty for me as Commander-in-Chief to protect the American people.  And that requires me to act fast, based on information I receive, if an embassy of ours or a consulate of ours is being threatened.  The decisions I made were based on very concrete assessments about the possibility that Erbil might be overrun in the Kurdish region and that our consulate could be in danger.  And I can’t afford to wait in order to make sure that those folks are protected.


At least he didn't use the lie about Baghdad being flooded.  (When we called it out here, FYI, we did so because two engineers raised the issue to me.  I wouldn't have thought to question it had it not been pointed out to me how ridiculous it was and how the claim was backed up not by engineers or an engineering study but by the words of a general -- who would leave office in disgrace -- and an ambassador.)


But this is another example of Barack building on questionable (I would say "illegal") activities of Bully Boy Bush and this 'building on' has serious consequences.

These actions can become legal by custom.

They need to be objected to.

But Barack's not just taken Bully Boy Bush's plan, he's expanded upon it.

Bully Boy Bush argued that a war was necessary because the country in question (Iraq) might someday hurt the US mainland.  Barack is arguing that this 'maybe' can be expanded beyond the country's national borders.  Now acts of war can be carried out for a 'maybe' that might be an attack on a US consulate.

Since the US government has diplomatic embassies and consulates in pretty much every country, what Barack's maintaining has huge implications and serious consequences.

It would be great if maybe, just for a few minutes, we could address that.