On violence, the western press gushes over things that can't be backed up with facts and they call the gushing reporting.

X number of 'terrorists' killed in this US aerial bombing, Y in this British one . . . .

They are the real drone war, droning on constantly about 'success' that anyone with a brain can grasp is not happening.

And the press prints the claims (lies) of the government and lulls the public into stupidity as if the US, England, Australia, France, Iraq and other armies can all be dropping bombs daily, killing people daily and no bomb ever, ever kills a civilian.

There are some readers who are upset that we're not all over the daily claims of the various governments about how many kills they had today.

We've been through this nonsense before.

I'm especially not interested in the 'we got the leader in our bombing!' lies.  We saw those claims under Bully Boy Bush and who knew there were so many leaders that they could be killed daily -- sometimes even multiple times a day? 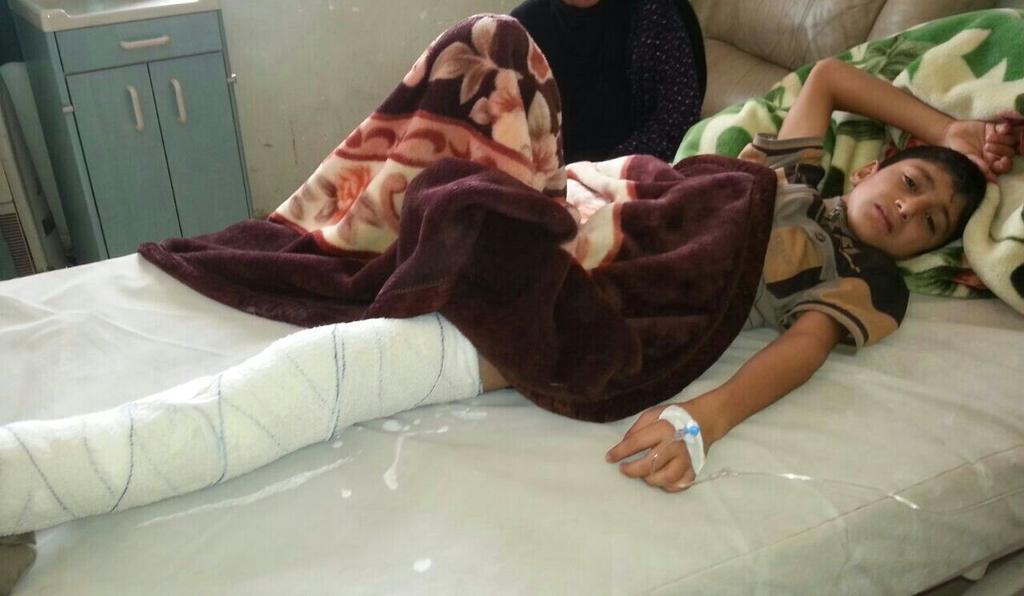 I'm never sure if the photos in a Tweet will show up until after the entry posts.  In case the one (maybe) above doesn't, here's a screen snap.


That young boy was injured in a mortar attack.

What 'battlefield' was he on?

What 'terrorist' bombed him?

Since January, Falluja's been the victim of War Crimes.  Former Prime Minister Nouri al-Maliki initiated the bombing of the civilian population in Falluja.


The same western media that can run with claims of killing terrorists refuses to note photos and other proof of civilians being killed and wounded.