[Sorry, this was pulled together this morning and I thought I hit "publish" but clearly did not.] 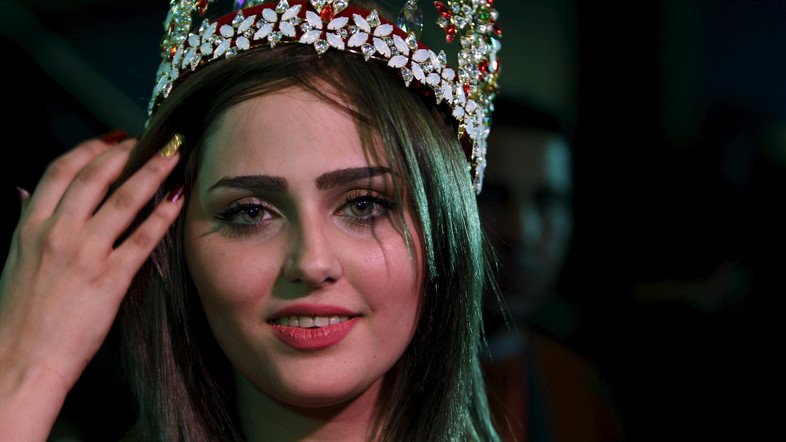 As THE WEEK notes:


The Miss Iraq beauty pageant has been held for the first time in over 40 years, despite death threats and the dangers of Islamic State.
Shaima Qassem Abdelrahman, 20, became the first woman to claim the title since the first and last Miss Iraq contest took place in 1972. The economics student from Kirkuk is now eligible to represent the country at the Miss Universe contest.


That's more than worth noting.

Both for the risks involved for all the contestants.

For the "X" is puts on the back of the winner Shaima Qassem Abdelrahman.

For the courage of all the contestants.

And for the news factor of this return to the pageant for Iraq.


It's amazing how few have noted -- especially the male bloggers in Iraq, the Shi'ites, who blog gleefully about Sunni deaths non-stop but can't note the historic moment above.


Tonight, we may note garbage like   "Ashton Carter’s Plan to Expand U.S. Military Presence Across the Globe Even Further" -- that would be Barack Obama's plan but cowards can't say that.

They can attack Carter who is the fourth Secretary of Defense under Barack Obama.

But they can't call out Barack.

Because they're cowards and liars.

The hideous David Brock was on CNN this morning.

Of course he's lying for Hillary because that's what he does these days.

Why the admitted liar is on TV today is anyone's guess.

Is he in a 12-step group for 'recovering' liars?

At any rate, Ava and I had already done our piece for Third.

Hillary made a ton of problematic statements.

Her ridiculous Donald Trump claim (lie) is the one the media's focused on.

But there's so much more.

Including alleged 'feminist' Hillary rushing to insist that Bill wouldn't have to do 'girly' things if he was First Spouse.

That b.s. is actually historical and goes to pattern with her.

And a media paying attention would have already explored that.

So we regrouped this morning -- instead of tonight -- to finish the edition so that we could complete the edition and get it up.

Which is now is:

Saturday,   Isaiah live cartooned the debate with  "What Bernie Wants for America,"  "Who's Debate Is It Anyway?" and  "Hillary's Debate Strategy."

And the following community sites updated: