The Turkish invasion and occupation of Iraq continues.  RT reports, "Ankara carried out airstrikes targeting Kurdistan Workers' Party (PKK) forces in northern Iraq, the Turkish army said on Wednesday. The action comes in the wake of rising tensions between Ankara and Baghdad over the deployment of Turkish troops in Iraq."


One reaction to that?
taylieli ‏@taylieli 3h3 hours ago
#Iraq: Some groups announce a demonstration will take place in front of #Turkish embassy on saturday. 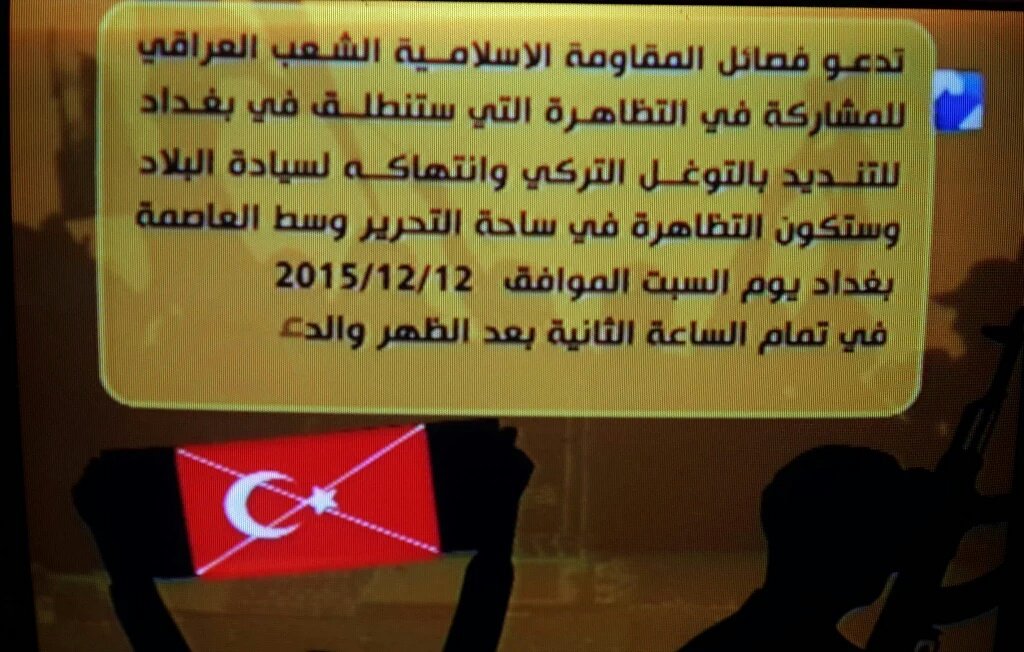 
Yesterday, Russia -- which has its own tensions with Turkey -- took the matter to the United Nations Security Council.  Edith M. Lederer (AP) reports that Vitaly Churkin, Russia's Ambassador to the United Nations, states he declared Turkey was conducting itself "recklessly and inexplicably" and that they were acting without legal backing.

Though Hadier had insisted he would take the matter to the United Nations, he did not do so.


His failure to do so probably matters little at this point.  Especially after the UN's non-reaction.  TODAY'S ZAMAN explains:

Russia's attempt to have the UN Security Council issue a statement calling on Turkey to respect international law and the sovereignty of Iraq after Turkey's recent troop deployment in Mosul failed on Tuesday, while the Iraqi ambassador to the UN appeared to downplay the dispute between Ankara and Baghdad.


In  a chance to play catch up -- and also an effort to practice some face saving -- he's made a move.  Tulay Karadeniz and Ercan Gurses (REUTERS) report that he issued a statement (whine?) insisting, "NATO must use its authority to urge Turkey to withdraw immediately from Iraqi territory."


Turkish President Recep Tayyip Erdogan has said that Turkish troops are in Iraq at the request of Haider al-Abadi, Iraqi prime minister, since 2014.
The arrival of a heavily armed Turkish contingent near the front line close to Mosul has added yet another controversial deployment to a war against the Islamic State of Iraq and the Levant (ISIL) group that has drawn in most of the world's major powers.

"Turkish soldiers are in Basheeqa camp at the request of Haider al-Abadi in 2014. Now I am asking why he was silent since 2014," Erdogan said in an interview with Al Jazeera on Wednesday.

That's a bit like saying, "You invited me into your home."

And me replying, "Yes, I invited you for dinner and that was three days ago.  It's really past time for you to leave."

One invitation means they're there forever?  Or they guests or bed bugs?


Yesterday's snapshot covered some of Wednesday's Senate Armed Services Committee hearing.  But one point we'll note this morning is the following comments by the Committee Chair.

Chair John McCain:  In response, Mr. Secretary, in response to your last two points?  One, on the funding, we just received that request last week but you know very well that's the result of the absolute failure of the expenditure of what was judged then to be $43 million and for or five people were trained  We don't want to approve of something like that again.  We want to -- We want to -- If you want that kind of money to train and equip, we want to know what the plan is.  And we don't want to see a repetition of testimony by the head of Central Command who said, "Well we have four or five less and we've spent $43 million."  We have an obligation to the taxpayers.


McCain was responding to Secretary of Defense Ash Carter's absurd assertion that unless the Senate immediately approved Barack's latest monetary demands for the Iraq War than the Congress was undermining the war against terrorism.

McCain was noting the waste of the $43 million previously for training -- the portion of that which went to Syria, as was revealed in a previous Congressional hearing -- resulted in the eventual count of four or five troops.  The others, at various points, fled the force so all the millions were wasted.

What is Barack's plan?

There doesn't appear to be one.

Let's drop back to the February 8, 2012 snapshot:
We covered the November 30th House Foreign Affairs Subcommittee on the MiddleEast and South Asia in the December 1st snapshot and noted that Ranking Member Gary Ackerman had several questions. He declared, "Number one, does the government of Iraq -- whose personnel we intend to train -- support the [police training] program?  Interviews with senior Iaqi officials by the Special Inspector General show utter didain for the program.  When the Iraqis sugest that we take our money and do things instead that are good for the United States. I think that might be a clue."  The State Dept's Brooke Darby faced that Subcommittee. Ranking Member Gary Ackerman noted that the US had already spent 8 years training the Iraq police force and wanted Darby to answer as to whether it would take another 8 years before that training was complete?  Her reply was, "I'm not prepared to put a time limit on it."  She could and did talk up Deputy Minister of the Ministry of Interior Adnan al-Asadi as a great friend to the US government.  But Ackerman and Subcommittee Chair Steve Chabot had already noted Adnan al-Asadi, but not by name.  That's the Iraqi official, for example, Ackerman was referring to who made the suggestion "that we take our money and do things instead that are good for the United States."  He made that remark to SIGIR Stuart Bowen.
Brooke Darby noted that he didn't deny that comment or retract it; however, she had spoken with him and he felt US trainers and training from the US was needed.  The big question was never asked in the hearing: If the US government wants to know about this $500 million it is about to spend covering the 2012 training of the Ministry of the Interior's police, why are they talking to the Deputy Minister?
The US State Dept wass not ready to put a time limit on it, by their own words.  How long does the 'training' continue?  How many years and how many billions?  If it's really not clear to you, let's drop back to the House Foreign Relations Committee hearing of December 1, 2011 for this exchange.
Ranking Member Gary Ackerman: When will they be willing to stand up without us?
Brooke Darby: I wish I could answer that question.
Ranking Member Gary Ackerman: Then why are we spending money if we don't have the answer?
[long pause]
Ranking Member Gary Ackerman: You know, this is turning into what happens after a bar mitzvah or a Jewish wedding. It's called "a Jewish goodbye."  Everybody keeps saying goodbye but nobody leaves.

All this time later, the White House, the State Dept, all of them can still supply no concrete plan but can continue to insist that millions and millions of tax dollars be spent for something,anything, in Iraq that will somehow help even though it has not thus far.

Press TV: So you have the US Defense Secretary making the statements and overall saying that the US has not been able to contain the ISIL. What do you make of his statements?

Jatras: Well to start with I do not know if I would dignify this with the term strategy and they seem to be just as incoherent and confused as American policy has been in Iraq and also in Syria up till now.
We are going to get more equipment to the Iraqi army. I do not necessarily object that but let’s remember how so much of that previous equipment has ended up in the hands of [the Islamic State]. We obviously are concerned about being essentially cooperating with Iran in support for Baghdad but at the same time we are not going to cooperate with the Syrian government against [the Islamic State]. It seems to me that there is no real strategy here at all and I think one thing that is not being said is what the hazard is of possibly placing more American ground "advisers" into Iraq which are essentially boots on the ground and I think virtually all Americans are opposed to.