Kat: Well what else do you call the limited talent  Melissa Etheridge?

She's back with another album. 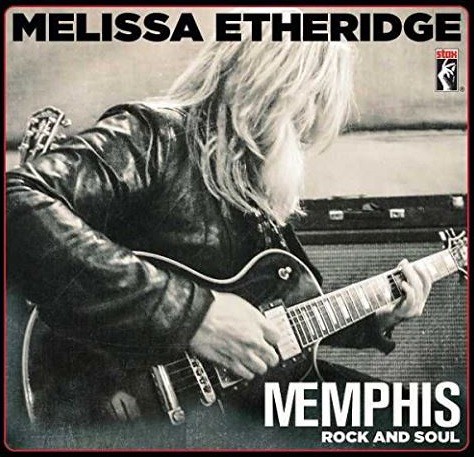 She hasn't had a hit record since 1999 -- the same year she and Julie Cypher appeared on the cover of ROLLING STONE, with their kids, and sperm donor David Crosby, boasting of how happy she was.  She'd reveal in her own book a few years later that the relationship was already over by that point.  Didn't stop her lying to the world though, did it?

She's been dropped by her label.

Now she's releasing MEMPHIS ROCK AND SOUL on her own vanity label with an assist from Stax.

And that's pretty much as it should be.

She later tried to say it was because she was once (back when she was hanging with Juliette Lewis -- a name she no longer mentions) friends with Brad Pitt.

She's just aghast at what's being done to poor Brad now that he and Angie have split.

Because when Jolie had her mastectomy, I seem to remember Melissa slamming her for that too.

So the reality is that Melissa -- our grand feminist lesbian -- has yet again trashed a woman to stick up for a man.

Listening to her whine, I was reminded of her second wife Tammy Lynn Michaels.

Tammy was an actress, remember, with a thriving career.

But our 'mannish' or 'manly' Melissa didn't want Tammy to work.  So Tammy gave up her career -- big mistake.

And then, as so often happens with womanizers, Melissa's eyes, heart and tongue landed elsewhere.

That's when she dumped Tammy.

Then she tried to pull the ultimate macho pig move and not pay the proper child support.

Melissa's whole life is one f**ked up gender stereotype.

And it's relevant because her new album -- of oldies -- is part of that pattern.

For years, we've had to put up with these so-called feminists -- Judy Collins, to name but one example -- doing one tribute album after another men.

It took a real woman -- and a strong one -- to do a tribute to female artists.

But there's a reason Aretha Franklin is forever the queen.

And there's a reason Melissa Etheridge is forever an embarrassment.

In a Q&A with ROLLING STONE to promote the album, Melissa couldn't stop talking about men and "guys" -- over and over.

The key point was when she said. "These songs were recorded by an interracial group, Booker T. and the M.G.'s: a couple white guys, a couple black guys. Everyone will say that once you walked through the doors at Stax Records, there was no color."

Questionable but there clearly was a gender barrier, right, Melissa?

And it continues with her choices.

The Staple Singers' "Respect Yourself" is done by Pops Staples and his daughter, with him holding court for over two minutes.

So maybe Melissa wants credit for that?

Don't know why though.

You know, I have deep respect for the Staple Singers and Mavis. When I listened to "Respect Yourself," I realized the message of it was so deep and relevant today that I wanted to modernize it a little bit.

When you listen to Melissa's version of "Respect Yourself," you will join me in wishing she hadn't f**ked with the song.

So that's one song that's co-sung by women.

The only song a woman sang by herself on the album is "Wait A Minute."

Even when she's supposedly celebrating a woman's accomplishment.

She tells SMASHING INTERVIEWS, "I found a Barbara Stephens song. It was her only song, and it's called, 'Wait a Minute'."

Because at STAX RECORDS, you can find a profile on Barbara Stephens which includes this statement:


Stephens had several hit songs including, "I Don’t Worry", "If she Should Ever Break Your Heart","The Life I Live", and "Wait A Minute."


Our masculinist Melissa is so quick to want to join the boys, she distorts everything.


Until women value women's contributions, how can anyone expect men to?

Which is why Aretha's a queen and Melissa's just another whore on the street, why Aretha reaches upward and Melissa drags women into the gutter.

Actually, that's too much effort for Melissa.

She just wants to drag them into boredom.

Which is where her album lands the listener.

Her fascination/obsession/identification with Bruce continues.

Only it's not Bruce Springsteen these days but Bruce Willis.  And honestly, the former TV star's "Respect Yourself" showed much more life than Melissa's version does.


Melissa's at that stage in her career where the yawns outnumber the smatterings of applause.

So she looks for a 'hook' to sell an album.

Apparently, she waited too long for the Christmas market so she instead went the way of the oldies.

A bunch of safe covers of safe songs sung in a safe manner.

The whole album feels like it's encased in a rubber.