There are so many people working the public e-mail account (common_ills@yahoo.com) and none of them have time to stroll the spam folder.

So we miss things.

What? An event to show solidarity with the Standing Rock Sioux Native Americans

Why? The Jill Stein campaign in Michigan is participating in this direct action on the East Steps and lawn of the Michigan Capitol Building to show solidarity with the Tribal Leaders who are acting to protect water and sacred grounds in North Dakota.

Stein, the Green Party candidate for President of the United States has appeared on the site of the peaceful demonstrations and garnered media attention when she spray-painted the words "I approve this message" on a bulldozer "that had been tagged with other messages of protest and that had been used to destroy sacred burial sites of the Standing Rock Sioux."

A large contingent of Michigan Stein supporters will join this event. The group Anonymous plans a march to the Capitol, starting at 8:00am, as a part of the "Million Masks March" nationwide action.

Tribal Leaders will speak at Michigan Stands With Standing Rock beginning at 12pm, with prayers and drumming to follow into the evening. This event will be of both national and State-wide interest.

A recent poll by Marketing Resource Group shows Stein with 11% support in the Lansing Area. That poll can be found here: http://mrgmi.com/2016/10/michigan-poll-trump-trails-clinton-by-five-percent/


That's something that got missed.

It's not about Iraq.

Doesn't mean it's not important.

And I'd have noted it if any of us had seen it in real time.

But we didn't, and that's life and we all move on.

This site was supposed to be a two year thing at best.

Instead it's now over 12 years old.

I don't pretend that I'm tired -- I actually am tired.

I do have a life -- unlike some celebs on Twitter.

Donald Trump will be sworn in as president.

Maybe that means the Iraq War will finally matter to people again?

But when Barack was swept into the White House on the lie that he'd end the Iraq War, those of us on the left in the US who gave a damn about Iraq dwindled.

It appeared that the Iraq War was only a problem when Bully Boy Bush occupied the White House.

As Cindy Sheehan and others (including us here) have noted, it appears the real sentiment fueling Iraq War protests was hatred of Bully Boy Bush and not of the illegal war itself.

They've had it so easy in the United States for the last eight years and couldn't do a damn thing to protest the ongoing war in Iraq.

They're Democratic sheep who now weep because they didn't get their way.

You didn't just by into celebrity culture, you mainlined it.

You pretended it was normal or desirable (or electable) for Hillary to have all this 'star power.'

It will never help.

It has never helped.

It was over the top.

And it felt like arm twisting for so many.

You got idiots like Debra Messing talking about topics that she will never understand.

It was bad enough when she wasn't smart enough to grasp that, yes, members of Congress only care to hear from their own constituents.

Then she thought the FBI based their investigations on popularity -- as if a Justice Dept decision was an online Change petition.

I'm sorry, Jane Fonda got ridiculed for forgetting a moment in Revolutionary War history -- that probably most who laughed at her had either forgotten themselves or never known of -- and yet Debra Messing basically can't even understand how to buy milk at the super market and she's treated as someone credible?

Because she played the friend of a gay man on a TV sitcom?

A part she originally turned down because she didn't want to be known -- her words -- as a "f*g hag"?

Noam Chomsky's whining about the election and saying people who voted other than Hillary are to blame for her loss.

[Deleted as I bite my tongue a little longer.]

Your image is a house of straw.  Don't make me play the big, bad wolf.

You are not what people think you are.

Truth does come out.

And I'm fine with it waiting until after you're dead.

But that's going to depend on you, old man.

The world's a little safer -- at least for women.

I bring Tom up because during Vietnam, peace activists could and did protest both parties.

Tom -- in his usual drunken haze -- tried to insist that it had been a mistake, such actions, because they gave rise to Richard Nixon.

The pendulum swings both ways.

You can't live very long without knowing that.

That wasn't a bad thing.

It briefly gave the country a free press, a real press.

And up and coming journalists thought that's what the press was about.

So, for a few years anyway, you had journalist who wanted to make a difference.

It let We The People feel that we could make a difference.

Watergate is a moment of people power, a moment for the press to bask in the First Amendment and so much more.

To get a War Criminal like Richard Nixon out of office?

Tom Hayden fretted but he was always trying to suck up to the honchos in the Democratic Party.

Life goes on in some form or another.

You've shut your mouth while the people of the Middle East have been slaughtered.

Or worse, you justified what was done in Libya.

I know that because I saw them speaking on campuses.

I think what really happened, actually, was media manipulation.


I think the media -- especially the ones who claim to be 'little' or 'independent' media -- manipulated the public through lying and distraction.

Because on campuses, there was still concern over the wars and the illegal spying.

And certainly, our community has only grown larger during Barack's years in the White House.


But the majority of Americans who pretended to be concerned walked away from the wars.

And now they want to whine about what might happen?

People in the Middle East have been dealing for the last eight years with what does happen because of who is in the White House.

And the bulk of America hasn't given a damn.

So forgive me if your PC 'ethics' are suddenly offended.

The same so-called ethics had no problem ignoring babies with birth defects -- due to weapons the US took into Iraq -- or people slaughtered by bombs dropped on them.

"Oh, I'm so frightened to live in the US! Trump scares me!"

Spend a day as a Palestinian and then you'll know what fear is. 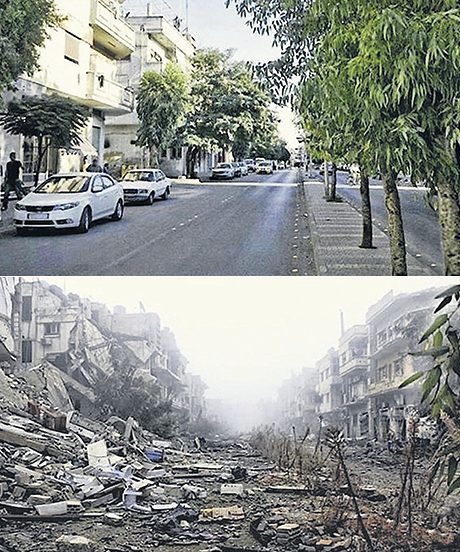 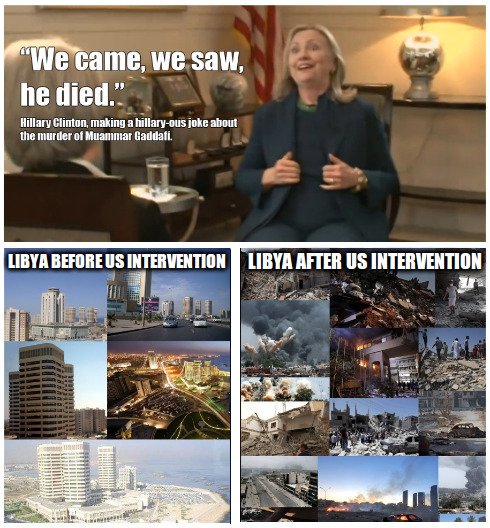 
Other than the whiners -- and they e-mail here too -- what ticks me off in e-mails?

"You were for Trump!"

I wasn't for Trump.

I knew he would get the nomination.  Even before he did, I said I wouldn't vote for him.

This pre-dates his political career.

This is all in the archives.

Then there are the e-mailers who insist I ragged on parts of the country who voted for Trump.

I don't believe I ragged on any Trump voter.

I don't believe I insulted them ever.

My decision not to vote on Trump was based on my personal encounters with him.

That may or may not be the best way to base a judgment on whom to support for president.

But that's what I based it on.

I did rag on the cult around Hillary.

I didn't rag on Cher.  She's not a cult member.  She's also someone who takes courageous stands.  I disagreed with her only once and that was over her comments regarding other candidates.

I do oppose them.

Some people need to realize, cable 'news' junkies though they may be, they are not smart enough for politics.

That includes Aaron Sorkin and every idiot who's ever thought sexist Aaron understands politics (or deserves to be listened to).

Alec Baldwin can talk politics.  He has a basis and an understanding.  Doesn't mean he's right or wrong, just means he understand politics.

Too many people confuse the Chat & Chew with politics.  It's theatre and they're attracted to it as such.

They wouldn't know the first step in communicating, let alone in organizing.


Adam Kokesh is someone I have only love for.

We're from different political views -- he's further to the right, I'm further to the left -- but he tells the truth.  It's his truth and he tries to live by it.

Doesn't make life easy which is one more reason I admire him.

The John Nichols, Joan Walsh, et al crowd should be dismissed from their posts.

But they only got those posts because they played the media game of Fool The Masses.

It's not like any of them have any expertise.

Half of them -- including Paul Krugman -- aren't even decent writers.

They didn't get these positions because they challenge any norm or idea or construct.

They got their positions with the understanding that they would be part of the fakery.

If you pushed back against that -- ask THE YOUNG TURKS -- you found out they didn't want you in their circus anymore.

Or ask yourself why Cynthia McKinney didn't get THE PROGRESSIVE or THE NATION or IN THESE TIMES clamoring for columns from her.

Cynthia won't play footsie.  She'll tell her truth and that makes her threatening.

Let's tell a truth here just to underscore how craven these hucksters are.

We defended Cindy Sheehan when the government was coming after her.

Matthew Rothschild was then in charge of THE PROGRESSIVE.

People were forwarding their e-mail replies from him where he was saying, "Oh, yes, this is important.  Oh, we must address it."

And he never did.

Standing up for Cindy was too 'controversial' for THE PROGRESSIVE after Barack became president.

They stand for nothing.

The world's on fire and has been but they've looked the other way.

Now Trump being president has them in a panic?

Their self-absorption is something to see.