I really (and wrongly) thought that the kiddie tastes would have passed by now and that albums would be in vogue.  The kiddie tastes, for example, in the early 60s sold 45s but soon we had album artists.

Streaming has re-started the entire industry and apparently we're still in the singles (45s) mind-set.

If you release complex albums, rewarding ones -- all most are interested in is knowing does it have a single you can play on your phone at the lunch table?

If not, they pass. 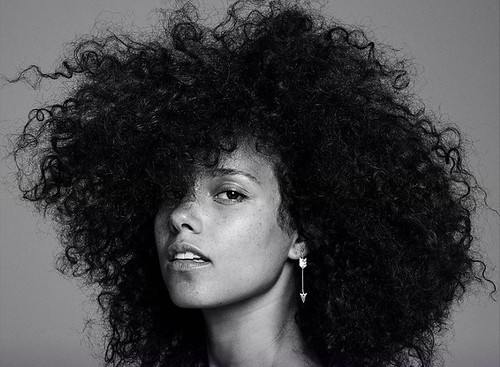 1) Alicia Keys released the best album of 2016, HERE.  This album is a smooth ride through troubled waters.  This is the work of an artist coming into their own.  "Pawn It All" still grabs me:


On a better label, "Pawn It All" as a third single could give the album a new life. 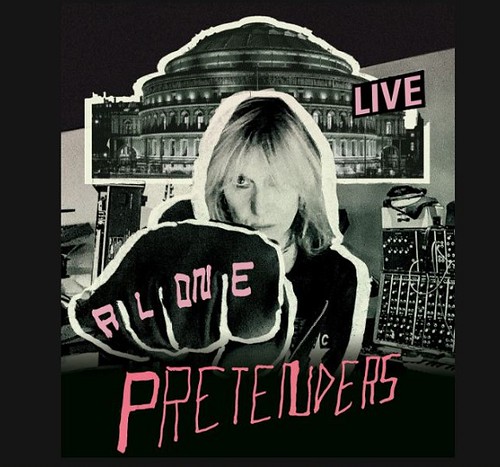 2) Pretenders's ALONE.  I really thought Chrissie Hynde and company had it sewed up for the year's best -- and they would have had it not been for Alicia's late release.  Even so, the band came up with a solid album, a worthy classic to stand with LEARNING TO CRAWL and THE ISLE OF VIEW and PACKED.  Worthy songs and sung by our the rock era's most important and most underrated singer. 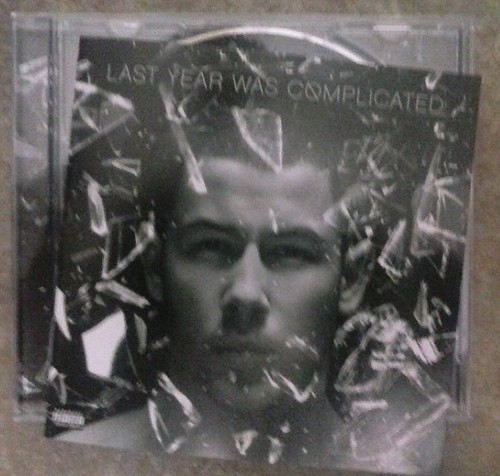 3) Nick Jonas's LAST YEAR WAS COMPLICATED should make music fans wish every 12 months was hard on Nick because, damn, did "last year" produce a great album.

That's him performing "Chainsaw" live.  If you've heard the song, you've already hit the stream button.  If you haven't, don't shortchange yourself, take a listen and see if you aren't impressed. 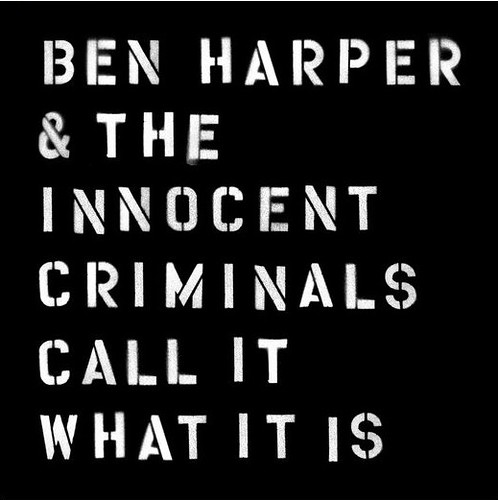 4) Ben Harper and the Innocent Criminals' CALL IT WHAT IT IS.  Ben Harper is everything that Bruce Springsteen was supposed to be back before Bruce became an elderly senior citizen and DNC spokesperson.  John Landis, for those who don't know, was always selling Bruce to the music press, prior to BORN IN THE USA, as a radical -- his term "radical."  That's wasn't music, though.  That was supposed to be politics.  Bruce was never a radical -- but that did get his Phil Spector knock offs a lot of press they wouldn't otherwise deserve.  Maybe Ben needed a liar in his camp to get his music exposed?  Like Bruce, he likes classic genres.  Unlike Bruce, Ben can rock out in them and make them his own.

This is the fifth of five classic albums he's released in the last ten years, the other four being: 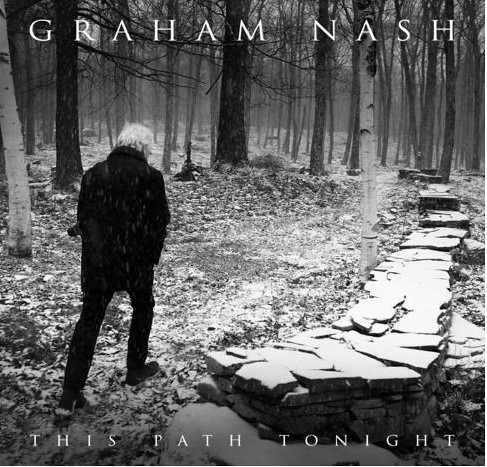 Until this year when he proved to be a rare male thing -- an artist who can grow up.  Joni Mitchell can grow up, Carly Simon can grow up.  But far too many men are like Carole King, still acting as though they're teenagers about to go on their first date.  They don't write with perspective and they think, at 60 and beyond, they can still pretend they're James Dean. (Someone tell James Taylor that Dean had a full head of hair.)

Graham wrote a moving album because he embraced the life he's lived and the experiences it has provided.  THIS PATH TONIGHT is the album of his career.

6) Sting's 57TH & 9TH.  In the music industry before streaming beat out CD sales, it made sense to release the album (on vinyl, then cassette and then CD) for Christmas shopping if it was by a known artist.  This tended to inflate fourth quarter earnings and please the stock holders.  But we don't live in that world anymore.  Releasing this album November 11th was a galatic mistake.

First off, the election was all anyone was talking about.  Second, there was no time to build enthusiasm for this release.

What in the hell was the label thinking when Sting dubbed one song "One Fine Day"?

Over and over, I had e-mails asking why he was releasing a live album of covers?

Live album?  The title 57TH & 9TH made people think this was the location of a concert in New York City.  "One Fine Day" made them think he was covering the Chiffons' 60s hit and that this was a live album of covers.

This album needed promotion and it needed time to reach the listeners.

I can't find a video of "One Fine Day" not being performed live, but there's Sting performing it at the Nobel Peace Prize Concert.  I stress, 57TH & 9TH is not a live album nor a covers album, it's all new songs written by Sting.

7) Roseanna Ball's TIME.  This is an incredible album.


I didn't realize it was out here.  I was planning to give it a shout out at the end of the look at music for an album you should check out in 2017.  I knew it had been released in England.  Turns out it was also released here -- at the start of 2016..

Every song is a universe unfolding on this album.  I got to know this album via repeat listenings -- when we're on the road speaking, it's one of Ava and C.I.'s favorites to play -- after a few listens, it also became one of Wally and my favorites.

Roseanna Ball is amazing.  Yet she doesn't even have a Wikipedia entry.

If you're looking for real and true art and want to listen to something everyone's apparently not listening to already, check her out. 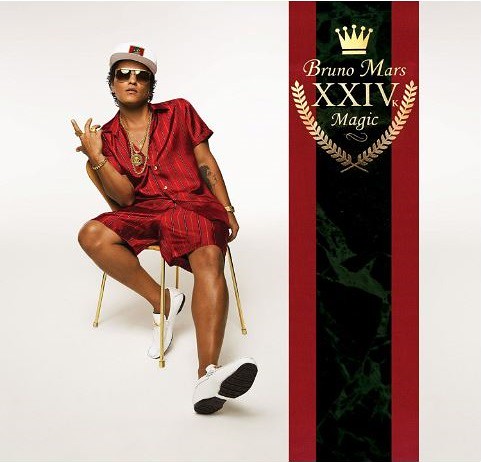 8) Bruno Mars salutes the 80s and 90s with 24K MAGIC.  We need more ballads, Bruno, but this album will do for now.  Also, maybe next time you salute the 80s and 90s, hook up with an artist like Jody Watley for a duet or two to really bring the album alive.  Too often, the album chugged along on cruise control when it should have been burning rubber.

9) The Rolling Stones' BLUE & LONESOME.  This should have been a better album.  I listened repeatedly wanting to write a rave.  In 2005, I raved over A BIGGER BANG. Even so, I don't feel like I gave it the credit it deserved.  This was an ass kicking, awesome Stones album.  Yeah, yeah, we hear that with every release.  And since DIRTY WORK and STEEL WHEELS were not TATTOO YOU or even UNDERCOVER, we end up having to downgrade a positive review for the Stones.  But A BIGGER BANG has lived up to the praise I gave and, in fact, lived beyond it.  This album has never not been played in a six month period by me.  So I really, really wanted to give the Stones their due on their latest release BLUE & LONESOME -- an album of blues covers.

I like it.  I just don't love it.  To cite only one reason, Mick Jagger on the harmonica.  I recoil from that on this album the way some recoiled from the Kozmic Blues Band performance on Janis Joplin's I GOT DEM OL' KOZMIC BLUES AGAIN.

And speaking of Janis, where are the women?  Why trot out Eric Clapton on this album?  Keith Richards and Ronnie Wood combined can't get across a blues guitar?  I think they can and do.  But a duet on this album might have helped it seem a little different.

While Janis is gone, Tina Turner is alive and just turned 77.  The woman who taught Mick to dance and who saved his otherwise embarrassing Live Aid performance could have provided such much needed spice to this album.

Then they wouldn't have needed that tarted up video for "Hate To See You Go" (Kristen Stewart, even with your tits bouncing around and you pouting profusely as you worked the stick shift, you never came off as more than a tool for a bunch of old men to try to look relevant).

Its a solid album but it could have been so much better. 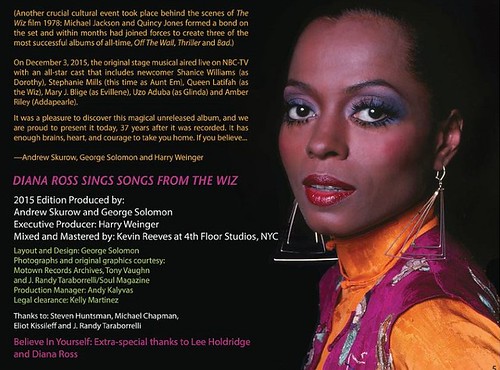 10) Diana Ross' DIANA ROSS SINGS SONGS FROM THE WIZ. This album came out in 2015 -- November 2015.  I looked for it everywhere and then decided talk of it has been some sort of internet rumor/hoax.  Then C.I.'s singing along to it and I'm like, "Must be nice to be a friend of Diana's, means you get special releases that the rest of us can't get."  And C.I.'s like, the album was released, but Motown's only put it out as a stream.

This is a classic album and it's a release from the Motown vaults.  Diana recorded it and the plan was to release it shortly after THE WIZ.  That didn't happen.  At the end of last year, Motown apparently decided to cash in on NBC's mounting of THE WIZ by releasing this album but most people missed it because they either didn't know or were looking for it next to the DVDs of the NBC live musical.

If you missed it, you really missed something.

The year-in-review pieces up here: