Tuesday, January 2, 2017.  The Iraq War continues but look who's back after leaving in a dramatic huff and now saying that the Iraq War ended in 2017.

It's difficult to tell who's more of an idiot: Peter Van Buren for writing "2017: The Year the Iraq War Truly Ended" or THE AMERICAN CONSERVATIVE for publishing the piece?

The year 2017 saw America’s serial wars in Iraq ending with a whimper, not a bang. And in the oddest of ironies, it may be that Donald Trump, the fifth president to preside over U.S. military operations in Iraq, has more or less ended it, whether he had much to do with or not.
With Baghdad declaring victory over ISIS (with U.S. military and Iranian assistance), U.S. officials say the number of troops remaining there could end up being far lower than the 5,500 there today. The lowest since the invasion in 2003.

So, Peter, the US troops are all coming home -- all?

And ISIS is no more?


And XINHUA didn't just report on Sunday, "At least three people were killed and nine injured in attack by Islamic State (IS) militants in Iraq's central province of Salahudin, a provincial security source said. The attack occurred before dawn when gunmen, believed to be IS militants, attacked the village of Farhatiyah in Es'haqi area, some 60 km south of the provincial capital Tikrit, the source told Xinhua on condition of anonymity."?

Or, last week: "A local leader of Islamic State (IS) group and two of the group's militant were killed Friday in an airstrike in Iraq's eastern province of Diyala, a provincial security source said."

A local leader of Islamic State (IS) group and two of his aides were killed Monday in an airstrike in Iraq's eastern province of Diyala, a provincial security source told Xinhua.
The Iraqi aircraft bombarded an IS hideout near a village named Sansal, some 45 km northeast of the provincial capital Baquba, destroying the hideout and killing the three militants, the source said on condition of anonymity.


Peter Van Buren also seems to have missed what Richard Sisk (MILITARY TIMES) reported last week, "U.S.-backed forces were in the process of 'crushing the life' out of ISIS but 'the war is not over' in Iraq and Syria, Defense Secretary Jim Mattis said Friday."

Somehow they all didn't get the same memo Peter Van Buren did.

Poor little Disney princess, "But after some six years and over 2,000 posts, I’m gonna do something else. Not sure just what yet."

Well apparently "something else" is provide the musings of a mad man.

The Iraq War is not over.

Peter Van Buren might be, but the war is not over.

For someone who whined about how he was being attacked on all sides for trying to provide context to now write this junk?  Rather embarrassing.

But then his whole cross climbing was.

As Stevie Nicks says, "Who in the world do you think that you are fooling?  Well I've already done everything that you are doing."


"Two Kinds Of Love," written by Stevie Nicks, Rupert Hine and Rick Nowels, first appears on Stevie's THE OTHER SIDE OF THE MIRROR.


Peter's had his drama and his stomping off the stage moment.  Now he's back and the big question is: Why?

That's what he wants to offer?

In August, he's whining that no one wants to listen to reality.

So he returns with the lie that the Iraq War is over and it ended in 2017?

You make it so hard to miss you.

"Well it's hard on my heart"
Said, "Well open your eyes"
"Yeah, it gets harder every day"
Said, "I need to know now "
Soon you will be gone
Take your violet and blue
Mornings with you
-- "Violet and Blue," written by Stevie Nicks, first appears on the AGAINST ALL ODDS soundtrack


Soon you will be gone, Peter Van Buren, but not soon enough.

"Going forward, Trump is unlikely to pull troops out of Iraq entirely, having seen the political price Obama paid for doing so in 2011."

What political price did Barack "pay for doing so in 2011"? 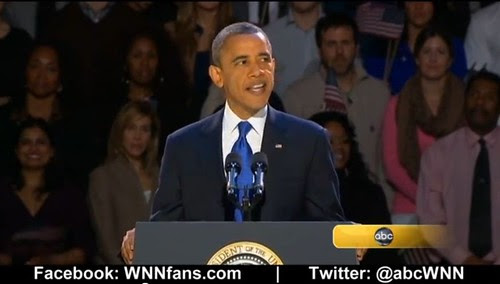 The country was transformed to the elephant in the room for 2012 that no one could be honest about.  President Barack Obama  lied that he'd 'ended' the Iraq War, he misled people into believing that all US troops had left Iraq, and he failed to inform Americans that he was negotiating to send even more US troops into Iraq.

While the uninspiring victory speech last night blended The Hollies "He's Not Heavy, He's My Brother" ("The road is long") with Jerry McGuire ("You've made me a better president"), it also made clear that the administration was on fumes even before the second term officially begins in January.

The administration is as empty as the media.  If you doubt that, September 26th, the New York Times' Tim Arango reported:


September 26th it was in print.


If Barack's sitting before them and he's flat out lying to the American people, it's their job to ask.  They didn't do their job.  Nor did social menace Candy Crowley who was apparently dreaming of an all-you-can-eat buffet when Barack was babbling away before her about how he wouldn't allow more "troops in Iraq that would tie us down."  But that's exactly what he's currently negotiating.

But she was only one of the three moderators.  Bob Schieffer and Jim Lehrer also moderated.  Of course, they didn't foolishly self-present as a fact checker in the midst of the debate  nor did they hit the publicity circuit before the debate to talk about how they were going to show how it was done.

Barack lied and Americans will face that or not.

He wasn't the only one.

And if Cassandras like Ava and myself had been listened to back then, all that followed might have been prevented.

Along comes Peter today with lies -- (a) the Iraq War has ended and (b) Barack paid a political cost for removing some troops (it was a "drawdown" not a "withdrawal" per the Pentagon -- though not a lot of people wanted to grasp that).

A lot of people are still paying the costs.

Local officials say thousands of people, mostly men and teenage boys, remain missing in the wake of Iraqi victories against the Islamic State group.
In Mosul alone, more than six months after Iraq declared victory, more than 3,000 people remain unaccounted for. Some are believed to have been killed by IS, while others were detained by security forces on suspicion of extremist ties.

But war is over, if Peter Van Buren says so, apparently.

At a time when so many of us are begging Americans to pay attention, along comes Peter to declare, "Nothing to see here, folks, move along."

What did Peter do when he worked for the State Dept?

It's fairly clear that he didn't do analysis.

Turn to the blue crystal mirror...well as always it is truthful
Oh, well you see it in the reflection of the real blue lamp
Well tie the connection...get some ribbons and some bows...get back
out on the road
-- "Juliet," written by Stevie Nicks, first appears on THE OTHER SIDE OF THE MIRROR


There's more honesty in a chorus of a Stevie Nicks' song than in the "over 2,000" blog posts Peter Van Buren's contributed in the last years.


In addition, these were the end of the year pieces in the community: