Friday, January 19, 2018.  Chaos and violence continue and it's getting harder and harder for Hayder al-Abadi to spin present day Iraq as 'success.'

I'm under 25 & I know who Ashleigh Banfield is. She was the reporter on NYC streets during 9/11. She interviewed Taliban prisoners during the Iraq War. & She's the woman who made sure Brock Turner's mugshot was on CNN. IDK who TF Katie Way is, but she's no journalist.
9 replies90 retweets419 likes

Actually, Jailain, I'm not sure you know who Ashleigh Banfield is.

Her most courageous moment was regarding the Iraq War -- and that was calling out the coverage of it.

You do mention the Iraq War but I'm not sure you understand that either.  Taliban?

Did you study with Dick Cheney?  Was Bully Boy Bush your tutor?

The Taliban is in Afghanistan.

As for Katie Way, I detest the article she produced (the bad date = abuse nonsense).  But she is a journalist.  And the fact that you're Tweeting about her underscores that.

And I doubt Katie Way would confuse Afghanistan with Iraq.


Iraq where the greed keeps the foreign fighters on the ground . . .

The greedy swoop in.  Iraq's a country with double-digit unemployment (16% is the official number).  An oil rich country that can't take care of its citizens.  Where does the money go?  Don't ask Hayder al-Abadi -- he's spent three years now insisting he was going to fight corruption.  They can do show trials of Sunnis they wrongly call members of ISIS and carry those trials out in 15 minutes but somehow it's different for the corrupt.  Probably the difference results from the fact that the ones stealing from Iraq are the political class.


A country of widows and orphans.  That's what the Iraq War has created and continues to create.

Government of Iraq‏Verified account @IraqiGovt Jan 18
The number of Iraqis returning to their home has now surpassed the number of IDPs in Iraq. With the support of its local and international partners, the @iraqigovt will continue working to ensure the safe and dignified return of all displaced Iraqis to their homes and communities 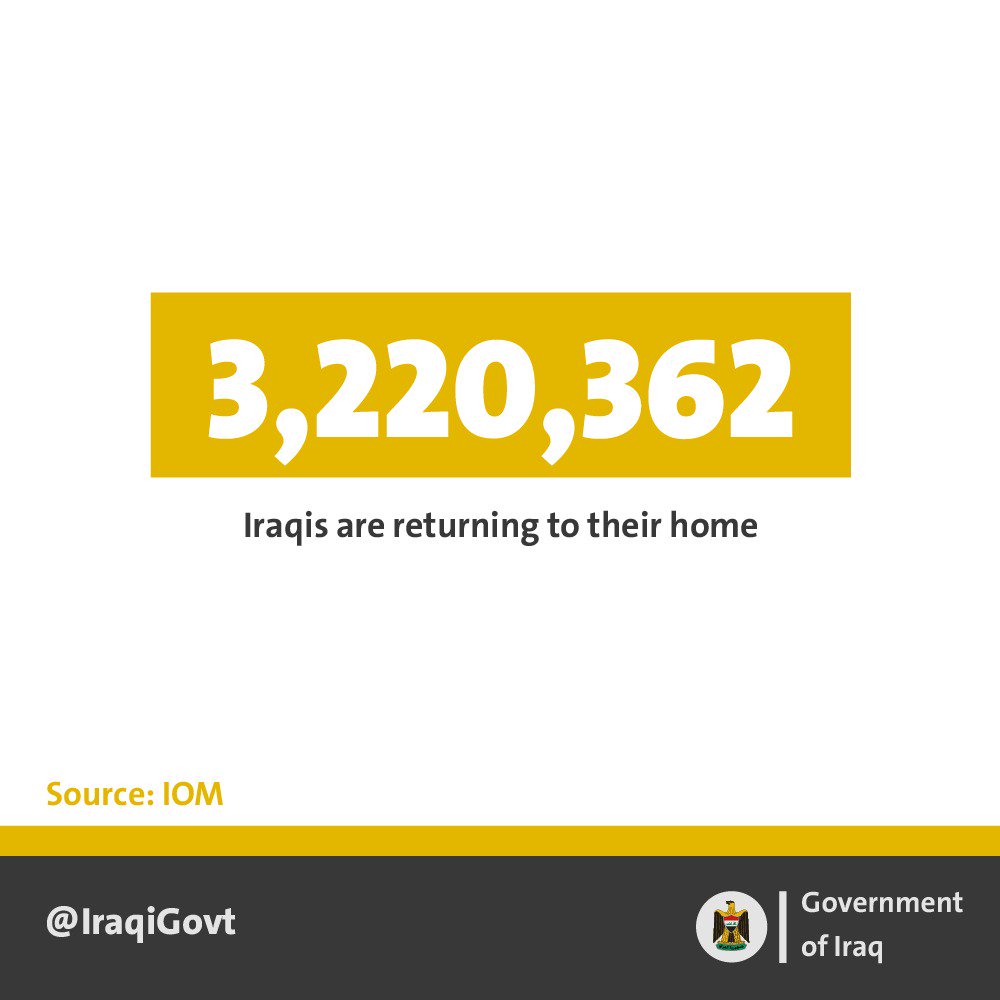 He also forgets the issue of the ages of the displaced.

About half the 2.6 million people displaced in Iraq after a three-year war with Islamic State militants are children and persisting violence hampers efforts to ease their suffering, the United Nations said on Friday.
While the Baghdad government last month declared victory over Islamic State after wresting back almost all the territory IS seized in 2014, persistent bombing and shooting attacks make it difficult to rebuild the lives of displaced people, according to UNICEF, the U.N. children's agency.
"We believe that as a result of the conflict, a lack of investment over the years, and the poverty ... that there are 4 million children now in need across Iraq," said Peter Hawkins, UNICEF chief representative in the country.


Not really a success for Hayder, no matter how he spins it.

From the US Defense Dept this morning:

Yes, the US continues to bomb Iraq.


It says it's targeting ISIS.

That sort of contradicts Hayder's boasts of triumph.

As does the continued violence.  WORLD BULLETIN reports, "At least three civilians were killed Friday in two separate bombings in Iraq’s Baghdad and Diyala provinces, according to local security sources."  And the death toll has now climbed to four with at least two people left injured.


'Success'?  Does that also include the continued targeting of civilians by Hayder's militias?

#Kirkuk and #TuzKhurmatu have seen widespread violations against Kurds since the military takeover of the disputed areas by the Iraqi army and Iranian-backed Hashd al-Shaabi militias in mid-October. #SupportKurdistan #Arabization http://www.kurdistan24.net/en/news/f590ffe1-c028-4eea-b040-da04bd36b5a7 …
6 replies39 retweets69 likes


The more time passes, the less impressive he comes off.

Which is why he wants the elections to be held in May and not postponed.


The Iraqi parliament has failed to set a new date for the upcoming legislative elections, Iraqi media sources reported yesterday.
Media sources quoted Members of the Parliament (MPs) as saying that yesterday’s session was devoted to a secret ballot on holding the elections on either 12 May, the date that was announced by the Prime Minister Haider Al-Abadi, or in early December 2018.
During the session, Kurds and Shiites MPs both stressed the importance of holding elections on time, while Sunnis argued that it should be delayed.
Of the 260 MPs in attendance, 149 suggested a secret vote on the matter, but Shiite MPs objected, arguing it was illegal.
Parliament speaker Salim Al-Jabouri, a Sunni, decided at the end of yesterday’s session to postpone the voting session to next Saturday, after the “secret voting to delay the elections failed.”


If elections are going to take place in May, this vote needs to happen soon.  In the past, three months has been used as the minimum required to prepare for elections.  Electronic voting -- if paper ballots are indeed out the window in Iraq as some insist -- will not mean less time required since there will need to be training and planning to utilize those.

The US Embassy in Baghdad issued the following yesterday:


The U.S. government strongly supports holding the Iraqi national elections in May 2018, in line with the Iraqi constitution.  Postponing the elections would set a dangerous precedent, undermining the constitution and damaging Iraq’s long-term democratic development.
To that end, the United States is providing assistance that will help ensure that all Iraqi voices are heard and counted, including the approximately 2.6 million Iraqis who remain displaced from their homes in the liberated areas.  USAID is assisting in the training of local civil society groups in election monitoring and providing Iraq’s Independent High Electoral Commission (IHEC) with six elections advisors who will help IHEC strengthen its electoral systems, personnel, and processes in the following ways:


Support for Iraq’s democratic institutions is a key part of the United States’ ongoing commitment to a federal, democratic, prosperous, and unified Iraq.  By exercising their constitutional right to vote, Iraqis will signal their commitment to governance through peaceful processes rather than through violence.